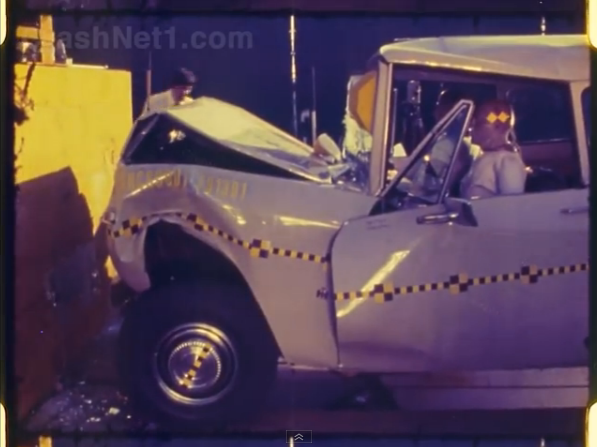 Crash testing has been a vital and mandatory part of new car launches for many, many years. While we can sit here and complain about stuff like new car weights and shapes, the facts regarding how many people live through accidents these days speak for themselves. For better or worse, our cars are becoming more and more like little personal security tanks. Well, that wasn’t the case in 1979 and frankly we’re not sure if back then anyone gave a rat’s ass about how well a car or truck did in testing or if all of this was just being done for data gathering purposes.

These videos below represent a wide range of cars and trucks from the middle through the late 1970s. We’ve got cool stuff like a Firebird and an International Scout. We’ve got more mundane stuff like a Buick and and Olds, and we have some off the wall stuff like a couple of motorhomes. When you see today’s cars crash tested they bend and buckle and fail in ways they are designed to to keep occupants safe and sound. Back then, a padded dash and collapsable steering column were about it unless you were one of the extreme minority actually putting a seat belt on every day.

Destruction in the name of science. That’s an idea we can sign off on!

SCROLL DOWN AND PRESS PLAY ON THE VARIOUS VIDEOS TO SEE A PLETHORA OF 1970S CRASH TESTING ACTION!

Watch This Big Block Powered 1968 Camaro Hang With Can Am Cars And Sports Cars and More The Big One: Watch This Brazilian Drag Car Blow Up In A Blazing Fury - Wild In-Car Video!

One thought on “Video Bonanza: Crash Testing Videos From The Late 1970s! Scout, Firebird, Trucks, You Name It!”