Update: We Got More Info On Wes Littrell’s Home Built Retro Drag Special. Its Ford Powered, Blown, And Hauls Ass. We Love It! 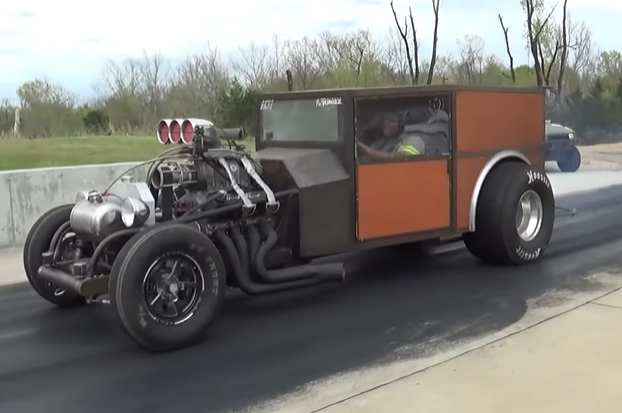 I wish I had more to tell you about Wes Littrell’s bitchin machine, but it was like pulling teeth to get any details from the guy that sent us the video link. What I do know is that this sucker is home built, has the feeling of an C-cab roadster with a touch of comp coupe and some funny car thrown into the mix. Who knows what the inspiration was, but I do like it. The video below shows a couple of runs at Bonne Terre Dragstrip In Bonne Terre, Missouri where this bad boy is running in the 4’s. I think these are some of the first runs with this one because it is a little soft early and definitely not running as hard as we bet it ultimately can. It certainly doesn’t seem like he’s leaving off the trans brake, so I think these sucker will be a bad ass when set on kill.

We do know that it has 588 cubic inches of Ford between the frame rails, and the blower on top of it is a 14-71 which we totally approve of. The mechanical injection isn’t a bad touch either. I know nothing about the trans and the rest of the drivetrain, but I expect it’s got a C6 and a 9 inch.

Editor’s Note: After posting this up yesterday we got an email from Wes with more info about the car, as well as some cool photos.

Here is what Wes sent us.

This is Wes Littrell the owner of the truck. It’s completely homemade 588 ci BBF powered, A460 block, 10.5-1 comp,   Trickflow A460 heads, eliminator blower intake, Littlefield hi helix mag blower, 15% over. 14 lbs of boost. Very mild tune. Powerglide transmission built by me with all parts and converter supplied by BTE. It weighs around 2900 with the driver. I built and fabricated everything. Engine, transmission, narrowed the rear axle, strut front end and all the chassis. The 4.90’s passes were footbrake with slicks that are completely shot. I appreciate you sharing the footage. Here’s a picture from a couple years ago from Street Outlaws. It was when it was a pickup with a straight axle and 618 alcohol injected engine. Ran 5.30’s back then. I have three race trucks. One had the 618 in it and looks very similar and the other one is the twin engine that looks like the pickup. I believe that you guys shared a video of them a couple years ago. I also have three homemade tow rigs. I just enjoy fabrication and being different. 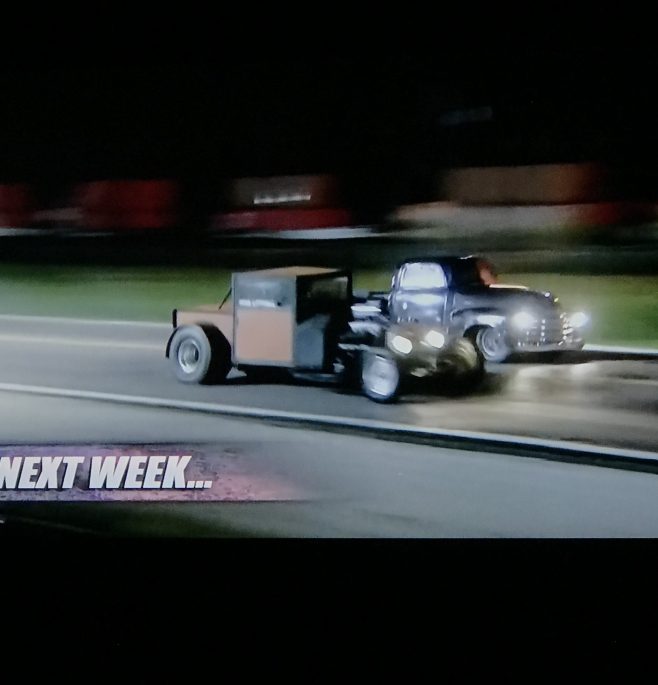 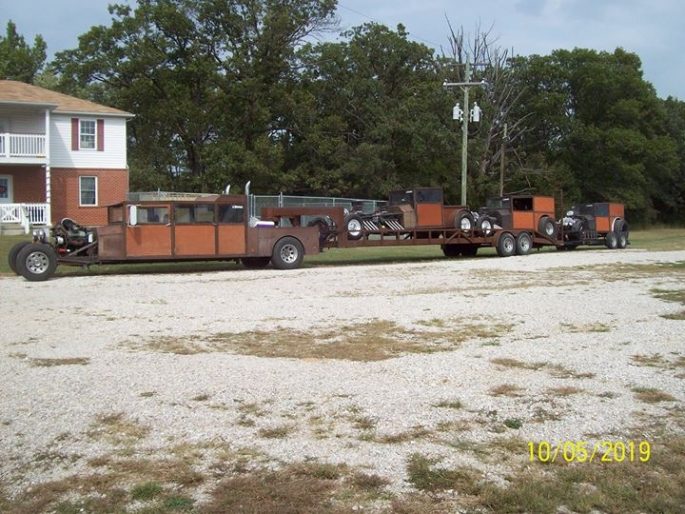 The Road To SEMA Goes Through NOLA Motorsports Park: Optima's Search For The Ultimate Street Car SEMA Quest Happy 4/20! Let's Look At The Awesome Duesenberg 420ci Straight 8 - A Technological Marvel Of Its Day

16 thoughts on “Update: We Got More Info On Wes Littrell’s Home Built Retro Drag Special. Its Ford Powered, Blown, And Hauls Ass. We Love It!”