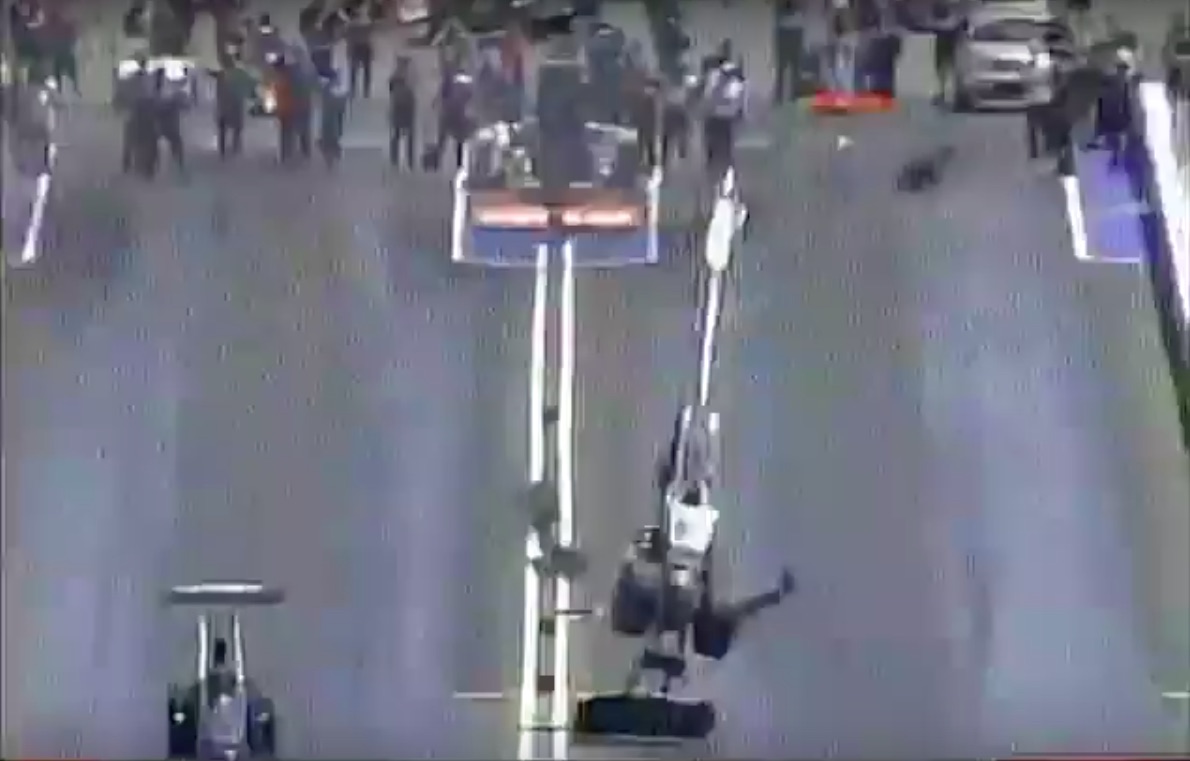 There are certain things that are cool to be “last” at. If you are in motorsports this is especially true. Maybe you are the last person to win in a certain class, the last person to win under a certain rules package, or maybe the last person to win a certain event. The sword has two edges, though. You do not want to be the “last” to suffer a weird or traumatic experience and before May of 2018, Kate Harker was the last racer to experience the horror of a blow over at an NHRA national event when her injected nitro burning dragster flipped over backwards at Sonoma in 2007. Steve Collier suffered the fate that year at Topeka, introducing a word back into the drag racing lexicon that was all but gone for more than a decade.

In Harker’s case, the Aussie born drag racer was back at the wheel a couple weeks after this wreck at Sonoma as her team purchased a car from Morgan Lucas and thrashed to get it prepared for the Brainerd race. She took a couple of good shots during this one and was thankfully OK. The landing is one thing but the additional kind of side slap as the car bashed into the wall is another.

Tom Conway was the crew chief on the car at this time and it was one of the toughest machines in the country. Harker had no way to stop the thing after the wheelie bar folded up and sent her skyward. Thankfully the driver int he other lane was able to rip down the track to safety. This one could have been a lot uglier.

1965 AHRA Winternationals Video Is Amazing - Full Production And Sound - Round By Round Results Everyone Is Welcome! Join Us For The Classic Instruments Open House And Poker Run July 31st!