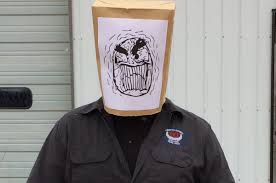 It’s been great reading the posts on the UPCG Facebook page. It’s good to know that I’m not the only person who walks out the door at the end of the night with a spiked temper and an equally tached-out blood pressure number, wondering where the human race went so wrong. Keep them coming…venting helps reduce the likelihood of strangling the S.O.B. that truly deserves it.

Here’s some of the latest off of the site:

Had to quit selling auto parts to the public because, well, I hate the public now! One of the last and finest encounters was shortly before I left. Guy came up to the counter slumped over and asked for wiper blades. I said “is the car outside?”….he quickly looks up, and in an obviously confused rage, says “DID YOU CALL ME CROSSEYED!!!???” It was at this point I realized his glasses had to be an inch thick and he was indeed cross-eyed! I fell to the floor in anguished, hysterical laughter as my manager gave me a nodding glance and went out and helped him. Once he was done with the gentleman, my manager took me into his office, closed the door, handed me a beer from his mini fridge, and we continued to laugh hysterically for around 30 minutes!

I almost lost it at one customer who had such a lazy eye that while ordering a cap and rotor, one eye decided to pack up and head west. While I’m talking to him, one eye is directly at me and the other is just slowly but surely drifting toward my left, like he’s looking at the manager’s office. “Awkward” ain’t the word for it. After he left, a co-worker walked up to me and did his best Joe Pesci impersonation: “Are you talking to me? Are you talking to ME?….seriously, are you talking to me, because you’re looking at the bathroom.”

As a Service Manager for a large, well known tire service center I wad given a fresh hire. 18 yrs old, no experience but “knew cars because he and his dad worked on them all the time.” I had him pull a car in for a rotation, 10 min. later he pulled it out. Curiously I asked him what the lug nut torque on that model was. He replird he didn’t know, he hadn’t had to take the kug-nuts off because it was just a rotation. I asked how he rotated tires without taking them off of the vehicle. His reply, with all the attitude in the world, was I put it in the air a rotated them. When I pointed out that they did exactly that rolling down the road, before I could point out that a rotation was changing their position on the vehicle, his gods honest response was “that’s why you spin them backwards….duh!”

Six words, kid: “Do you want fries with that?”

I think at that, I’d have some fun at his expense. “Sir, I’ve never heard of a Ford Mercury. Is it Canadian? Describe it to me.” 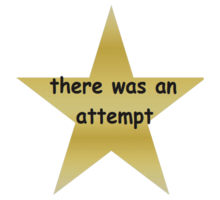