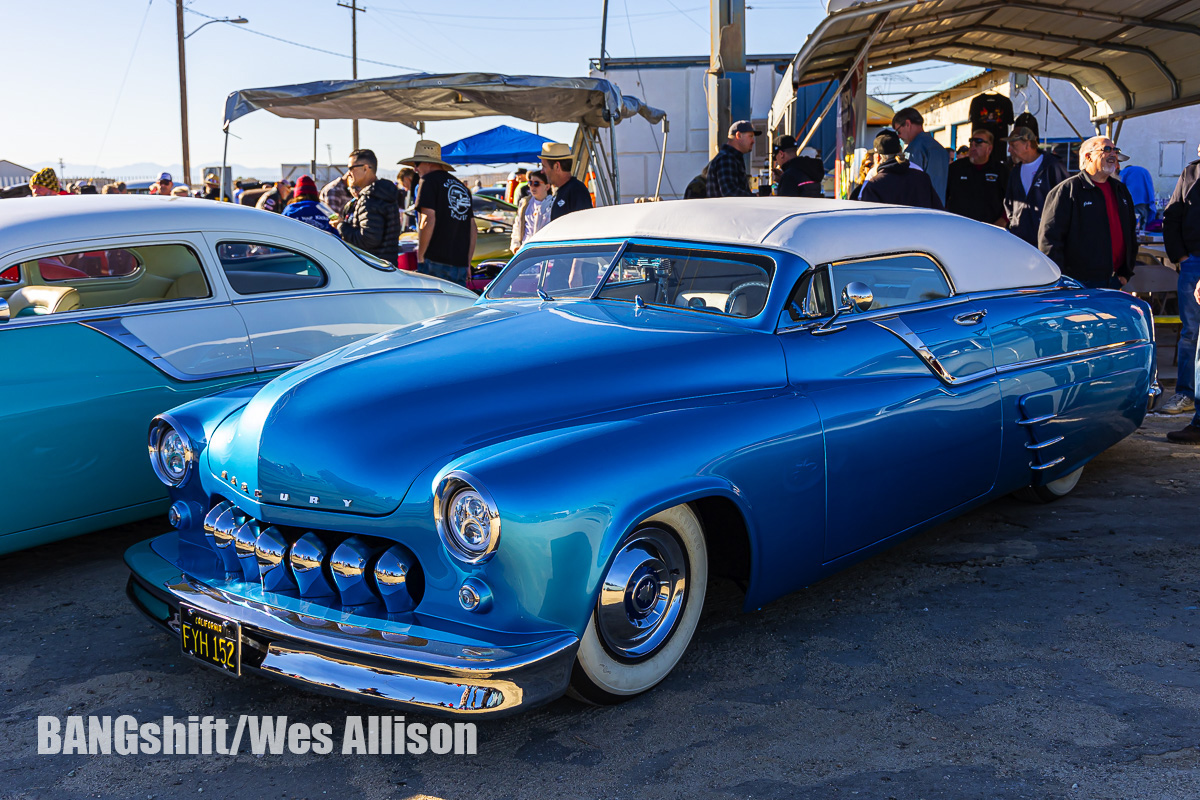 (Photos by Wes Allison) The Winfield and Watson Custom Car and Hot Rod Gathering is one of those must attend events that is more than just showing up for a car show. Located an hour and a half to two and a half hours north of most of SoCal, Gene’s place is located just south of Mojave not far from Edward’s Air Force Base. People often refer to a drive to Gene’s as a pilgrimage because in so many ways it is holy land for hot rodders. At 94 years old, Gene has seen a lot and built a lot and I’ve had the distinct pleasure of spending time with him on a few occasions. He’s a racer, a builder, a teacher, and a guy who lives life the way he wants, without stopping anyone else from doing the same. And we appreciate that.

Years ago Gene and Larry Watson, one of the finest custom car painters to ever hold a gun, started the Windfield and Watson Car Show along with the Rod Tossers Car Club. There is no grass at this show, no fancy buildings. Nope, it’s held at Gene’s place, which is a hot rod shop, a wrecking yard, and more all put together. Yes there are some vendors, and yes there are lots of show cars, but they are all sitting on desert dirt regardless of who’s car they are. It’s bitchin, and thankfully we’ve got photos to show you from the show thanks to Wes Allison.

Check them out below.

CLICK HERE TO SEE ALL THE PHOTOS SO FAR