Tennessee Autorama 2019: A Refuge From The Cold For Gearheads

Jan 13, 2019Bryan McTaggartBangShift Galleries, Car Shows, Gallery, Swap MeetsComments Off on Tennessee Autorama 2019: A Refuge From The Cold For Gearheads 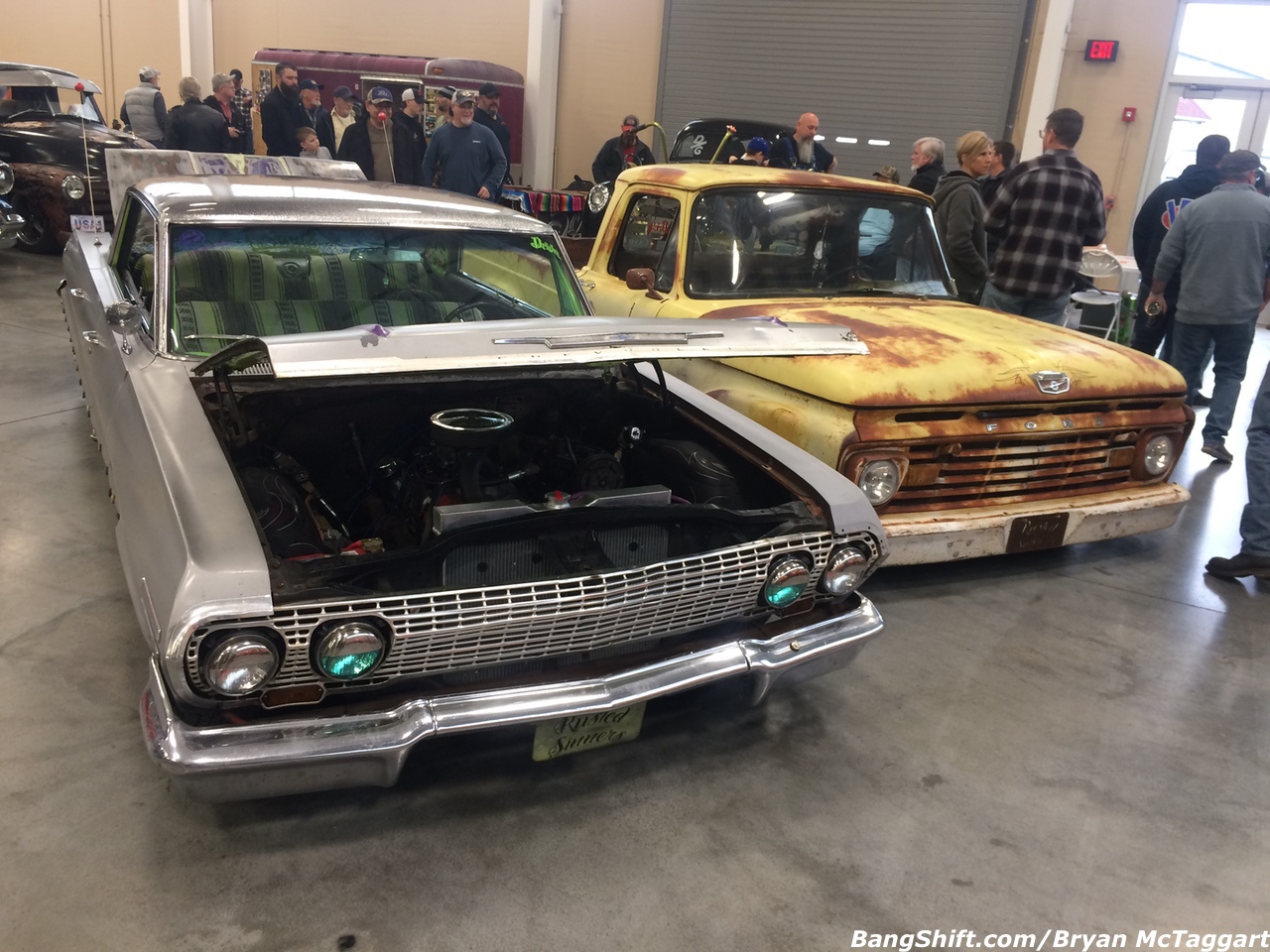 Winter has ceased being cute around BangShift Mid-West. We had been threatened with snow for the last couple of days, yet when I woke up to prepare for the drive down to Lebanon for the Tennessee Autorama, everything was coated in a half-inch thick layer of slush. It was like someone poured a slurpee all over the roof of the Cougar, that kind of nasty, dreary cold that a cheery snowfall isn’t. I wouldn’t mind a few inches of snow, really. But wet, sloppy and nasty conditions that leave my bones aching and my body begging for something hot to drink? Screw that.

Luckily, the Tennessee Autorama is an indoor deal, a split between a small show and a swap meet that fills up the Wilson County Expo Center. We’ve seen a few of the cars that are in here before (for example, the Impala from the lead photo has been at the Spring Redneck Rumble) but we enjoy meeting up with friends and acquaintances as we peruse some of what’s for sale. During my visit, “Uncle Tony” DeFeo and his wife Kathy were there and we spent a bit walking around and seeing what was up for sale. For example, you could’ve taken home a build-it-yerself dragster setup for $1,500, or a set of 1968-ish Shelby wheels on tires for under a thousand bucks. It might have been a small deal, but the people flowed through and deals were made, from toys and stickers to engines and more!

Here's A Recap Of All The Big Truck Action From Dakar So Far! Watch These Big Trucks In Action More Progress On The Mongrel Project: Sheetmetal Work Continues, Along With Some Rust Repair.