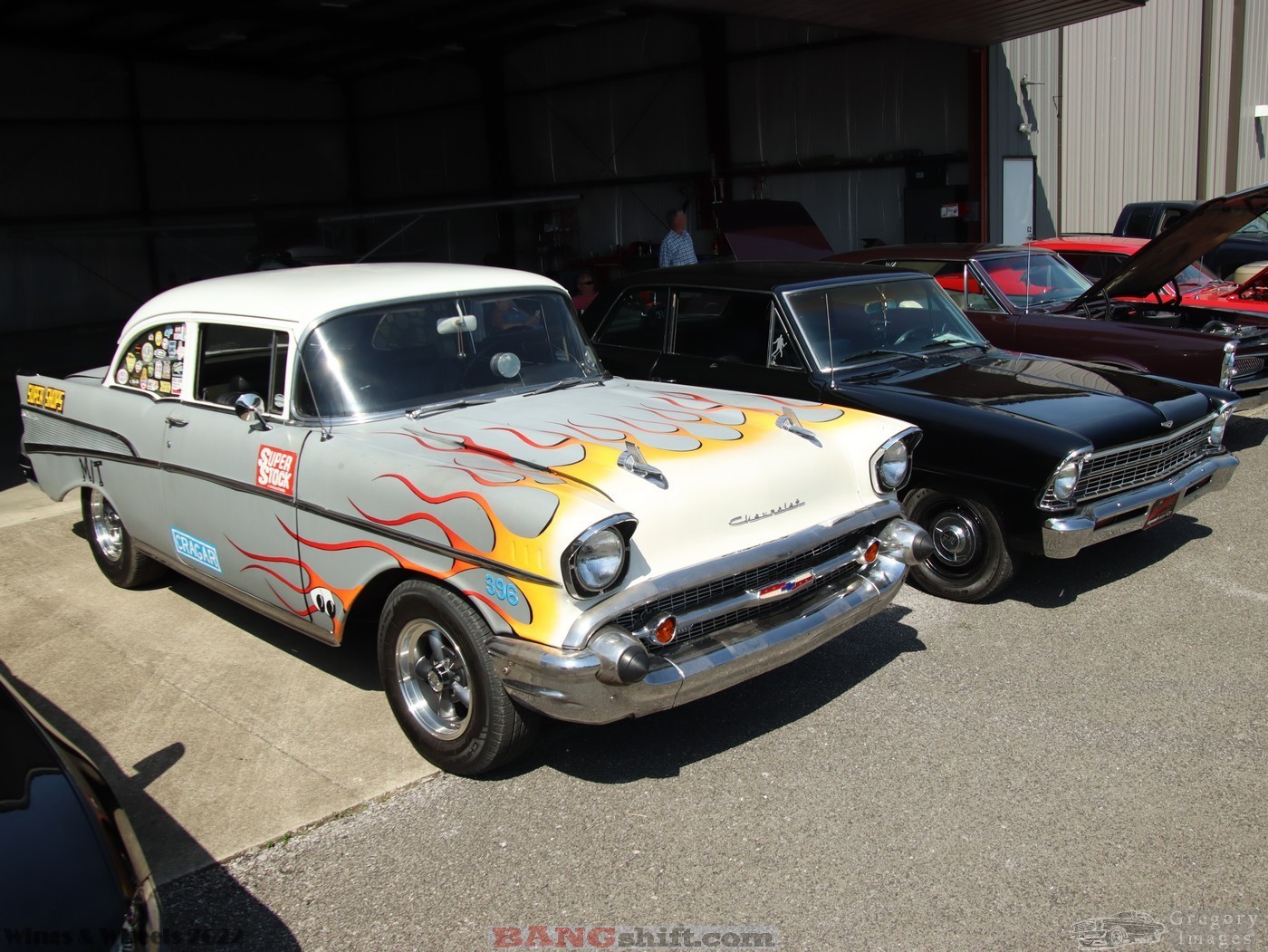 So we’re back with the 2nd half of the coverage from the Harrison County Airport’s cruise-in/fly-in event. In our previous installment I stated that pretty much any vehicle is welcome and historically has appeared. A Trabant racer owned by a YouTuber really puts the stamp of variety on the event. In here we’ve got a 4BT-powered square-body, a 4wd shoebox Chevy, a trophy-winning air racer, and a 90s Buick Roadmaster. As an added treat for the day my 22yr-old son got to take flight and shoot some photos of the goings on from altitude. We did not photograph everything and lots came and went while there and I am sure more passed through after our early exit. Next year we’ll try to get there earlier and stay longer. Enjoy.

(Words and Photos by Doug Gregory) Been a while since I have wrote much of anything so bear with me as I try to get going again. The Harrison County Airport in Cynthiana, KY has hosted a cruise-in/fly-in for some years now and the 2022 event saw a great turnout of machinery and humanity. We stopped in for a few hours on our way to Edgewater Sports Park to catch the Straight-Axle Mafia running up there (more on that in the future).

We got there a bit after it opened and it was already in full swing with aircraft landing and taking off in fairly regular intervals during our stay. The airport is a great setting for an event like this. Any type of vehicle is welcome so farm machinery, ATVs, muscle cars, classics, and modern stuff has been part of the mix since its inception. For me seeing shaft-drive riding mowers and three-wheelers was a big throwback. I had forgotten that stuff ever existed, but I now remember back when they were first introduced. I did not recall ever seeing an Allis-Chalmers rear-engine cultivator or plow and I grew up in North-central Oklahoma where antique farm machinery shows are almost a weekly occurrence. Likely it was a youthful oversight because dang…in my more-experienced years these days I tend to check out anything different and interesting.

Lastly, I am happy to report the Avanti is still Studebaker-powered and the owners are quite active among other connoisseurs of the orphan clan. Enjoy the photos and look for part 2 from this event.

Hustling Little Hottie: The 1994 Toyota MR2 Turbo Was Like A Baby Supra With A Price Tag To Match Gearhead Americana: Another Great Load Of Vintage Gas Station Photos From Decades Past - So Cool