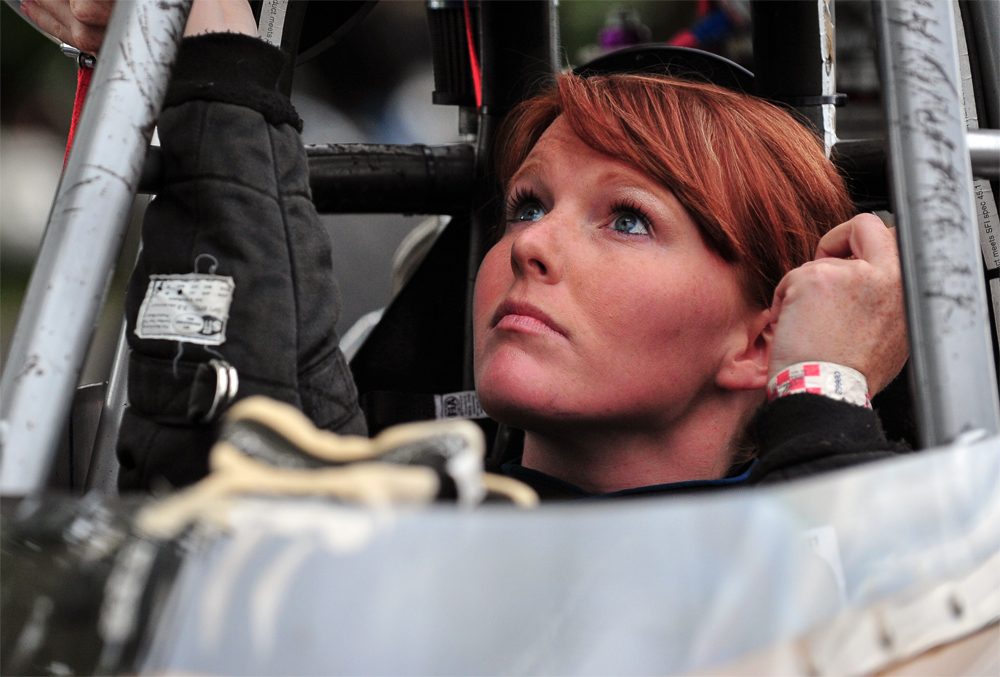 Words and photos by WinLight Communications

Sadie Floyd has never been one to simply sit back and watch. This week at NHRA’s 61st annual Chevrolet Performance U.S. Nationals, the motivated driver will be in the heart of the action as she fulfills a goal that many only dream of by making her national event debut at Lucas Oil Raceway at Indianapolis. Floyd will campaign the Super Comp dragster owned by sportsman racer Randi Lyn Shipp – the NHRA Stock Eliminator winner two weeks ago in Brainerd – and sportsman and Pro Stock competitor Bo Butner. 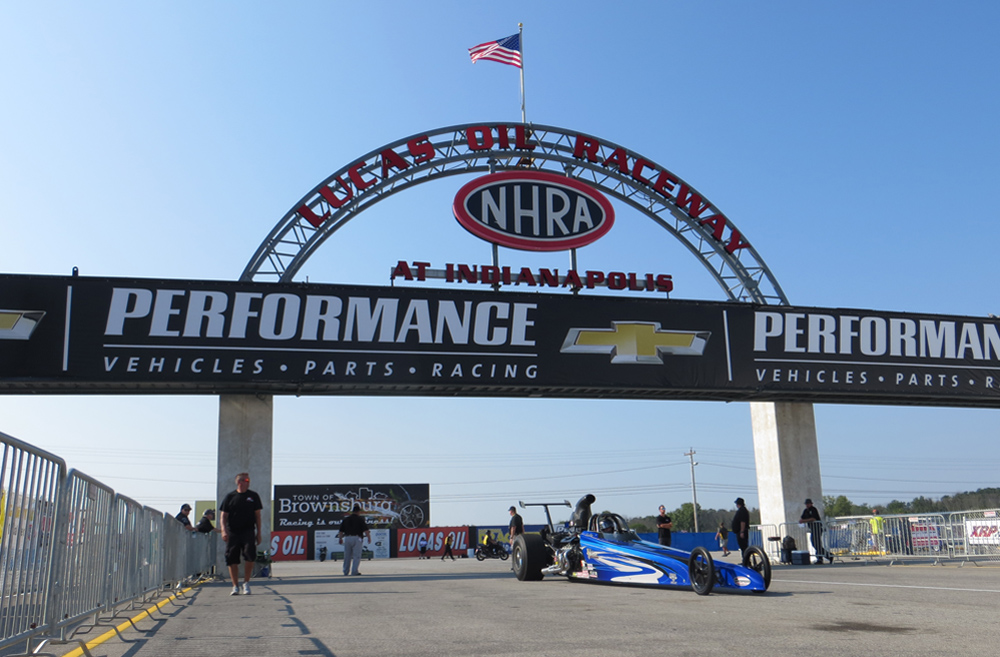 “To make my debut at Indy is really a big deal for me and my family,” said Floyd. “My dad always talked about Indy when I was growing up, and to race there for my first national event – crazy! A lot of racers only dream of getting opportunities to race at the U.S. Nationals, and I can’t thank Randi Lynn Shipp and Bo Butner enough. I hope to make them proud.”

Although the U.S. Nationals will mark her first foray into national event competition, Floyd has been racing competitively since she was a child. Now 25 years old, the Mooresville, N.C., resident laid out her career goals at the age of 10. One year later, she ventured into NHRA’s Jr. Drag Racing League and has been picking up speed ever since with the support of her family, including dad and Division 6 racer John Floyd, mom Lori, and boyfriend Dallas Glenn, an accomplished sportsman racer who travels the circuit as a crew member on an NHRA Pro Stock team. 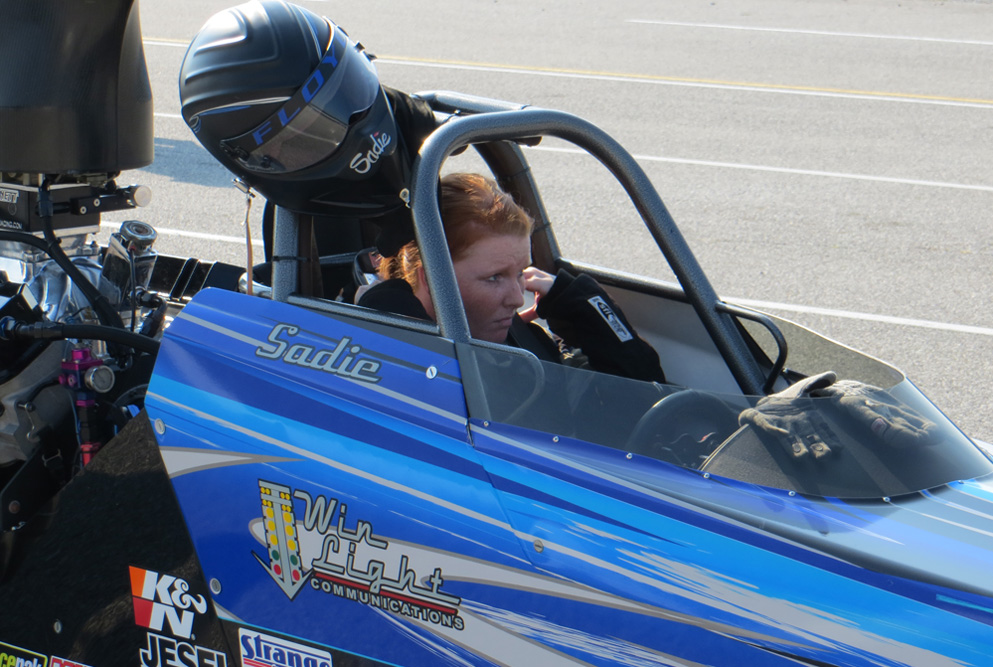 Floyd’s story is certainly not the norm. An Acute lymphoblasticleukemia (A.L.L) survivor, she was declared cancer-free at the age of six. Living life to the fullest has always been a passion for the ambitious Floyd who became a regular winner in the Jr. Drag Racing League, and she is proud of the trophies and plaques commemorating each accomplishment in those early years.

Floyd closed out the first leg of her driving career and graduated from the youth series as the 2007 Portland International Raceway Jr. Lightning champion. She moved up to Super Pro at Woodburn Dragstrip and finished in the top 10 each season. Floyd has competed in Pro and Super Comp and was honored to finish in the top 10 in both 2012 and 2013 in her Top Dragster among an assortment of talented drivers. 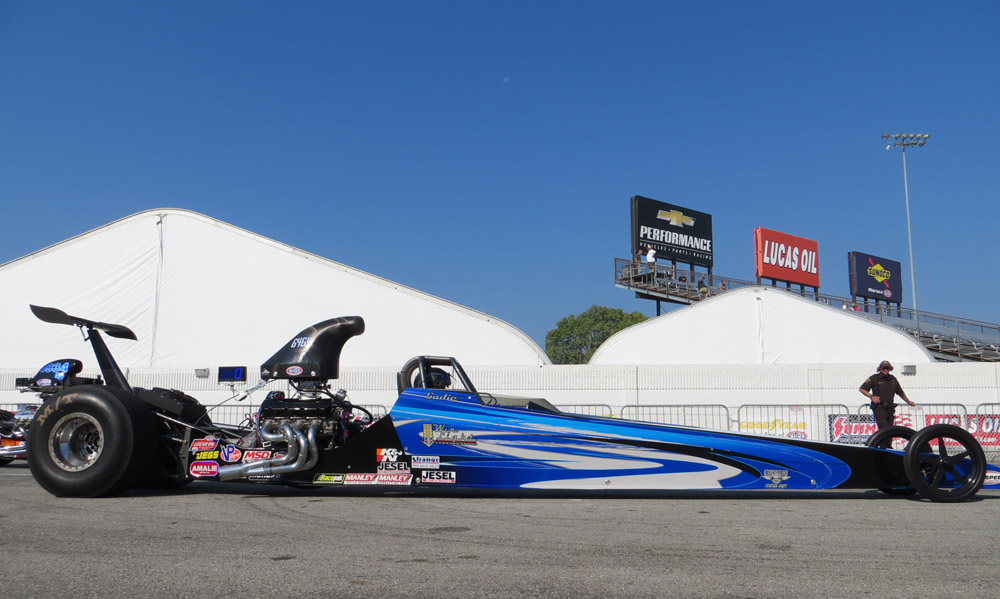 “Super Comp is a real competitive class, and I’ve been doing what I can as a driver to keep sharp and show the competition what I’ve got at Indy,” said Floyd, who is also a Public Relations representative for WinLight Communications, a Nashville-based firm that provides support for some of the top drivers in NHRA’s Mello Yello Drag Racing Series. “The best of the best will be at Indy and I think with my experience and the experience from the Butner’s camp, we should have some really good races ahead of us. I’m really looking forward to it! This truly is a chance of a lifetime.”

Roadkill Takes On LeMons! (Again.) Does The Rotsun Have The Guts To Take On The Battle Of The Beaters? ACED: AutoCross Every Day! Ride Along In Bob Bertelsen's Orange Rush C10 At CAM Challenge