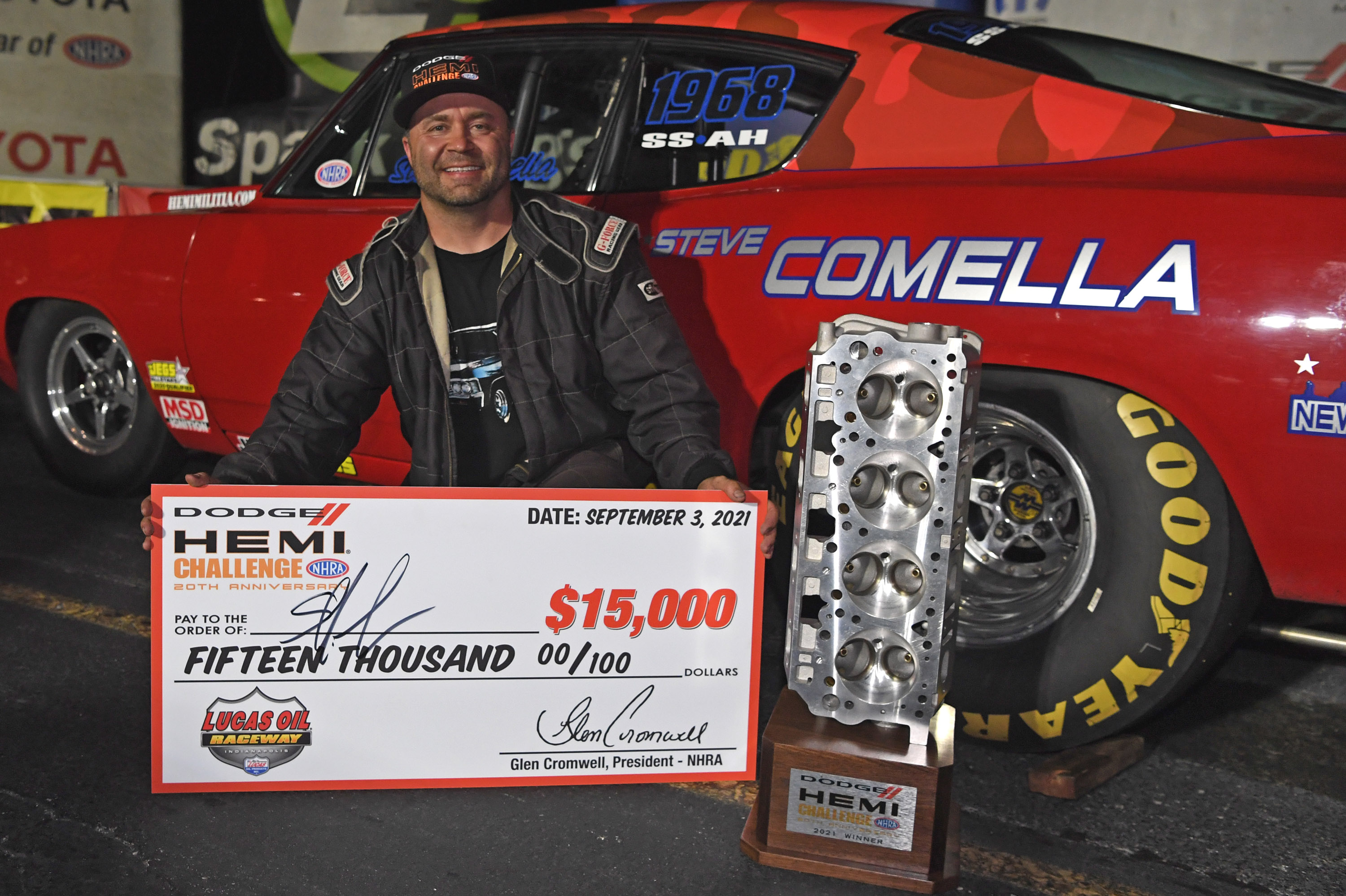 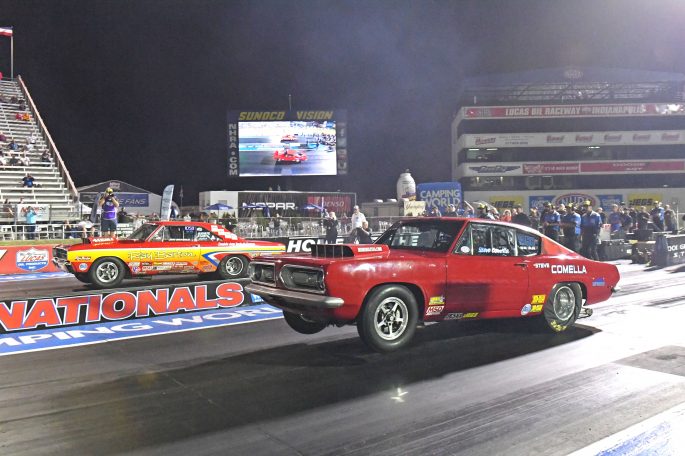 Comella earned the victory at the fan-favorite classic muscle car competition from the No. 1 qualifier position with a dominant performance through eliminations to advance to an exciting final where he defeated Jim Daniels Jr., four-time (2016-2019) Dodge HEMI Challenge winner. He drove his iconic Super Stock ’68 Cuda to an elapsed timed (E.T.) run of 8.364 seconds at 161.17 mph to beat his opponent’s 8.423 sec/ 158.02 mph pass under the lights at Lucas Oil Raceway in a late night showdown during the 67th annual Dodge//SRT NHRA U.S. Nationals on Friday.

On his drive to the winner’s circle, Comella battled head-to-head against Steve Kent and inaugural event winner Bucky Hess, and had a semifinal solo run when defending event winner Stephen Yantus III wasn’t able to make the start due to a mechanical issue. In the final against Daniels and his vintage ’68 Dodge Dart, Comella overcame his opponent’s early lead by chasing him down and turning on the win lights with a 0.0202-second margin of victory.

Highlights of Comella’s performance through five elimination rounds included a lightning 0.001-second reaction time and a trio of 8.3-second runs, the last of which gave him low E.T. and top speed of the event. His efforts were rewarded with the coveted custom-made 42.6-lb. trophy crafted from a 426 HEMI cylinder head, a $15,000 award, and the immense satisfaction that comes with a first career win.

“At the moment I’m exhausted, but this means a lot,” said Comella, who finished runner-up to Yantus in last year’s edition of the Dodge HEMI Challenge and has previously earned two runner-up finishes in overall NHRA Super Stock competition. “We’ve been chasing this for a while. Last year kind of felt like a stone in the shoe all year, so we decided to really kind of put everything into [this race] this year. It was a lot of work and here it (the trophy) is.”

While last year’s winner Yantus saw his efforts to defend his title come to an end in the semifinals, his ’68 Barracuda came away from the Dodge//SRT U.S. Nationals as a winner after being presented with NHRA’s special award for “Best Appearing Car”.

Fans can also look for highlights of the 20th anniversary Dodge HEMI Challenge during NHRA coverage of the 67th annual Dodge//SRT U.S. Nationals on Sunday Sept. 5, on FS1 from 11 a.m.- 1 p.m. and on the FOX national broadcast network from 1 – 4 p.m. EDT. 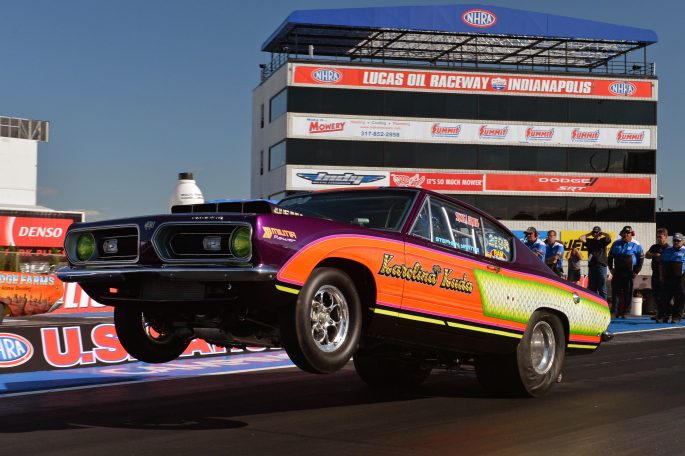 The Melon Roasters Just Keep On Giving! Car Show Photos From Small Town America That Will Surprise You FREE LIVE BRACKET RACING: The BTE Labor Day $250K Is On! The Richest Footbrake Purse In History!