Finnegan And Newbern Take The Rubber Duck Firebird On Rocky Mountain Race Week. Behind The Scenes Of The Roadkill Shoot. 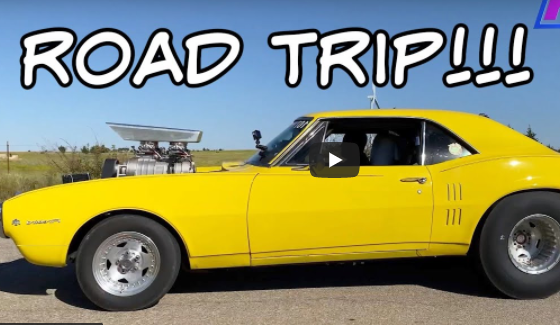 Here it is, the behind the scenes action that is the adventures of Finnegan and Newbern on Rocky Mountain Race Week 2.0. The full Roadkill crew was on hand to film all their adventures at the track and on the road, but as usual these two brought their own cameras and are shooting their own fun stuff along the way. We were with them for a few legs and can tell you that they had plenty of fun without the crew, partly because this beast doesn’t go far between gas stations since it has such a small fuel cell. It’s all good though, that just give you plenty of time for snacks, drinks, and peeing. Read the video description below and watch the video. You’ll be glad you did.

In Episode 171 of Mike Finnegan’s Garage, we take you behind the scenes of the newest episode of Roadkill, which you can watch on Motortrend Plus. This time we are entering Rocky Mountain Raceweek 2.0, which we attempted to finish in my 1967 Pontiac Firebird. As usual, we were running late and the Rubber Duck was completely untested. In fact, we were replacing most of the wiring in the car the night we left for Oklahoma because the car needed working headlights and turn signals to pass the RMRW tech inspection. The event is for street cars and the goal is to drive to four different tracks over the course of five days. We did it and almost made it into 8 second territory in the 1/4 mile. It was an epic week and this video is just the tip of the iceberg. The footage that the Roadkill crew captured is even better than what we shot with our Youtuber Start-Up Kit aka, our Iphones! lol Thanks for watching. Our next goal for the the Rubber Duck is to install a new fuel pump, change the rear suspension to coilovers, and then see how far into the 8s we can go with our mystery big block.