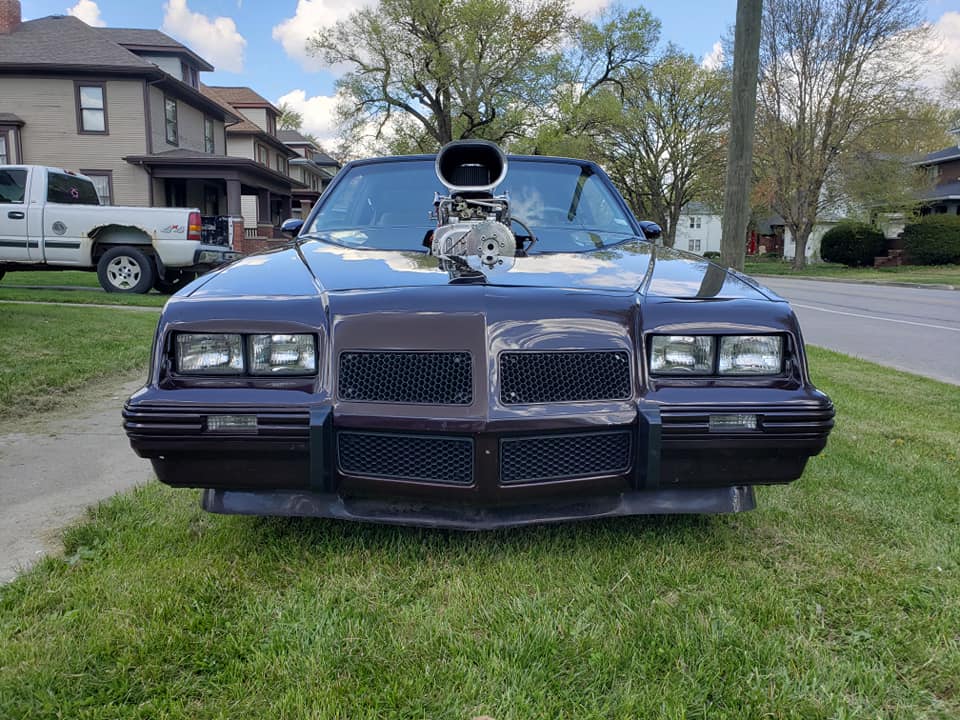 The 1980s gave car freaks two things to enjoy. One of those was the return of horsepower. No matter how small of an increment was gained, once the 1982 Ford Mustang GT hit lots with the 302 in it’s proper place after two years of a pathetic pretender, something inside of every manufacturer woke up and realized that the end of the world did not happen in 1972 after all and got to work. GM was more than happy to answer Ford’s challenge, and over the decade would spawn machines like the IROC-Z Camaro, the Grand National, and the like. Ford was working with enthusiasts who wanted the Mustang to have grunt. GM had a bunch of good ol’ boys in the Southeast who liked to go fast on the weekends. So GM gave them what they wanted, with vehicles seemingly homologated for racing: the Oldsmobile 442 and Hurst/Olds, the Chevrolet Monte Carlo SS, the aforementioned violent Buick, and Pontiac’s lame-duck 2+2. Think I’m being harsh? Nope. The Grand Prix, the result of the “plush sofa” side winning the civil war against performance freaks within Pontiac, got the homologation treatment (the slope-backed rear glass, the new front nose, and a deck spoiler) that aerodynamically reshaped the Grand Prix so that the G-body could overcome the problems that notchback rooflines caused within NASCAR. The street-going versions, however, had the middle-ground 305ci mill making 157 horsepower, were loaded to the teeth, and like most racing homologation specials, didn’t fare well with the buying public. 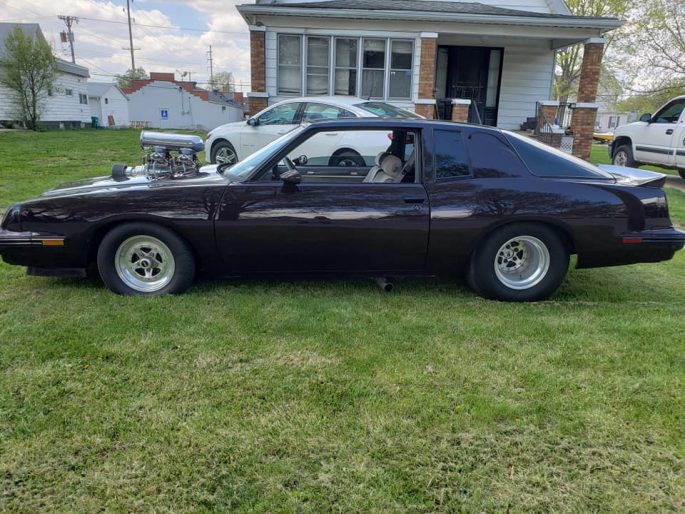 Now, about that second thing the 1980s gave hot rodders: Pro Street. If there was one true customization style that defined that generation, it involved tubbed rear wheelwells, steamroller rear tires, and if you had something a bit naughty sticking out of the hood, all the better. While many a then-cheap musclecar went under the knife in the name of getting a bikini-clad beauty to pose next to your ride at the show, late-model cars were somehow even better game. The horsepower wasn’t there from the factory, not like it had been for those older machines, so the idea of a smooth, modern shape with a few hundred more horsepower under the hood and a purposeful drag look made perfect sense all of a sudden. 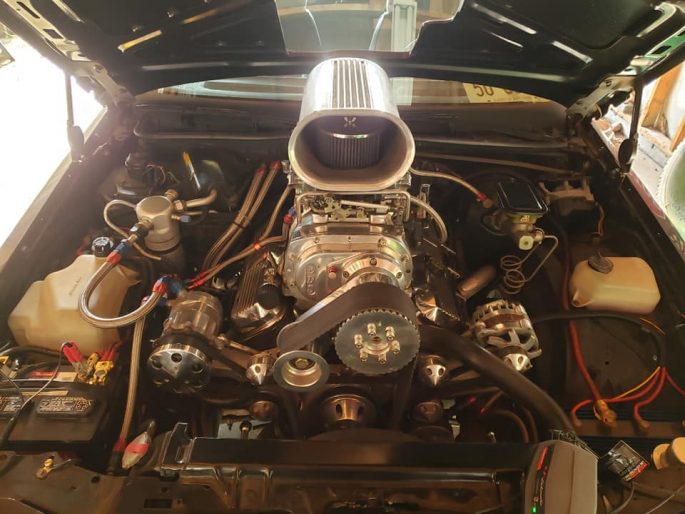 And that’s where this Grand Prix 2+2 comes into play. Compared to it’s original silver/charcoal two-tone look, the black cherry-esque color works and the Weld wheels are pure period correct. A 468 Chevy wearing a BDS 8-71 huffer is bolted up to a TH400 automatic, and naturally a Ford 9-inch is out back, this one fitted with 4.56 gears and a Detroit Locker. You’d be forgiven for thinking this was put together in 1988, but no…this is a circa 2006 build! And we even see the air conditioning system intact! You aren’t going to roll-race anything at this point…but if you want to look the part and be comfortable, and leave everybody with more questions than answers as you roll past them, then this Pontiac is the way to go. 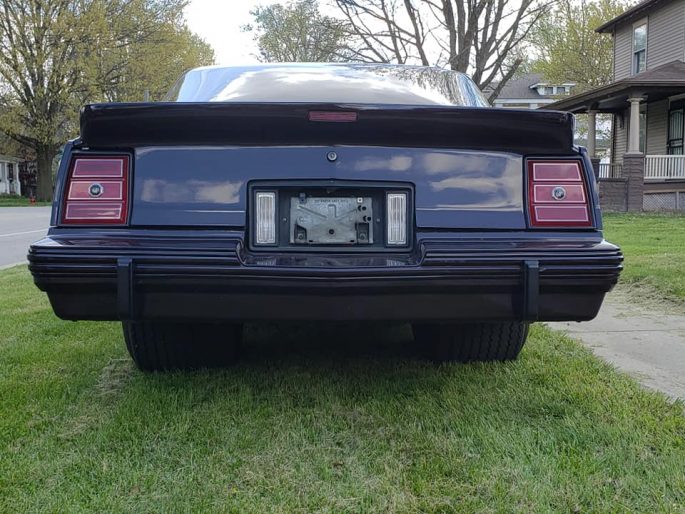