Battle Of The Bros: Finnegan And Cleetus Square Off In A Best Of Three Race! 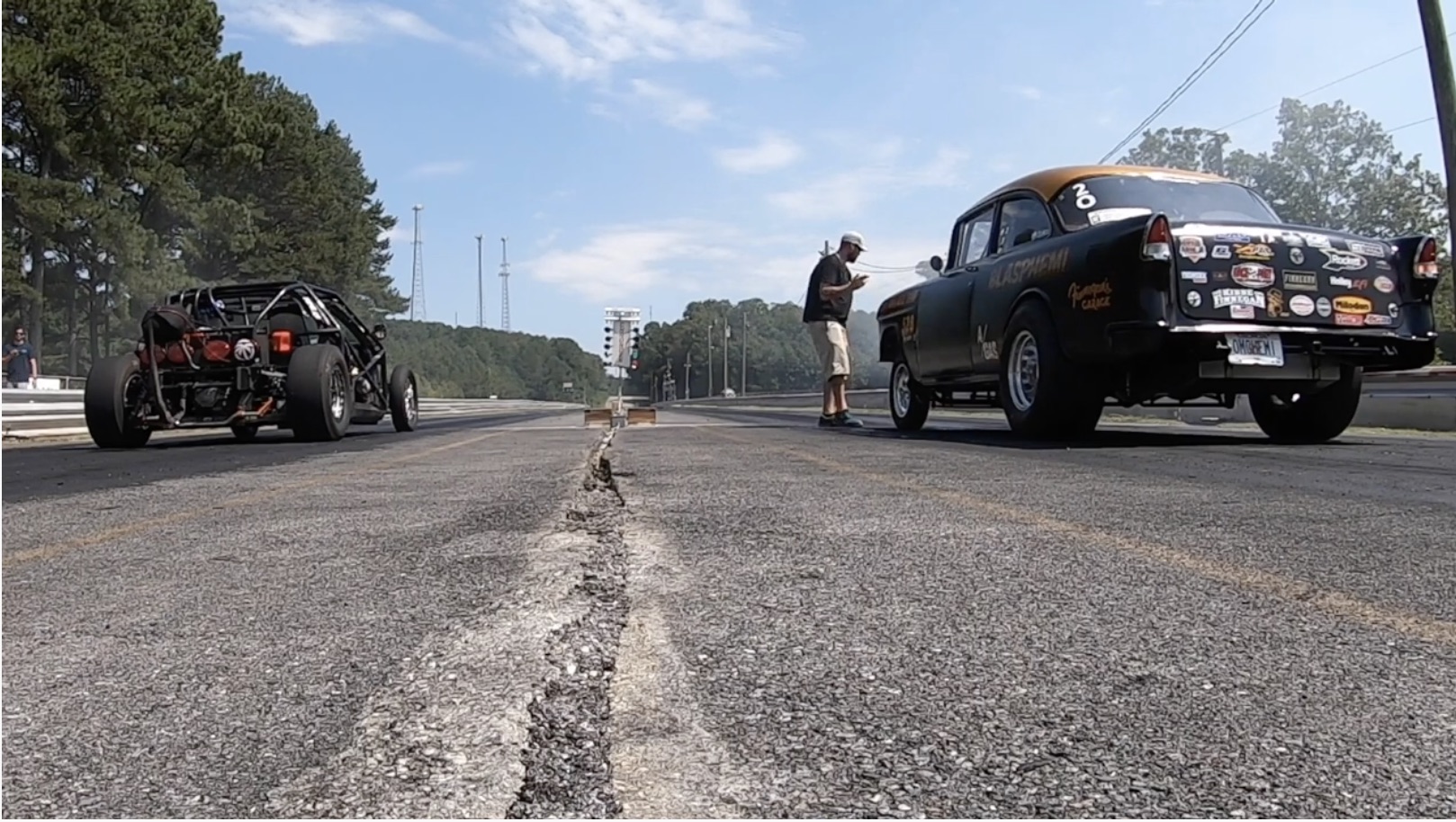 Mike Finnegan and Garrett Mitchell (Cleetus) are two guys who have impressed me since I met them. Finn is always cheerful, always upbeat, always down to talk for a few minutes, and is surprisingly aware of what his fans are doing. He called me out after I blew up a Camaro at the Corvette track at PRI, and that wasn’t exactly front-page news or viral. Cleetus is motivation combined with a comedy show skit turned succesful. How else do you go from being a human meme to being able to purchase your own racetrack? And it’s not just the success that makes me say that he impresses me. The guy is as chill as it gets, is very well-spoken and very humble in real life, and is grateful for the support. Bringing these two together might as well have been a Wonder Twins episode, except one is a tall, lanky thing that’s going to wedge himself into a jungle gym on four wheels and the other probably has a box truck to fix.

This throwdown has been coming for a minute…fans have been begging for these two to come together and hash it out…again. They’ve raced a couple of times before, so this is the third battle. The first was the original Ramp Truck against Cleetus’s diesel Galaxie, then it was Finnegan in the blown Ford Thunderbird and Cleet in the Roadkill Draguar. Now, it’s their toys: Finnegan’s “Blasphemi” 1955 Chevrolet, versus Cleetus’s tube-frame C5 Corvette known as “Leroy the Savage”, at Paradise Dragstrip in Calhoun, Georgia. Raise hell, praise Dale, it’s time to race.

BangShift Question Of The Day: What RV Suits You Best? Retrowave: 1985 Dodge Daytona Racer...Time To Make This One Howl!