Bulldog: Get Some In-Depth Eyes On The 2,800 Horsepower Aston Martin Virage

Oct 22, 2020Bryan McTaggart1320 Videos, BangShift 1320Comments Off on Bulldog: Get Some In-Depth Eyes On The 2,800 Horsepower Aston Martin Virage 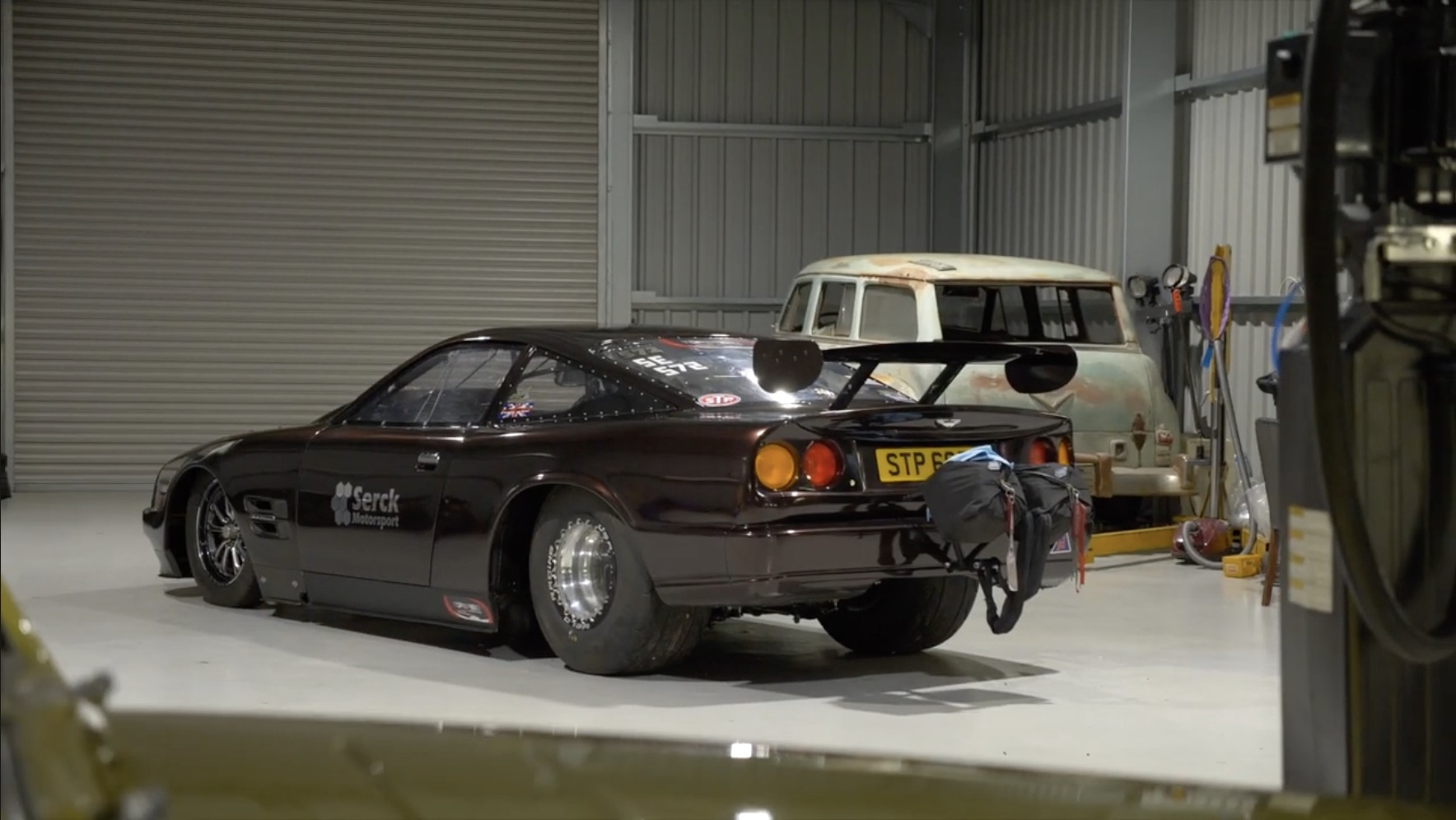 Is it possible to be an Aston Martin fan and not mention a certain British spy who can do no wrong whatsoever? I sure hope so, otherwise I’m screwed. Frankly, James Bond doesn’t mean squat to me. Aston Martin, on the other hand, has had my attention since I first saw a DB7 in the 1990s. The theme of Aston has been that of a Grand Touring machine that can do a bit more than eat the miles up with a beautiful body. Name it…from the classic DB5 to modern day, Astons have been about style, about performance, and exclusive luxury all in one machine that has a better chance of whisking your girl off of her feet than you ever did. Even when AM was having an off year, it’s not like we could kick one out of the garage, now could we?

This monster is one of the most infamous drag cars in Europe. Originally, it was prototype body shell that was never quite completed of the final iteration of the Virage, the car that carried the hand-builders from Newport Pagnell through the 1980s. These were truly hand-built cars…during the entire production run, they might have produced 60 a year. Maybe. This particular one was a concept car that for one reason or another, got earmarked to be a body shell to showcase what Aston’s performance could be. Then things went south, it became a drag car, spent time locked up as a showpiece in somebody’s living room, and now is the classy, upper-crust version of what Larry Larson’s Cadillac is: a racing car that somehow has street manners, registration, and the ability to live longer than fifteen minutes before the engine goes into nuclear meltdown mode.

This Compilation Of High-Speed Vehicle Crash Testing Is Brutal! One Car Into Another At 200 KM/H! Control Your Hemi: Holley Terminator X EFI Now Supports Gen 3 HEMI VVT, SRV and 46RE Transmissions