Two Classic Match Race nitro funny cars will continue together for 2016… with new Sponsors and Drivers.

Things are always moving with Rocky Pirrone & Al Liebmann with the Frantic Ford Mustang and the Super Camaro nitro funny cars.  Work on the two race cars continues with a new chassis and power plant for the Super Camaro. Team veteran Bobby Toth is spearheading the disassembly of each car and each piece is being inspected and evaluated for the upcoming new season. This year they have added some outstanding talent including Jim H. Gifford and Joe Morrison to the team.

Both come with a wealth of knowledge along with being accomplished drivers. Having four licensed nitro pilots on the team are like having four All Pro Quarterbacks at our disposal.

Look for some new sponsors; POR15, Hedman Hedders, Mahle/Clevite  & Snap-On Tools/Sam Piro have been added to the long list of supporters for 2016. 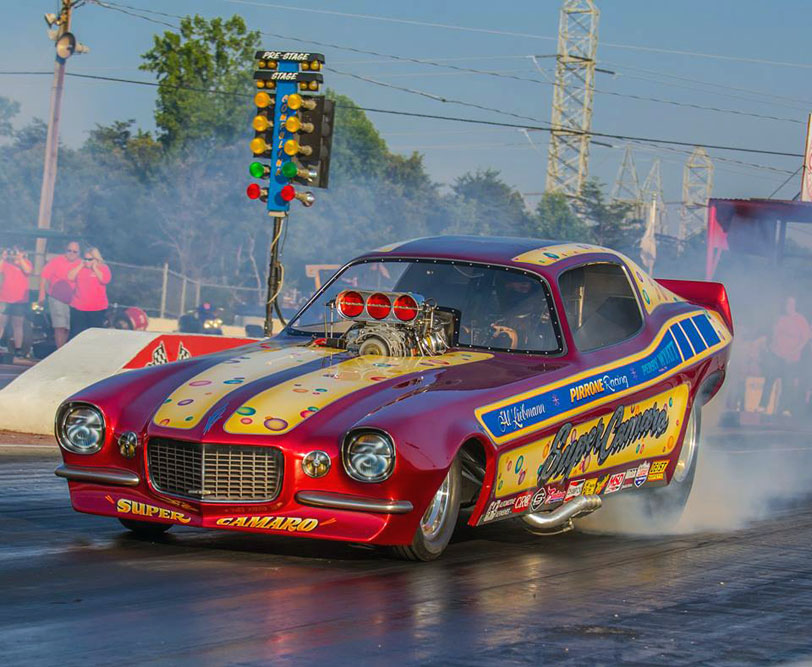 Both cars will be battling it out in match race exhibition trim at tracks in the Northeast and Midwest.

Team owner Rocky Pirrone says, “It’s going to be an AWESOME 2016 race season for our team and sponsors!”

Smack Talk Smack Down: Keith Haney Backs Up Claims With Monster 3.89 Pass At Lights Out 7 (Video) Roadtrippin': Being In The Moment And Nearly Missing It... My Day With The Unsers