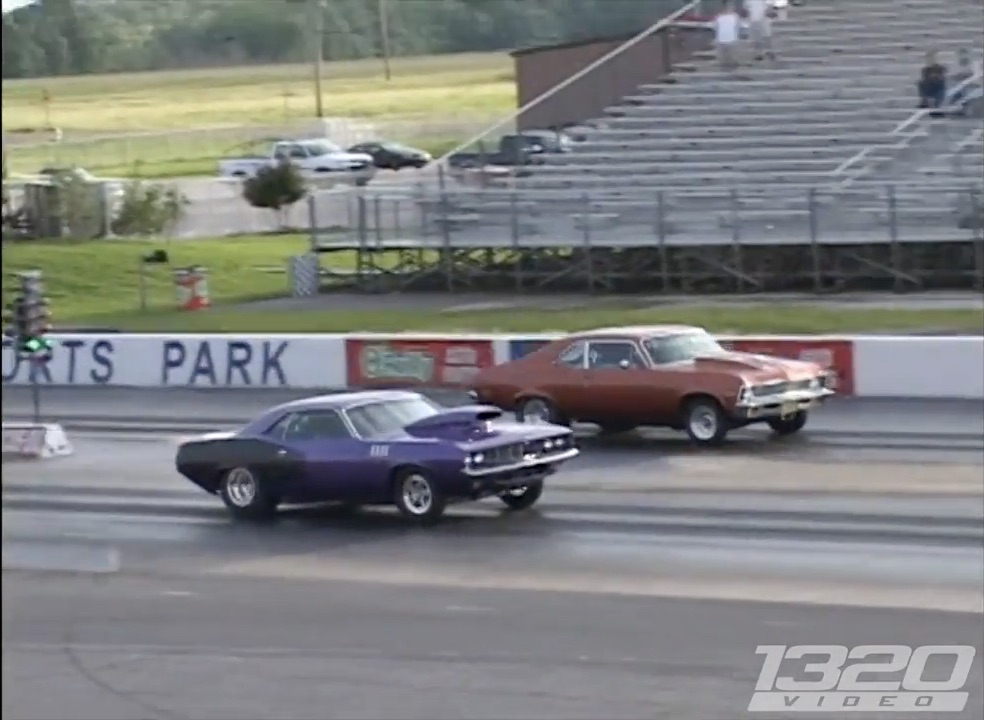 Before Drag Week, Hot Rod Magazine ran the Pump Gas Drags. The premise was simple: at the beginning of the event, the fuel tanks were drained, filled with Rocket 91-octane pump fuel and sealed off,  and you were on your way. After going on a drive to make sure you had a street car going (and to encourage some attrition, we suspect) all of the racers lined up at a track and went rounds in an elimination setup. The cool thing was that you had to be selected by Hot Rod to be involved. They would run an issue that had everybody who tossed their name into the ring to compete and, if memory serves right, readers voted on who they wanted to see compete at the event after they were shown off in a Reader’s Rides kind of layout. (I think I’m right…I might not be. It’s been a couple of years.) Either way, the idea was to keep the cars honestly streetable, while proving that they could run the number while running swill from any gas station. Interesting concept, kind of flawed execution from what history points out according to the Internet.

Before you call me out for not knowing more, know that I was spending most of my time in Iraq when this was a big deal. I know what I know from magazines, the Internet (not quite as helpful as you’d expect) and this video, which was released by 1320Video as part of their Holiday DVD freebie releases this year. Kyle and crew have been at their gig for years and they were on hand to see the likes of Eddie Miller’s Duster, Frank Savage’s Caprice and Kurt Urban’s Nova tearing each other a new one. This year was fairly controversial, because the drive portion turned into a traffic jam and against the rules, many drives shut off their engines and would refire them to move forward. After what had to be a “colorful” discussion, the decision was made to let anybody left standing after the drive race…and they did just that. Check it out below!

We've Still Got More Mooneyes XMas Party Show And Drags Photos To Share Dear Santa: If It's Not Too Late, We're Sure Some Big Ford BANGshifter Would Really Like This