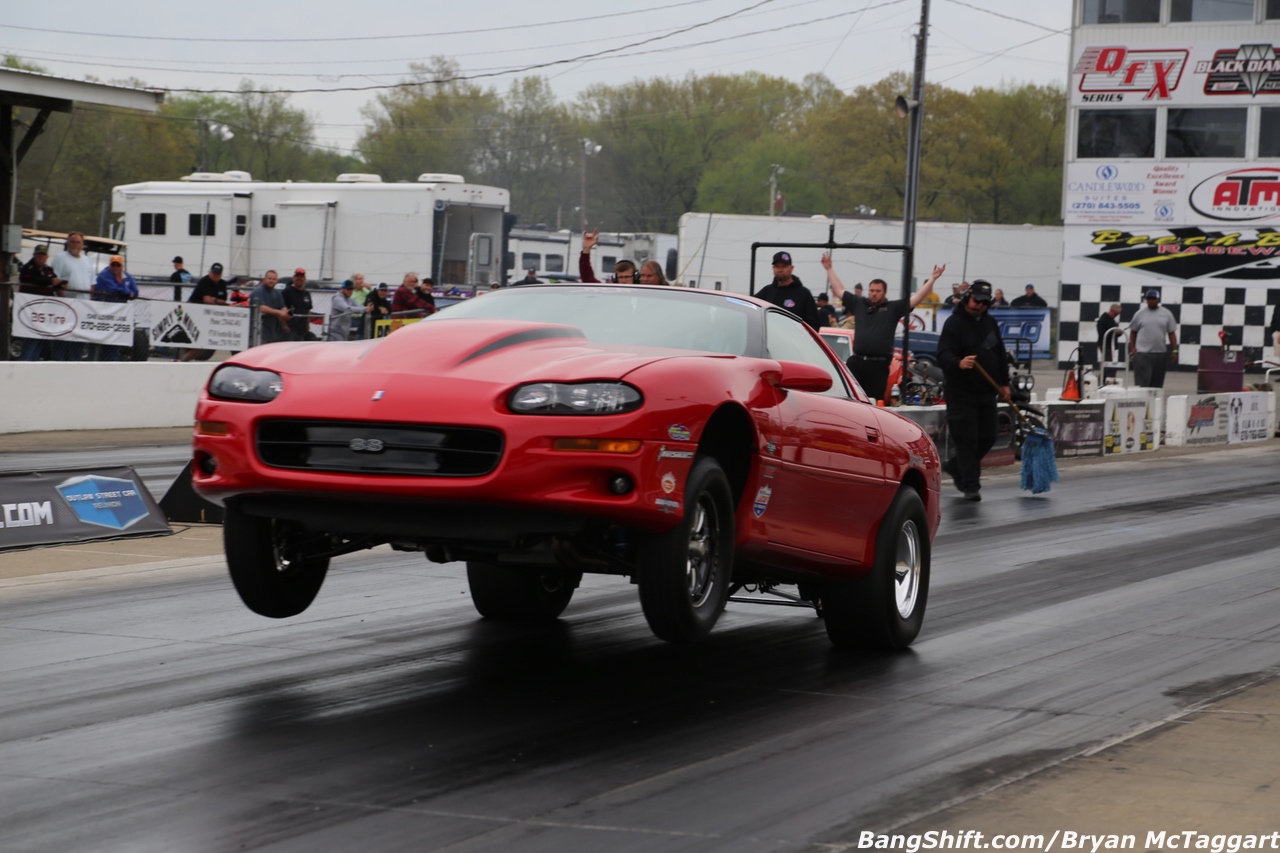 Between Thursday’s testing sessions and Friday’s qualifying rounds, a storm system moved through Kentucky, bringing rain overnight. It’s springtime, these things happen, and luckily for the racers the rain itself had moved on by morning. The start to the qualifying rounds of the Outlaw Street Car Reunion event was delayed some as Tyler Crossnoe and company busted their backsides to get the track dried out, by by noon the cars were in the lanes and there was a strong suspicion that if the racers could find some bite on the starting line, that the surprisingly cool weather would be a nice assistance in the search for fast times.

Any questioning about the potential of record-setting runs was settled during Limited Drag Radial’s first qualifying run, when Neil Hawkins’ big-block Chevy-powered 2002 Ford Mustang came out and ran a [email protected] Once again, the classes were tight…in LDR, the separation between first and tenth was one tenth and in Pro Mod, the first six are within hundredths of each other at the 3.6-second mark. And this is just at the start of the day! 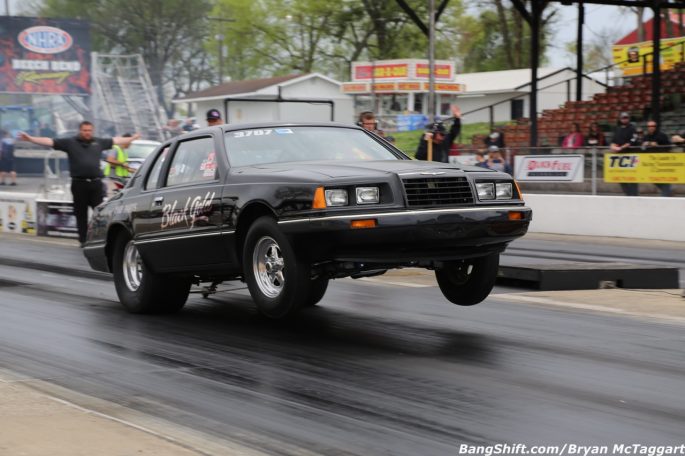 Be sure to click on a photo below to see more from Beech Bend, and if you missed our last gallery from OSCR VI, CLICK HERE to check it out!

Money No Object: 1993 TVR Chimaera 400 - That Other Gran Turismo-Based Dream Machine The Force Family Takes The Top Spot In Both Funny Car And Top Fuel At Houston's NHRA SpringNationals