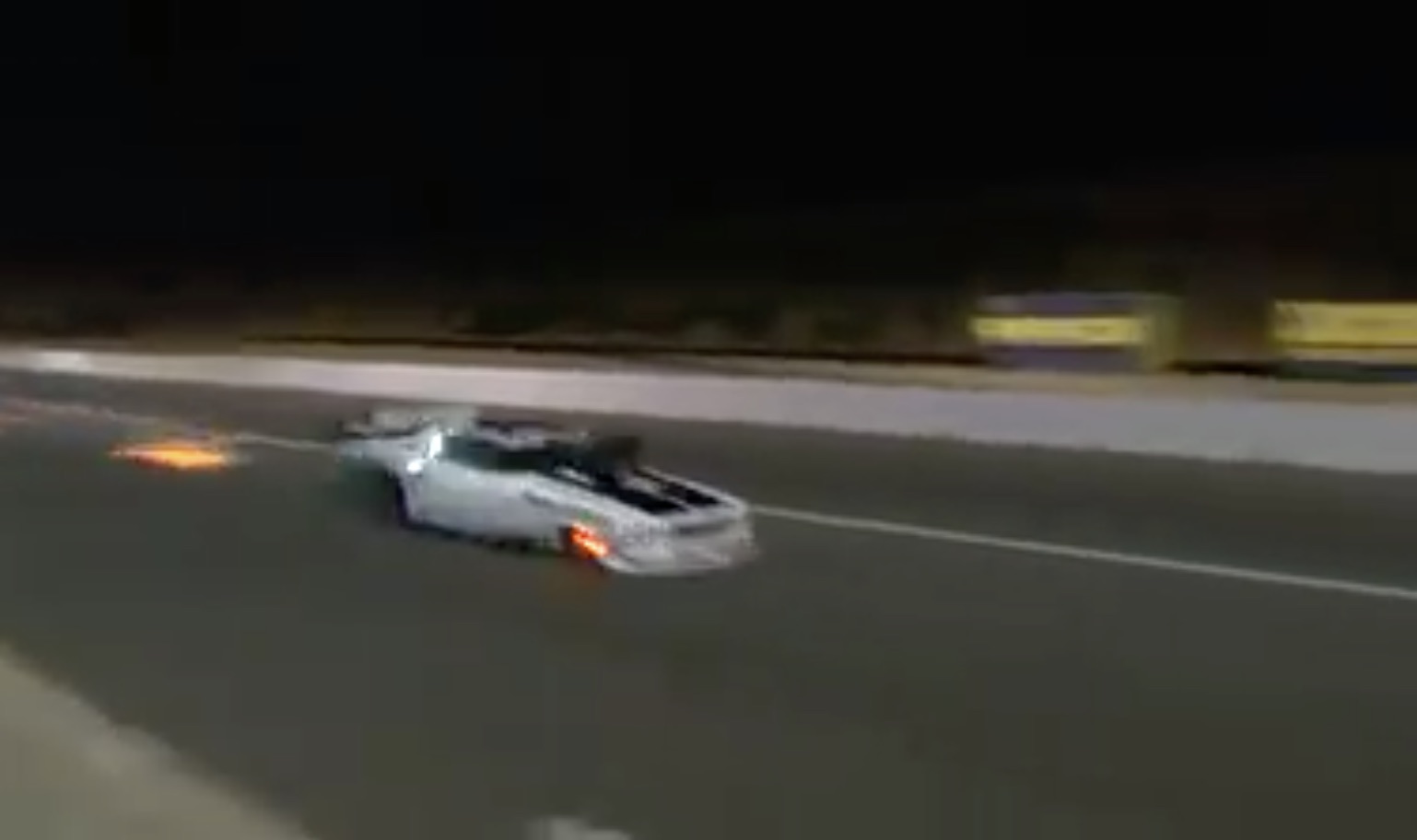 At the end of World War II, there was a ton of surplus military equipment that could be picked up and be put to good use outside of official military functions. You could buy surplus aircraft engines, Jeeps, you name it. You could even pick up military grade parachutes, which had proven their worth to forces heavily  during the conflict. Now that peace was upon the country and pursuits like auto racing could resume, it was bound to happen: someone with a really hot machine was going to test to see if a drogue ‘chute would actually help slow the speeding machine down. Reportedly, Jim Deist was that individual, and the test was a success. For decades, if you were hauling the mail and didn’t want to turn your brakes into volcano stew, you packed a parachute or two.

Australia’s John Zappia and his Top Doorslammer Holden Monaro GTS racer certainly fun the area where a parachute isn’t a want, it’s a need, and it’s a vital need at that. The Monaro is Australia’s beast at the moment, with a 5.63 second quarter-mile blast under it’s belt. The Monaro excels at acceleration and speed. What it doesn’t excel at is stopping when both parachutes hit hard enough to rip the mounts out of the chassis, leaving one beast of a Holden sailing straight for the sand trap at speed with the rotors glowing.

Per a statement from Zappia Racing’s Facebook page, the front bumper and front spoiler need some attention and the car needs a bath. Glad to know that’s the extent of it, as a foray into the far end of any track usually ends badly.