Please Secure Your Belongings Before Departure: This Malibu Got It’s Rear Window Knocked Out At Launch! 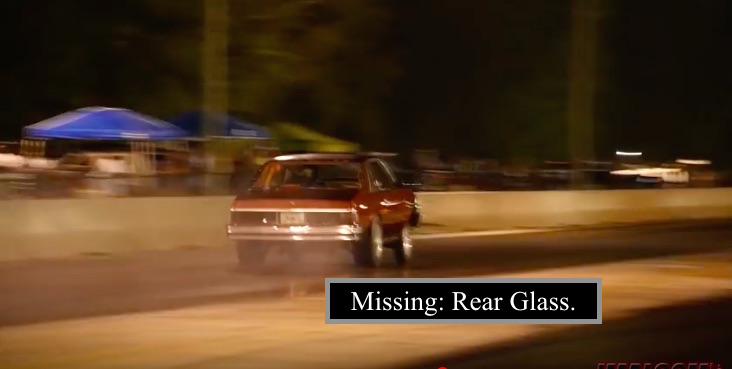 You’d think a drag race is a simple affair: point car at the finish line, don’t hit anything, and be sure to stop at the end and you’re fine. You’d think it’d be simple, but we’ve seen some of the wildest things happen. We’ve seen people launching in reverse on the green, we’ve seen the dreaded “money shift” that saw the stick somehow go from third back to second and saw the guts of the engine go every which way but up and down…and inside of the block. We’ve seen quite a bit, but when was the last time you saw the helmet take out the back window of the car off of the hit?

Now, we naturally have questions…like “why wasn’t the driver wearing their brain-bucket instead of having it flopping around in the car?” and “just where was the helmet sitting when he dropped the hammer on the Chevy?” These are important questions of safety as well as just general “WTF?” moment thoughts that we have as we watch the footage over and over. No doubt the Malibu is quick, but that helmet seemed…I don’t know…important?