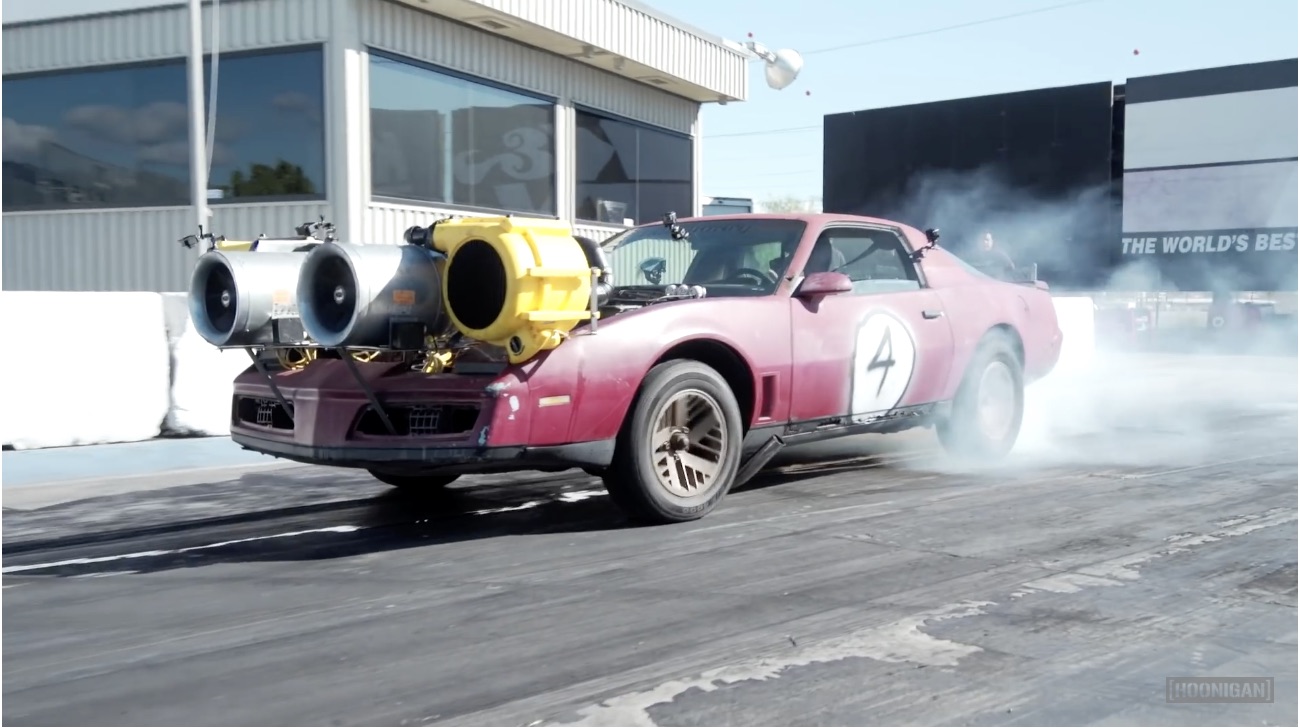 When the thrashed and bashed third-gen Pontiac that Hoonigan slapped homemade turbos onto first made it’s appearance, many wondered if the guys were even trying anymore. Nevermind that they made the car look like it had some kind of cancerous growth that sprouted the engines from an MD-80 over the 1980s lump under the hood, but the way the Firebird ran, it really didn’t matter: from the sound to the fury, the car was a steaming pile of crap, complete with a fly buzzing around. Commenters had plenty to say about that. And rest assured that being called out on bringing a rolling pile of crap that barely runs to a dragstrip didn’t sit well with the Hoonigans.

So they did some work. Not just by adding carpet dryers, either…they dug into whatever boat anchor was in the car. The short summary: the electronic feedback Quadrajet is gone, the crappy OEM computer-controlled ignition is gone, and anything resembling smog equipment or cats are gone. Now the small-block lump has a locked-out HEI distributor, your basic four-barrel on an aftermarket intake, and headers that dump out into the best bullhorns that $0.75 can buy. If nothing else, at least the pathetic Pontiac sounds like it wants to throw down like it’s the last day of high school now. Will this system finally redeem itself, or is it time for the Hoons to quit screwing off and build the twin hairdryer 305 this car really deserves?

I know there was an eye-roll at that. But if a nitrous’d 305 can spit over 500 at the crank safely, surely a set of twins can do something right.

To The Scrappers With Ya: Racing Wrecks From The Week Of Love! What Aerodynamics?! Get A Closer Look At The LS-Swapped Winnebago!