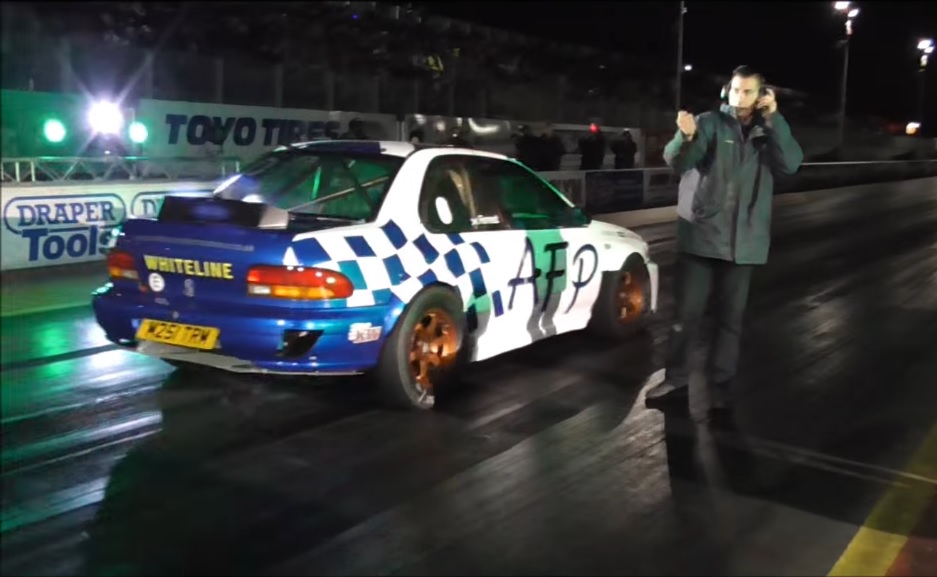 Andy Forrest races his Subaru WRX everywhere. And if you were the Scottish driver who had built such an insane piece, you’d do the same. The 1,200-horsepower Subie primarily competes in time-trials racing in the United Kingdom and is registered for street use, to boot. The Brits know how to build time-attack Subarus—check out Roger Clark Motorsports’ Gobstopper sometime—and Forrest’s 3.6-liter six-cylinder WRX runs all of the boost to make huge power. And when he’s not caning it around a road course, Andy chases Subaru quarter-mile records.

With drag radials, removal of the massive rear wing, and some suspension adjustments, the AFP Subaru is ready for the quarter mile. Andy has run as quick as 7.74 seconds at 179 mph at Santa Pod Raceway in 2014, setting a record for quickest Subaru ever at the time. That has since been beaten by Ali Afshar’s BRZ (The voice on that video sounds familiar), but Forrest still has the AWD Subaru record, as far as we can tell. Records or not, Andy Forrest means business.

Here are some videos of Andy’s record-setting pass at Santa Pod as well as a good technica interview with New Zealand tuner company High Performance Academy at the 2015 World Time Attack Challenge at Sydney Motorsports Park.