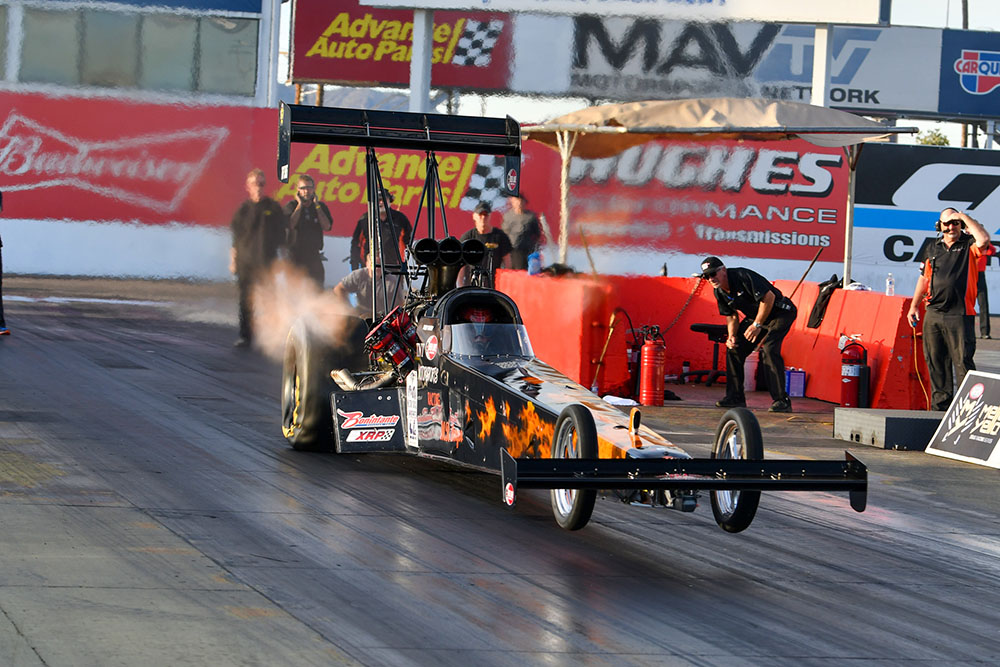 (Photos by Big Bob Snyder) – While most of the NHRA Mello Yello professional teams chose the Strip at Las Vegas for their pre-season testing, a handful of teams split off – heading for Wild Horse Pass in Chandler, Arizona.

Often pre-season testing can be a bore, but it is the first time to catch the new paint, fresh vinyl, body mods and the new performance advantages that crew chiefs hope will carry them to the NHRA Championship this Fall.

Among those Pro Teams were Steve and Billy Torrence, the Texas son and father team who have dominated and rung up significant top fuel wins over the past couple of years. Bob Tasca, Cruz Pedregon, Jim Head, journeyman Terry Totten and Blake Alexander. Reportedly, Steve Torrence ran a best of 3.86 and father Billy ran a 3.73 elapsed time. 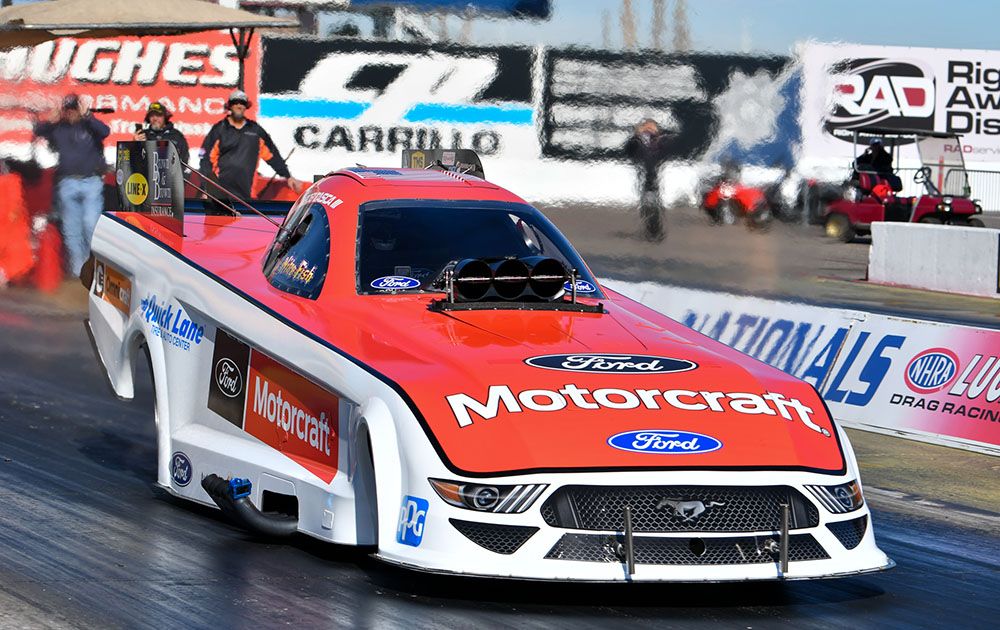 Tough luck for a pair of crew guys on Bob Tasca’s Motorcraft/Quick Lane Funny Car operation who were injured in a starting line incident. According to reports, Tasca’s Mustang lurched forward when the funny car body bumped the throttle of the injector and threw one crew member to the side and one onto the scalding hot headers of the running engine. There have been no further reports.

It was announced this week that California scrap metal entrepreneur, Top Fuel dragster driver Mike Salinas will sit out the first four races of the NHRTA season. Salinas finished seventh in the 2019 NHRA Top Fuel standings.

You probably read the fate of Ron Capps’ pair of NAPA funny cars and the DSR transporter highway BBQ in Texas that’ll keep Capps and his crew chief Rahn Tobler off the track until the season opening Pomona Winternationals. 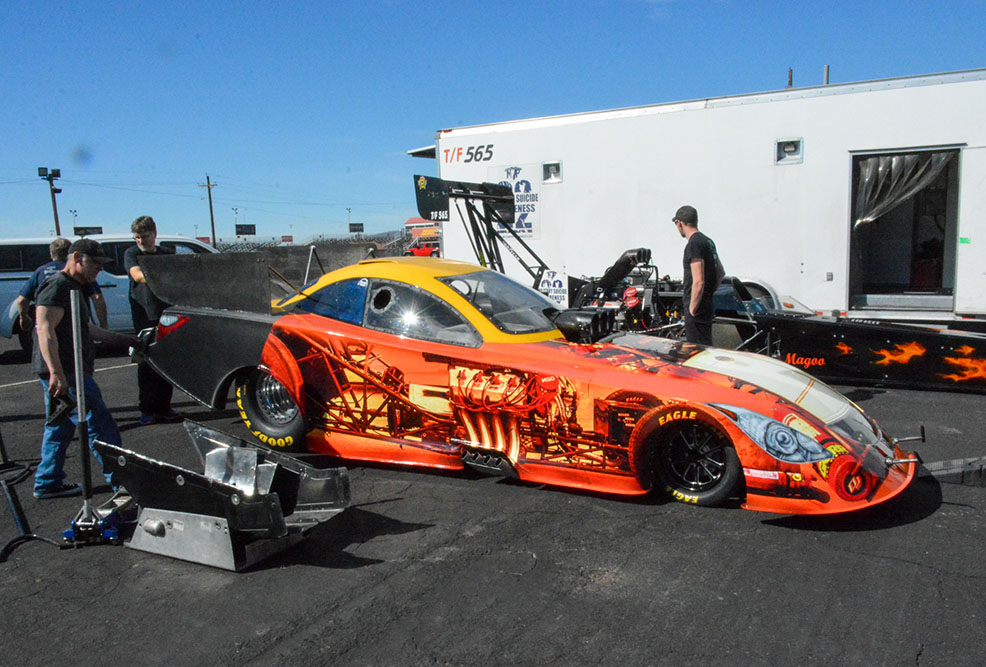 Click on the photos in the Gallery Below for Photog Bob Snyder’s shots from Arizona pre-season testing.

Fire Is Bad: Watch Drifter Rudy Hansen's C4 Corvette Erupt Into An Inferno And Burn To The Ground Unhinged: Proof Of The Stupidity Of Drunken Driving