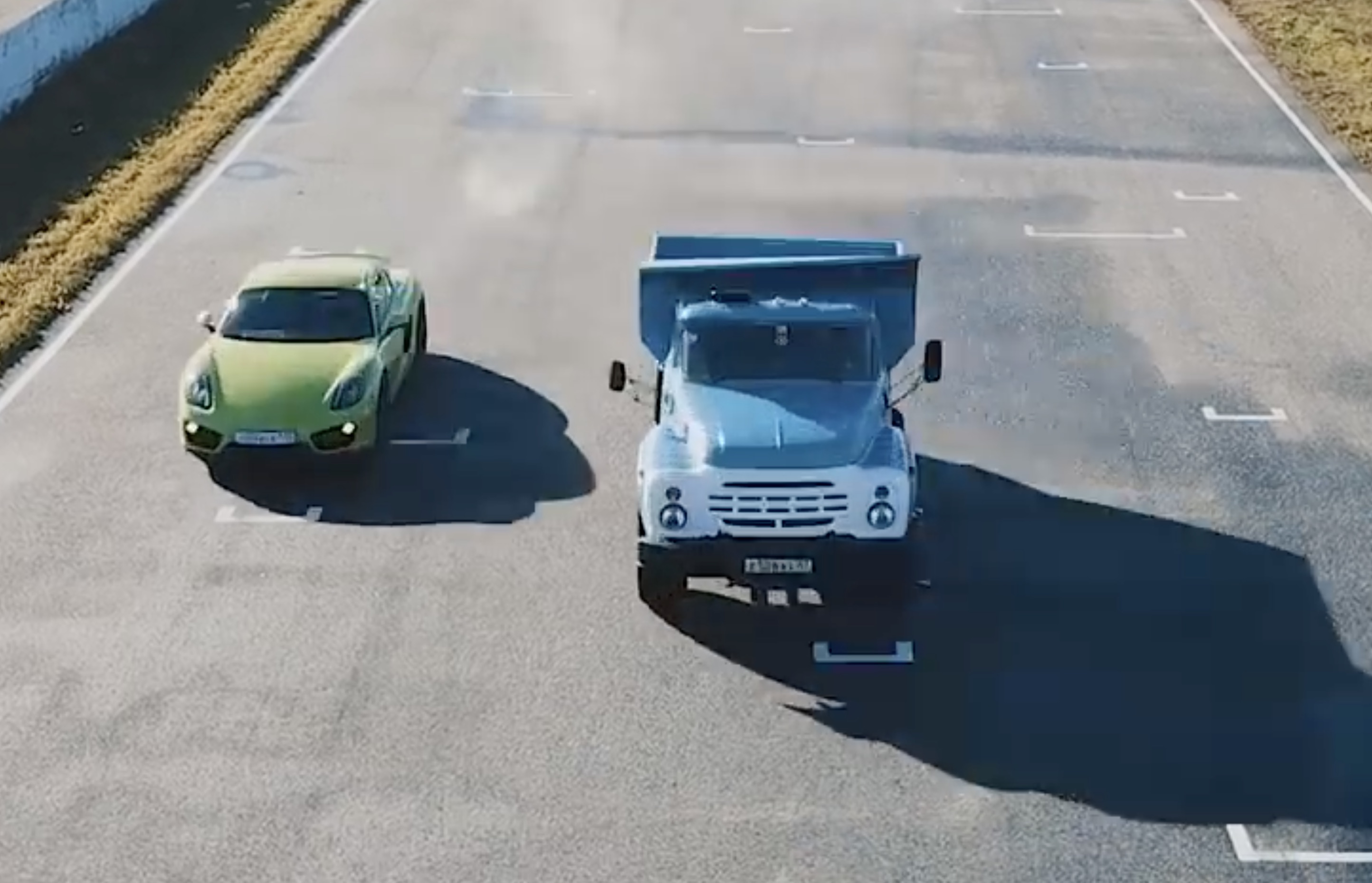 On initial appearances, the blue dump truck looks like your typical Russian medium-duty unit. Sure, it’s super-sano clean, but this ZiL-130 could potentially be as old as the late 1950s…someone in the country has to love them enough to brighten one up, right? Well…this isn’t just a pretty dump truck. For starters, the wheels should have the typical convex/concave wheel setup like most heavier trucks do. And there should be duals out back. And it should be a bit longer, from what we can gather.

The group is known as AcademeG and they need to be given all the credit in the world for taking a large, lumbering truck and building it like they did. Originally, they stuck the supercharger from what appears to be a Range Rover onto the original ZiL 6.0L V8, an engine that redefines the term “anvil”, and got the truck to wake up and move out nicely. Then there was an unfortunate incident involving a BMW X5 M and a nasty rollover that caused the group to ditch the original engine (and, from what we can gather, quite a bit more) in favor of turning the ZiL into a street sweeper. The hood is fiberglass, for starters. The all-wheel-drive system is intact. And the surprise that must come to anyone who thinks that this old rig is pathetic and slow is gonna learn real fast. We don’t know if the Porsche Cayman is playing up for the camera or not, but the BMW M2 that is getting routinely spanked can’t be faking it.

The video starts at the racing scenes, but if you want to see how the ZiL came to be, you can start at the beginning. I hope you know what language that is! -McT

Morning Symphony: The Mental Peugeot 205 Of Vincent Foucart - 2.0L V-16?! The Coolest 1941 Willys Currently For Sale on The Internet is THIS ONE - Radically Awesome