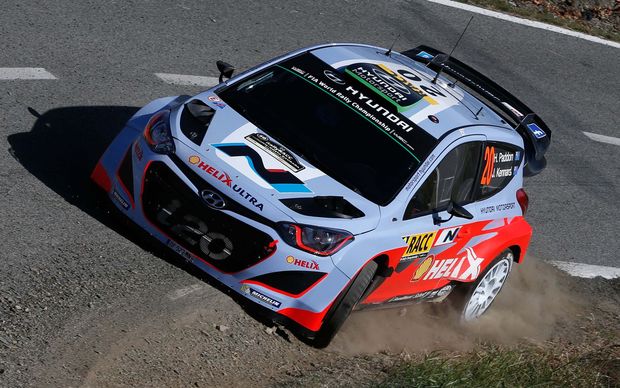 One of the most repeated criticisms of rally racing is the ability of fans to get up-close and extremely personal with the action taking place. As far as we know, there isn’t another form of motorsport that allows fans to be that close to vehicles traveling that fast, period, and the unpredictable nature of rally stages means that at a moment’s notice, everything can go bad. A car vs. human accident was one of the two big incidents that cancelled Group B in the 1980s, and even as the cars have gotten safer we still have seen people close enough to the race course that they can touch the car and as the viewer, you wonder just how long it will be before a car strikes a fan.

Unfortunately, news from Argentina is reporting that this exact scenario has just played out. New Zealand driver Hayden Paddon was charging through stage 9 of Rally Argentina when his Hyundai i20 came off of a jump unbalanced and landed on two wheels towards the edge of the track. According to officials, a group of spectators had moved to an area next to the road that was marked off-limits, which put them in the way of the Hyundai. The stage was cancelled as the six injured were taken to a hospital in Cordoba for treatment. Reports vary slightly on the severity of the injuries, but some of the injured were allowed home and there have been consistent reports of a broken leg. Regarding the accident, Paddon had this to say: “I made a small mistake after a jump – we went slightly off line onto the edge of the road. Unfortunately, there were some spectators which we hit. It was not a nice incident. Our best wishes go out to everyone who was involved.”

They Went, They Saw, They Conquered - RideTech's Big Weekend At The Goodguys North Carolina Nationals! This 427 Powered 1968 Baldwin-Motion Camaro Tribute Is The Perfect Gift To Yourself - Buy It Now!