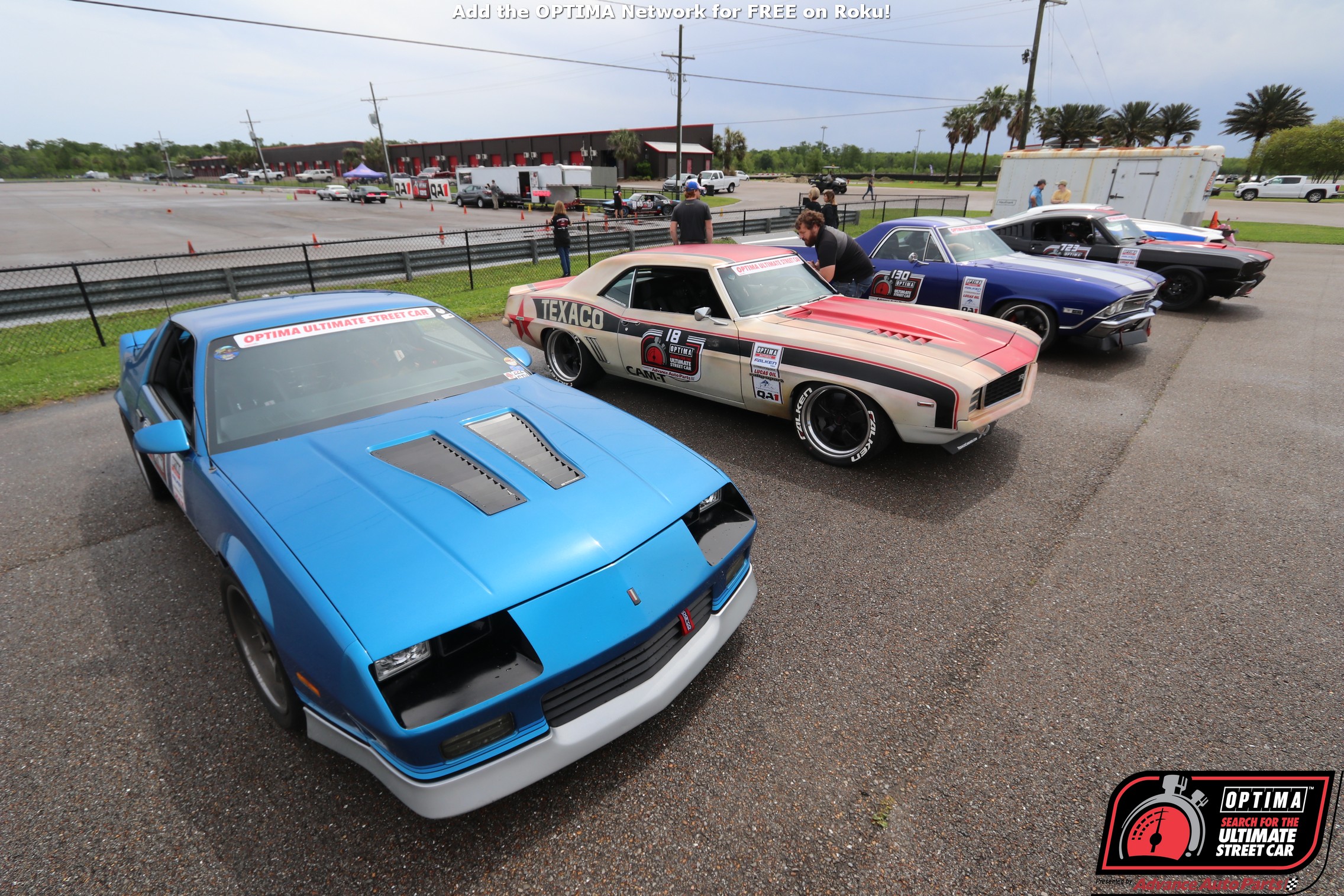 (Words by Jim McIlvaine) The SEMA Show in Las Vegas is the largest trade show in the world for the automotive aftermarket and if you want your ride to get in front of the maximum amount of eyeballs, you want it parked somewhere at that show. The question then becomes, “Just how do I get my car to the SEMA Show?” There are lots of options, from feature vehicle spots to premium booth spots inside Central hall, but none of them are cheap and most require pre-existing relationships with some of the biggest names in the industry.


So what can the average enthusiast due to check off a trip to the SEMA Show from their bucket list, that doesn’t involve a six-figure build and the sale of their soul to a brand with a premium booth placement? One option is OPTIMA’s Search for the Ultimate Street Car, presented by Advance Auto Parts. This series is open to anyone with a street-legal car or truck and takes place at tracks all over the country.

The top competitors in this series all receive invitations to the SEMA Show and the OPTIMA Ultimate Street Car Invitational (also presented by Advance Auto Parts) at Las Vegas Motor Speedway, following the SEMA Show. While punching your ticket to Sin City isn’t necessarily as easy as signing up for an event and competing, it can be.

However, the series saw the writing on the wall with that class and discontinued it for 2021. They did replace it with the No-Limit Engineering Truck Class (GTT), which is open to vehicles over 3,200 pounds, originally marketed as trucks, SUVs or Vans. That class currently only has 20 entries, so there’s a 50/50 chance those trucks will get an invitation at one of the events. For Nick Angell, the odds were even greater, because his ’71 Chevy C10 was the only truck running at the recent event at NOLA Motorsports Park- automatic invitation.

The truck class isn’t the only opportunity though. There’s also an Outlaw class, that does not participate in the Lingenfelter Design & Engineering Challenge and is therefore not eligible for the OUSCI title. Those cars can still earn an invitation to be on display at the SEMA Show and compete for the Outlaw Cup at the OUSCI. As of this writing, there are currently only 17 cars signed up for that class and none of them showed up at NOLA Motorsports Park, so they’ll only get a maximum of nine entries heading to SEMA. Duke Langley’s Corvette was the only one that showed up at the season-opener, so he received an invitation there by default.

The rest of the classes have far more robust entry lists and are more of a challenge for both driver and car to earn a Vegas invitation, but they are by no means out of reach. Historically speaking, a skilled driver in a well-prepared car needs to accumulate about 1000 points over their best three events to earn an invitation to Las Vegas. A total of 41 out of 78 entries in the field at Las Vegas met that threshold, but the number was even higher in New Orleans.

Only 38 vehicles accumulated points in New Orleans and all but three of them eclipsed 333 points, even Dayton de la Houssaye’s Miata, which broke before it was able to run on the Falken Tire Road Course time trial. In fact, two other cars ran the road course well off the pace, just to grab the points and were rewarded handsomely for it. Those opportunities don’t look at plentiful as the season rolls on, as most of the remaining events have sold-out and have waiting lists that will make points invitations far harder to come by. A few opportunities may pop up though and a skilled driver in a well-prepared car can do very well, even in their rookie appearance. Summit Racing also hands out a “Spirit of the Event” invitation at each of the qualifying events as well. Check out the massive gallery of photos from the New Orleans event below, to get an idea of what kind of cars compete in this series and head over to www.DriveOPTIMA.com if you want to get more information.

Happy 4/21 - Let's Celebrate The Mighty Pontiac 421 That Melted Tires From 1961-1966 Update: We Got More Info On Wes Littrell's Home Built Retro Drag Special. Its Ford Powered, Blown, And Hauls Ass. We Love It!