Race Photos: OPTIMA’s Search For The Ultimate Street Car Heads To The Fastest Track In The West 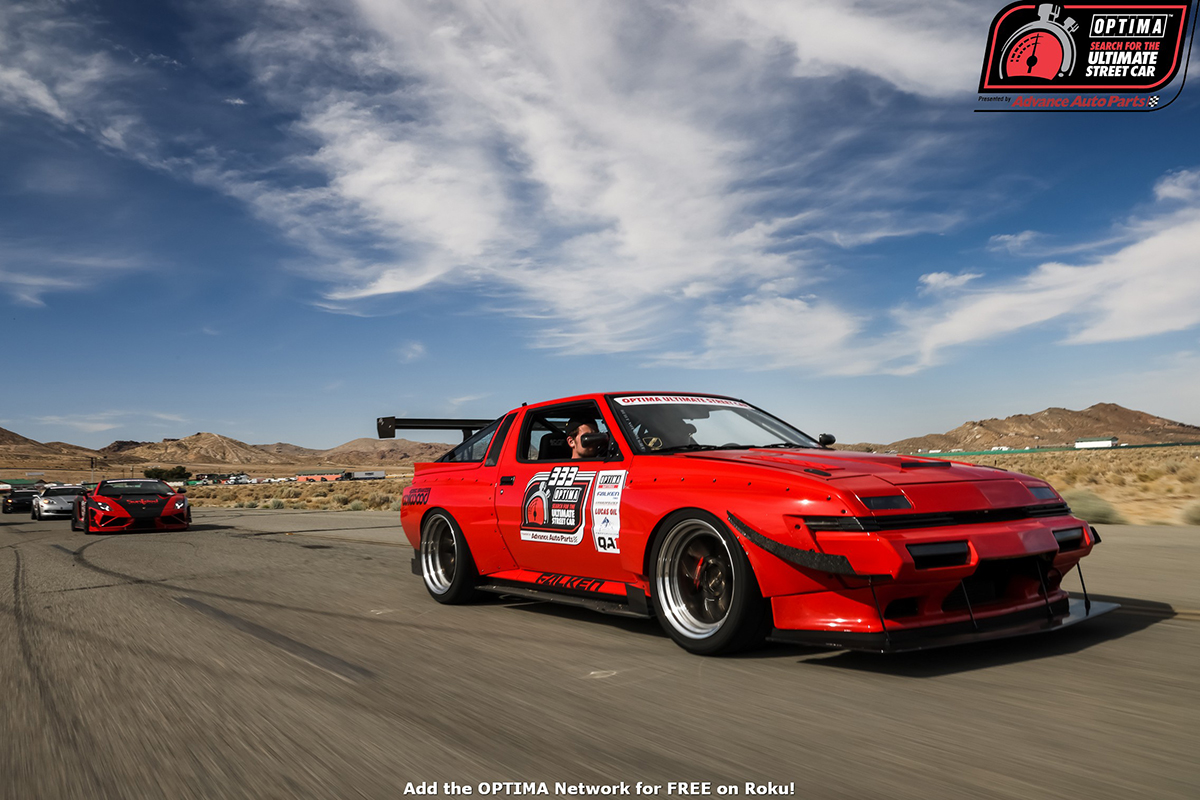 (Words by Jim McIlvaine) OPTIMA’s Search for the Ultimate Street Car, presented by Advance Auto Parts, returned to action at the historic Willow Springs Raceway on Memorial Day weekend. It was like you’d expect Willow Springs to be in late May, sunny, windy, and a whole lot of fun. This stop in the seven-event regular season is critical for West Coast competitors because your best three events count toward your season-long points total.


Four of those events are East of the Rocky Mountains and the next-closest event in New Orleans has already taken place. That means everyone out West who wants a shot at getting their car to the SEMA Show and the OPTIMA Ultimate Street Car Invitational needs to finish well at Las Vegas, Willow Springs and Utah Motorsports Campus in July. If things don’t go as planned, competitors could be making a long haul to tracks like Road America or NCM Motorsports Park. Both are bucket list tracks and worth the trip at some point, but you’d rather go when the pressure isn’t on to turn in a great finish.

Check out the gallery below to see the cars and trucks that ran in this event and if you get an itch to get involved in your street car, head over to www.DriveOPTIMA.com to find out what is involved in the ultimate street car experience.