Here’s How To Find And Repair Dents On Your Car, In Real Time!

Sep 08, 2019Chad ReynoldsApex Tech Stories, Apex VideoComments Off on Here’s How To Find And Repair Dents On Your Car, In Real Time! 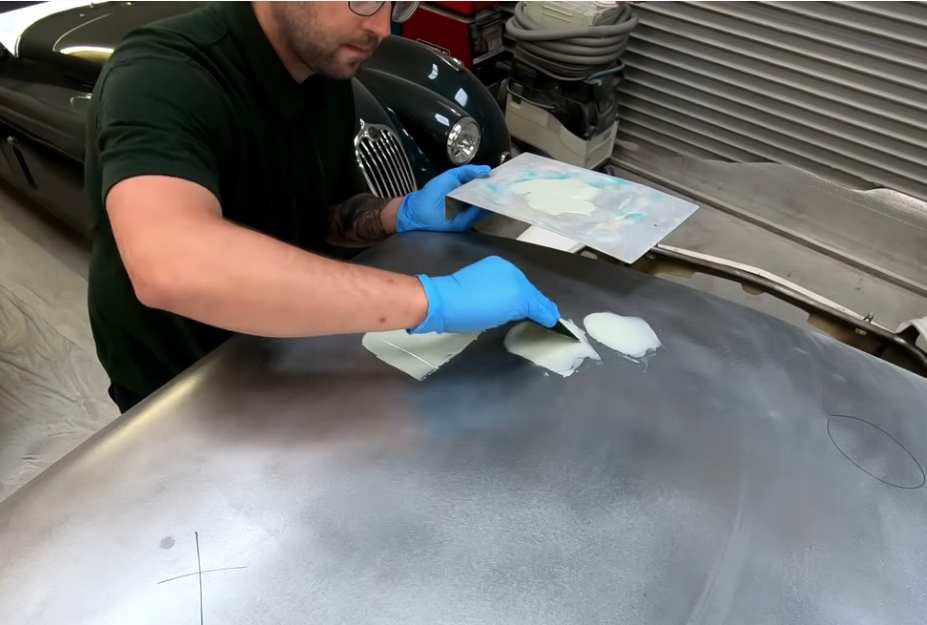 I’ve got a couple cars and trucks with crappy paint jobs. I know several body shops that will paint them for relatively cheap, but I use the term relatively loosely. Some of the cars and trucks I own are virtually dent free and would require little or no bodywork before paint. Unfortunately I also have a couple with dings and dents that will require some attention before I can even take them over to Maaco for a cheap paint job. But if I want it to turn out nice I’m going to have to learn to fix the dents properly, and get the thing ready so that the body shop is basically just shooting color and clear over it without having to do much, if any, bodywork. Thankfully, Nostalgia Matt is at it hot and heavy on the Mongrel build so he’s going over the whole body to find and replace dents.

The good news for Matt at Urchfab is that the Ford 100E project called the Mongrel is getting the royal treatment. The bad news is that it is more work, not the cheapest if you have to pay for it, and it takes real time. But what if you could find and fix your own dents and there was a video to show you just how to do it? That would be a pretty valuable video for someone like me that wants to clean it up and paint it to be done.