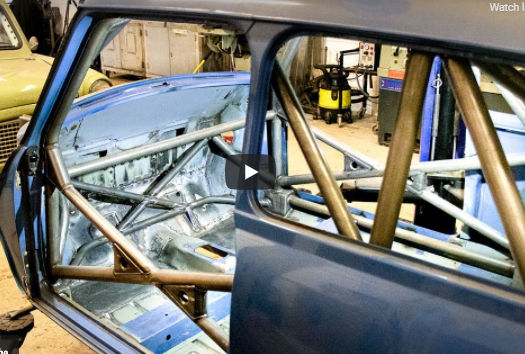 There are a lot more tubes in place in the Mini Cooper Race Car that Matt has been throwing together, and in this video, he throws the final few in and welds it all together. This is one trick little car with a cage that fits like a glove. Check it out. And if you missed any of the previous videos on this project feel free to use the link below to check them all out.

Here’s the latest video in the series. Check it out and be inspired to build your own really nice fitting roll cage.

BangShift Tune-Up: "Paradise By The Dashboard Light" by Meat Loaf (1977) Like A Boss: Watch Jimmy McRae, Father Of The Late Colin McRae Wheel A Vauxhall Chevette Rally Car Like A Boss