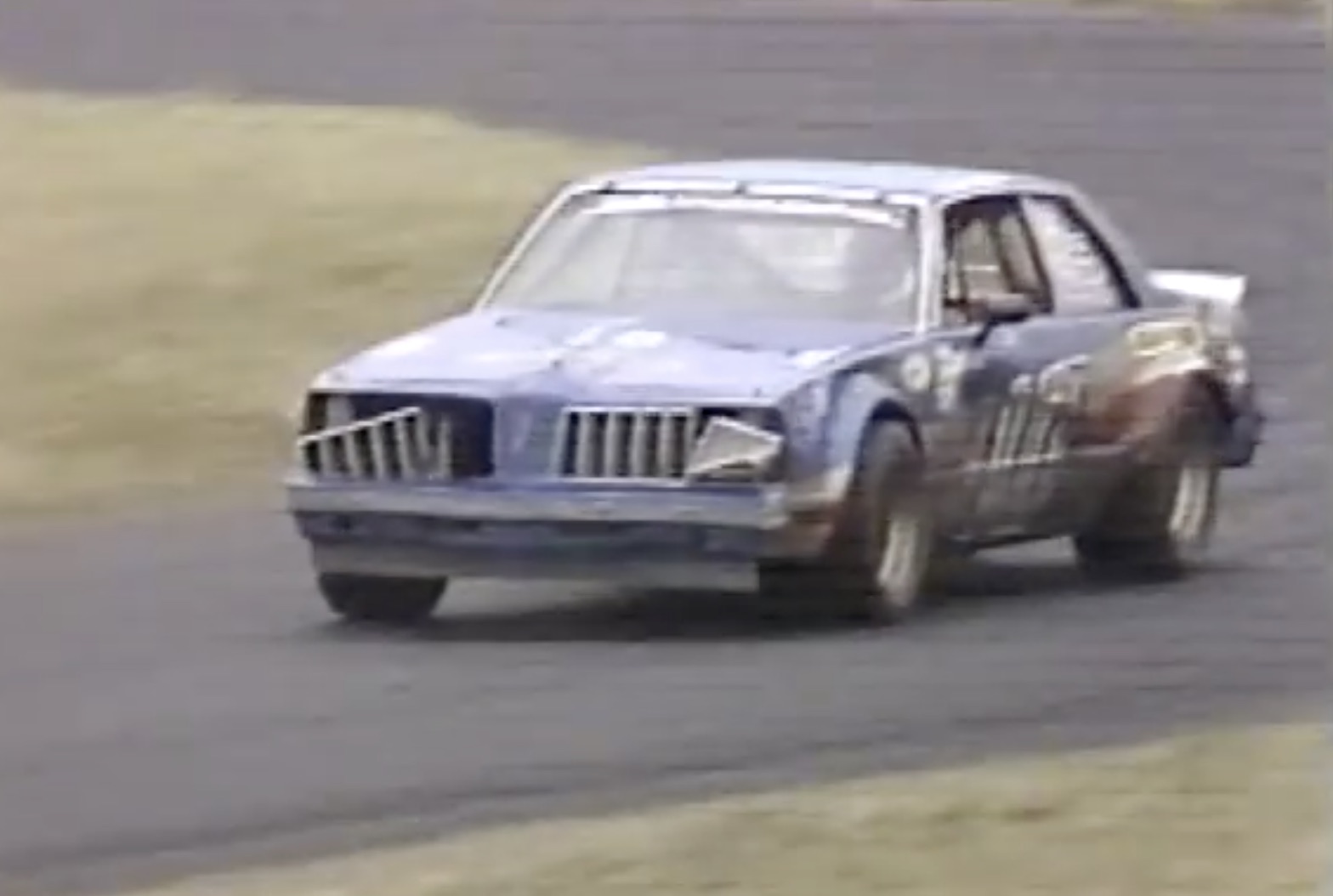 Between 1977 and 1989, IMSA had a race that allowed you to bring any American car to play on the roadcourses as a kind of preview race ahead of the IMSA GT main event. Dubbed the Kelly American Challenge, it was the launch pad for drivers like Lyn St. James and Paul Gentilozzi, who started off small and went on to bigger and better things in the racing world. The layout seems to be a mild form of NASCAR road racing coupled with a wide array of vehicles accepted for racing, as this 1981 footage from the Portland event will show.

Here, the last of the second-gen Camaros were battling it out with Fox Mustangs and Capris, while further back in the pack you would find the likes of AMC Spirits and Concords, a Chevrolet Malibu, and other contemporary vehicles. When would you expect to see a Plymouth Volaré, a four-door mid-Seventies Ford Granada, and an X-body Buick Skylark fending off a Dodge Aspen and a Ford Maverick?

If there’s any car we’re really latching onto, it’s the Pontiac Grand Am that is being driven by Kathy Rude in this clip. Keep in mind, these cars have to weight ten pounds for every horsepower they have, so some are running sixes and are trying to stay light while others are going for the full-hammer treatment while rolling in at nearly two tons. And you’ll recognize every last body shape you see…these aren’t shell cars, they are the real deal!

HURRY! Howell EFI Is Offering 10% Off Of All Complete TBI Kits Through The End Of March Another One? This 1966 Mercury Monterey S-55 Is Crossing The Block In Kansas City!