Sep 11, 2014Bryan McTaggartApex Video, BangShift APEXComments Off on Enjoy This Classical Rally Footage Of Ford Escorts Playing In The Woods 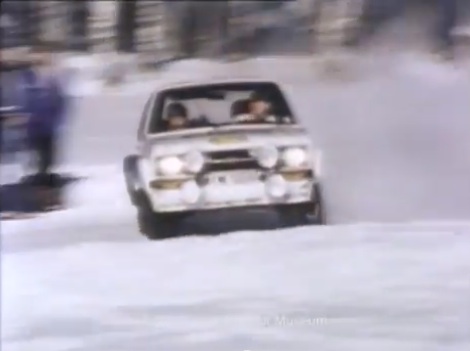 Oh, yes, this rules. This movie was compiled together from Ford historical footage, so ignore the stupid late-1980’s music playing in the film and enjoy the sounds and sights of Ford Escorts doing what they did best: rally. You will see the classic Mark I and Mark II versions hanging the tail and screaming to the moon, and some Mark III’s getting put through their paces in the forests of Europe and the deserts of Africa and Mexico.

The Escort, particularly the Mark I/II, was a extremely popular car in Europe and was a winning rally platform. They were simple, rugged, plenty powerful and could dance on just about any surface with ease under a skilled driver, such as Hannu Mikkola.

Check This Out: Highly Detailed Model Trucks And Scenery At A Show In Germany Ferrari CEO di Montezemelo Steps Down! What Is The Future Of The Prancing Horse?