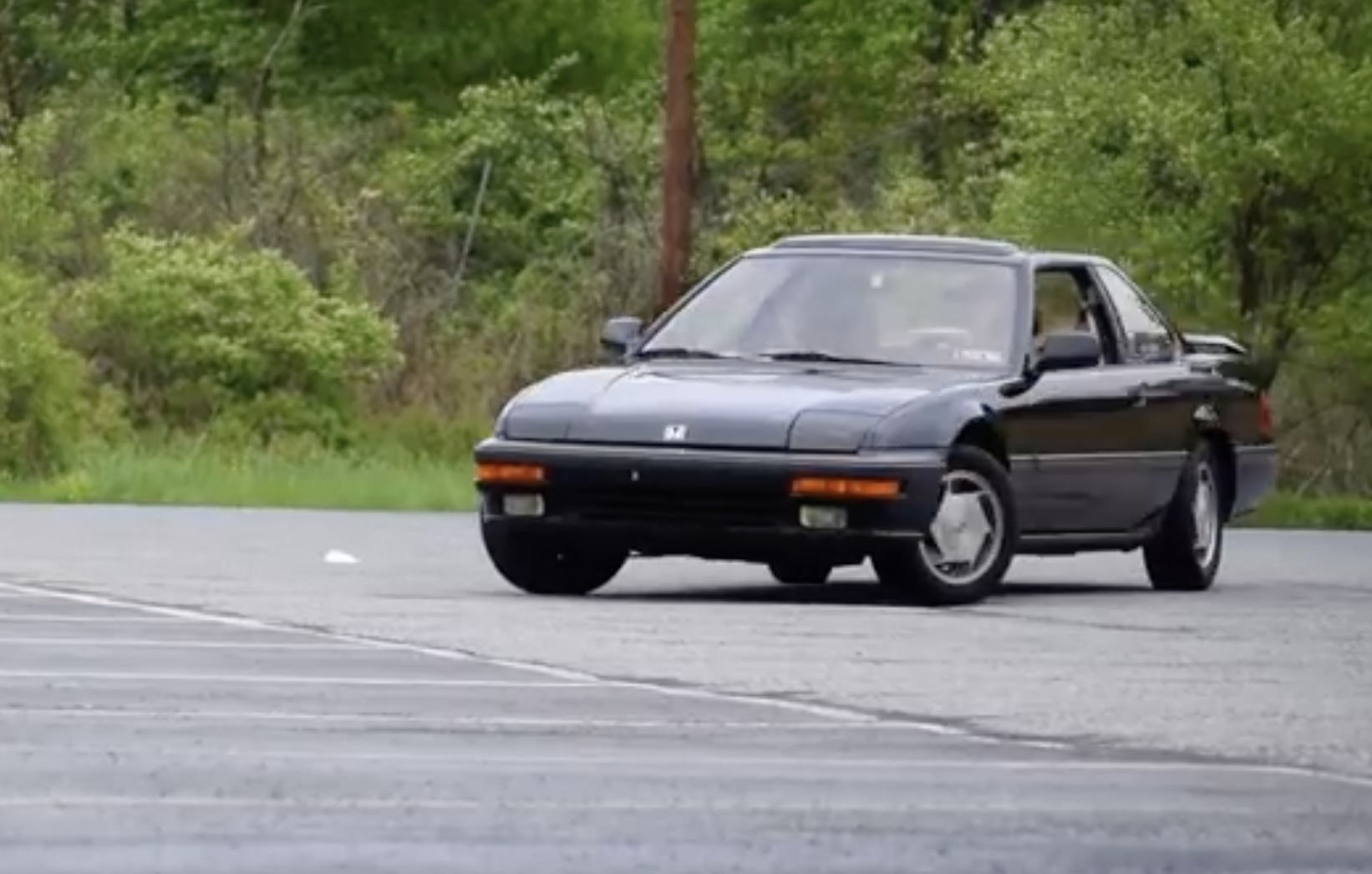 One of the most fun times I ever had driving involved a red Honda Prelude just like the one you’ll see below. A high-school girlfriend owned one for a bit, and during a visit to town she let me borrow it while the blue crapcan of a Chevy Blazer I owned at the time was making it’s first warranty-claim visit to a local dealership for a sticking throttle issue. For years up to this point, I had written off Hondas as a trend…this is when the late 1980s cars had gone past the hand-me-down era and into that strange territory before they became cool again. Hers was pretty well used, but upon driving it I understood the appeal of the car. It was without question unlike anything I’d ever driven before, a roller skate front-driver that loved to corner. And, turns out, loved to be pitched into a drift on a gravel road out in the prairies. You didn’t use the E-brake…just a little Scandinavian flick and when the rear started to swing wide, you buried your foot into it and let the car pull itself out of trouble. Neat little machine, that car was. Still didn’t want one afterwards, but older, maybe wiser me is looking at this car and thinking “daily driver”. You could do worse than a Prelude that had a tight turning circle, couldn’t you?

Doug Rose, Legendary Driver Of The Green Mamba Jet Car Dies At 80 Years Old At Norway Speedway Rough Start: A 1974 Pontiac Grand Am That Is Infinitely Cooler Than Any Other Car In The Parking Lot