Hot Ride: Go Onboard For A Few Laps Around Phoenix International Raceway Onboard JR Hildebrand’s IndyCar! 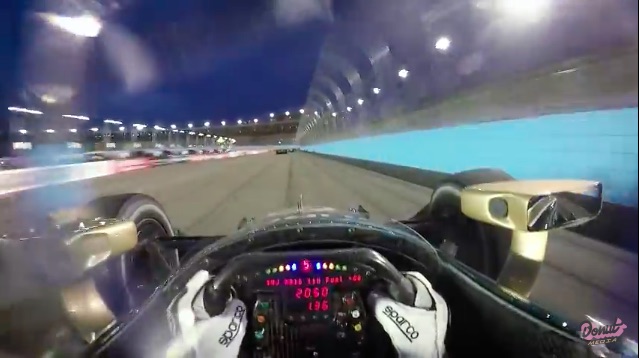 Is it a good or bad sign when the GoPro gets tunnel vision? We don’t normally pay all that much attention to IndyCar, and when we do, it’s usually for the wrong reasons altogether. But there is plenty to like about IndyCar racing: namely, the speed of it all. We get to watch the racers rip around courses on the outside, but just in case you ever wanted to get a first-person view of what it looks like to blast around a race track, Donut Media convinced JR Hildebrand to wear a camera as he put in some track time at Phoenix International Raceway. Hildebrand has been driving in IndyCar since 2010 and has no problem hanging with the 5–g gravitational loads placed upon his body as he flies around the track at over 190 miles an hour. Take note of how crammed he is inside of that cockpit…he doesn’t get into the car, he pretty much puts it on