Jun 24, 2014Bryan McTaggartApex Racing News, BangShift APEXComments Off on Knoop-Mann Special Will Run At Pikes Peak 2014 In The Unlimited Class 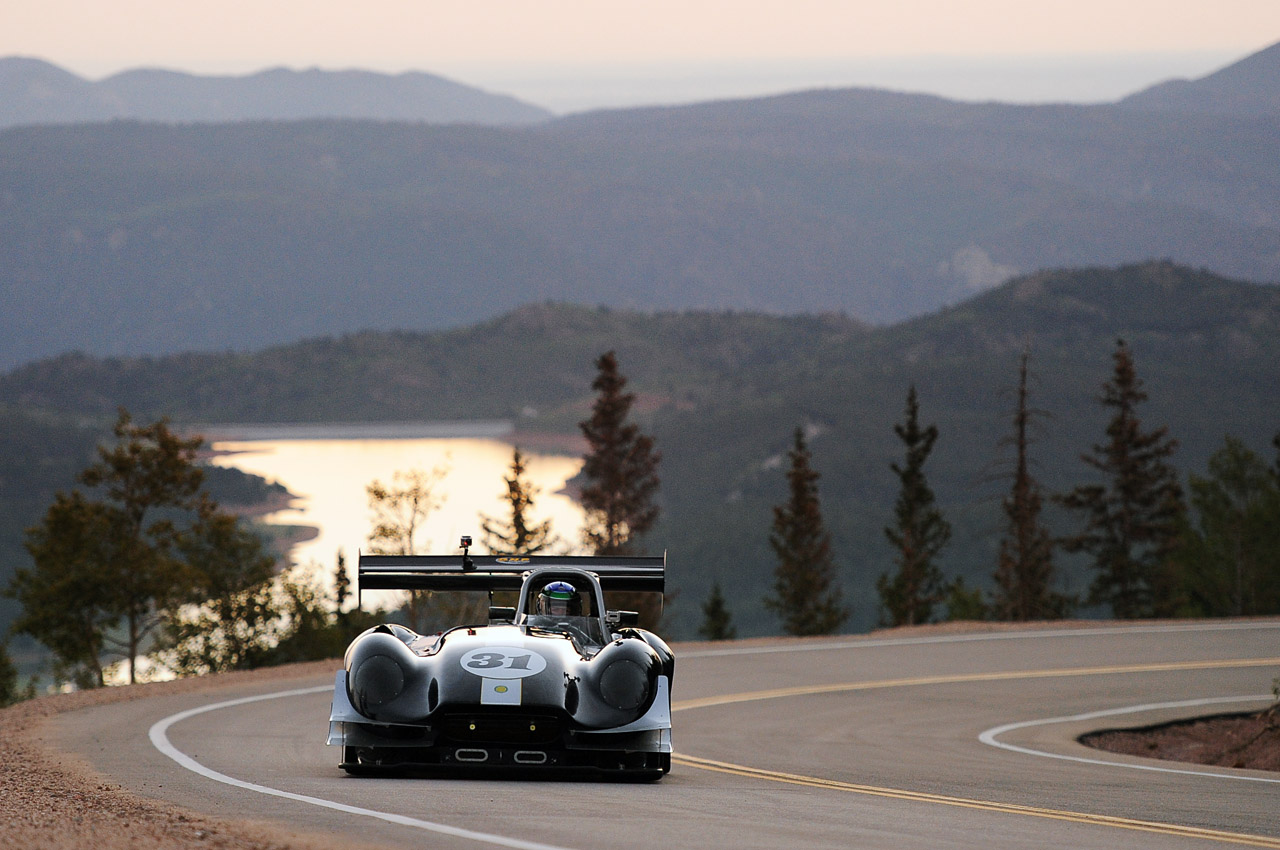 It was announced June 20th that the Knoop-Mann Special will be competing at the 2014 Race to the Clouds event, better known at the Pikes Peak Hillclimb, just outside Colorado Springs, Colorado, with Rick Knoop at the wheel. The Special will take on only the most psychotic machines, the ones designed to climb the last 4,720 ft of the mountain the fastest. The car, based upon a ’58 Lister-Jaguar frame, last appeared at Pikes Peak in 2012, where it won the Exhibition Class. Since then, the Knoop-Mann team have added canards to the front end and a wing to the back to add more downforce, and have been messing with engine combinations in order to be competitive, though it’s very likely the Special will still be running a Chevrolet engine with well over 800hp.

The Pikes Peak course, in spite of being fully paved in 2011, is still very fast and very treacherous, with hairpins and the kind of drops that haunt Wile E. Coyote in his nightmares. Racing any car on the course will make even the most jaded driver sweat, but to toss around an 800hp track monster? Hope you brought your courage. You’ll need it.

Here is the press release:

COLORADO SPRINGS, Colo. – June 20, 2014 – Veteran road racer Rick Knoop will “climb to the clouds” again at the 92nd edition of the world famous Pikes Peak International Hill Climb in the Knoop-Mann Special on June 29. Blending classic looks with true ability, the Knoop-Mann Special was developed from a 1958 Jaguar Lister frame as a tribute to the ‘Can-Do’ Generation of the fathers of Julian Mann and Rick Knoop. It’s a modern evolution of the Knoop-Huffaker Special that was built and raced by Knoop’s father, Fred Knoop, in the late 1950s. After winning the Exhibition Class in 2012, Knoop and Mann have returned to take on the hill in the Unlimited Division.

“It is a tremendous honor to race at the Pikes Peak International Hill Climb again this year,” said Julian Mann, owner of the Knoop-Mann Special. “We were proud to be victors in 2012, but we’re hoping to kick off our ‘Unfinished Business’ tour with a win in the Unlimited Division this year.”

There have been multiple key improvements to the Knoop-Mann Special since its 2012 victory, including several engine version upgrades and a rocker front suspension. The new high efficiency rear wing element and revised splitter provide much greater downforce. Finished in a sleek Navy blue with a silver and yellow stripe, this magnificent vehicle proudly pays tribute to the U.S. Navy Seals. An elegant beauty yet powerful beast, the Knoop-Mann Special is set to challenge the Unlimited Division.

“The evolution of the Knoop-Mann Special since its debut in 2012 is incredible,” said Knoop. “The car’s explosive acceleration is matched with smooth agility and sexy vintage looks. The visual magnetism of this beauty excites people of all ages. It is one of the most exhilarating cars that I’ve ever driven.”

Knoop and the Knoop-Mann Special team are the 2013 NASA National defending champions in the TTR class. They are currently second in the Super Unlimited class and lead the TTR classes in the Southern California region.

A long-standing tradition in Colorado Springs, the Pikes Peak International Hill Climb is the second oldest motor sports race in America; 2014 marks the 92nd running of the event. Throughout the week, fans can enjoy practice sessions, opportunities to purchase merchandise and Fan Fest, which is open to the public Friday evening. Racing will take place on June 29 as participants climb 4,720 ft. up the 12.42 mile track that consists of more than 156 turns.

About Knoop Motorsports and the Knoop-Mann Special
Through longtime friendship with owner and co-driver Julian Mann, World Endurance Champion Rick Knoop and Busby Racing, based in Laguna Beach, California, developed the Knoop-Mann Special from a 1958 Jaguar Lister Frame. Mixing beauty and function, the car is a tribute to the WWII generation and racers like Fred Knoop who built and raced the Knoop-Huffaker Special in the late 1950’s. With its sleek navy blue finish, yellow livery and Navy Seal logo, it has also evolved into a special tribute to all U.S. soldiers, sailors, airmen and Marines of the WWII and Korean War eras. With more than 35 years of racing experience, Rick has won and placed in many of the world’s most challenging and prestigious sports car races.

We’re not sure how they could improve on the car in the video below, but they say they have. July 29th is the 92nd Pikes Peak Hill Climb, and we wish Knoop-Mann the best of luck! 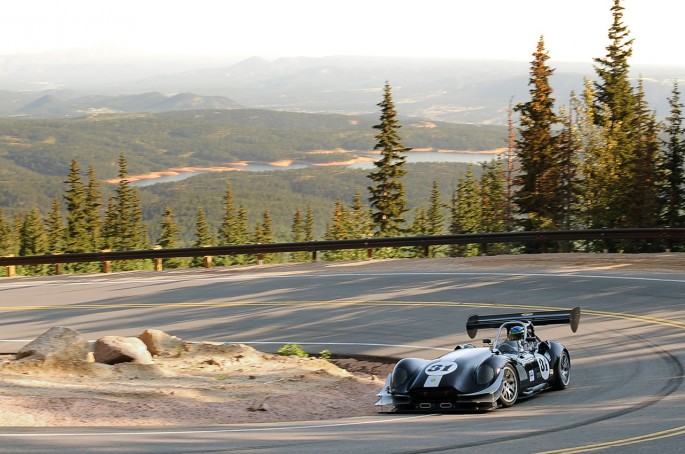 (Thanks to Scott Black for the tip!)