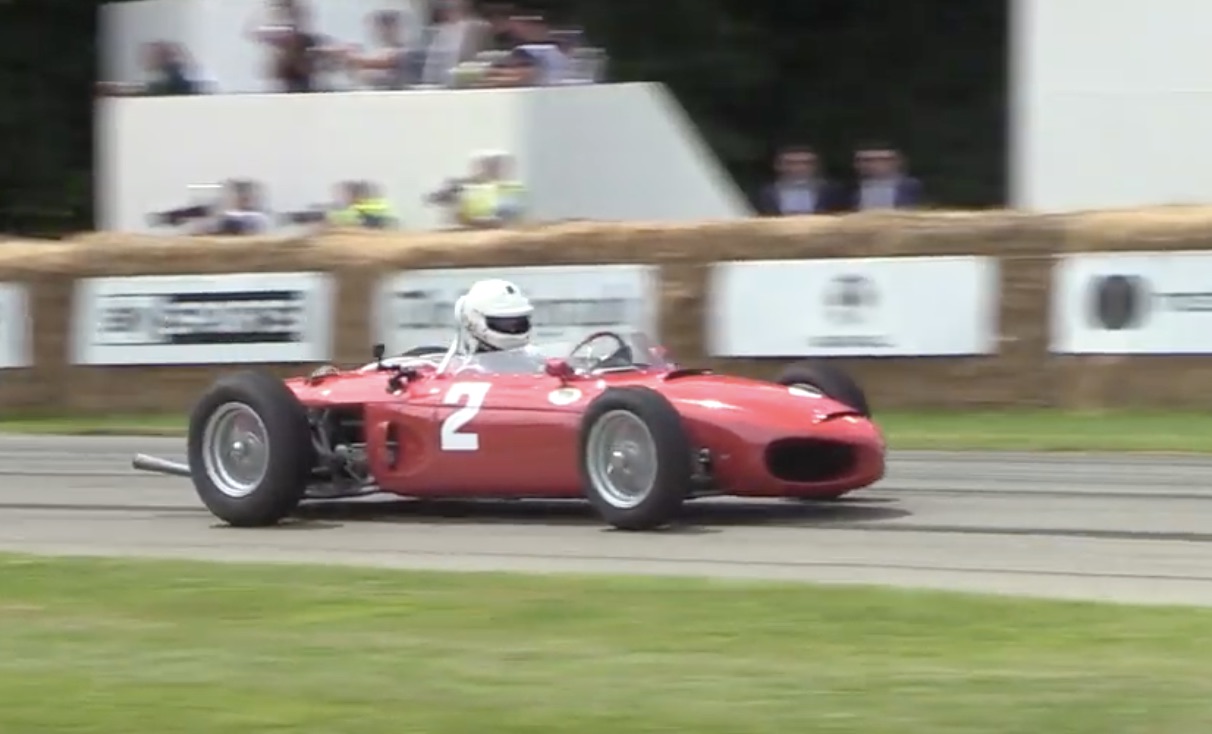 If you ever see a Ferrari racing car of this vintage, know right off the bat that what you are looking at is a recreation. It might be the most meticulous recreation on the planet, it might have a powertrain that was used in the original vehicles, but it is not a surviving example whatsoever. The company would usually dismantle the old racing cars after their usefulness had wrapped up and would utilize the remaining parts to build whatever was coming next. That means that not a single 156 F1 has made it to the 21st century. They were actually all scrapped by 1963.. But Ferrari folk are not only in love with the legacy, but they have no problem whatsoever bringing the past back to life when they feel like it.

So, a bit about the 156 F1…they were V6 powered. Due to a Formula Two rule change that required the engine’s displacement to be no more than 1.5L, two engines were employed. First was the Dino V6, a 65-degree unit that had first seen action in 1956, then a change to a 120-degree engine that bumped up ten horsepower and came in at a whopping 90 cubic inches. But don’t let that figure fool you, because it cranked out 187 horsepower at a screaming 9,500 RPM and was stuffed into a tube chassis car that probably weighed in just barely more than the driver did. Light and potent without being completely overwhelming to drive, the Sharknose cars (nicknamed for the twin-nostril nosecone) gave Ferrari two Formula 1 world championship results (1961 and 1964).

I’ve always said that no V6 sounds good…unless it came from Italy. The Sharknose Ferraris certainly keep that statement firmly in truth…they sound raucous down low and scream nicely at the top end with an excellent acceleration pitch!

Rumbling History: Watch and Hear This Incredible Miller V-16 Run - 1,075hp Back In The 1920 and 30s! Breaking: All United States Domestic Auto Makers To Close Plants - Manufacturing Grinds To Screeching Halt Due To Virus Spread Concens