On This Day: The Horrific 1955 Le Mans Disaster 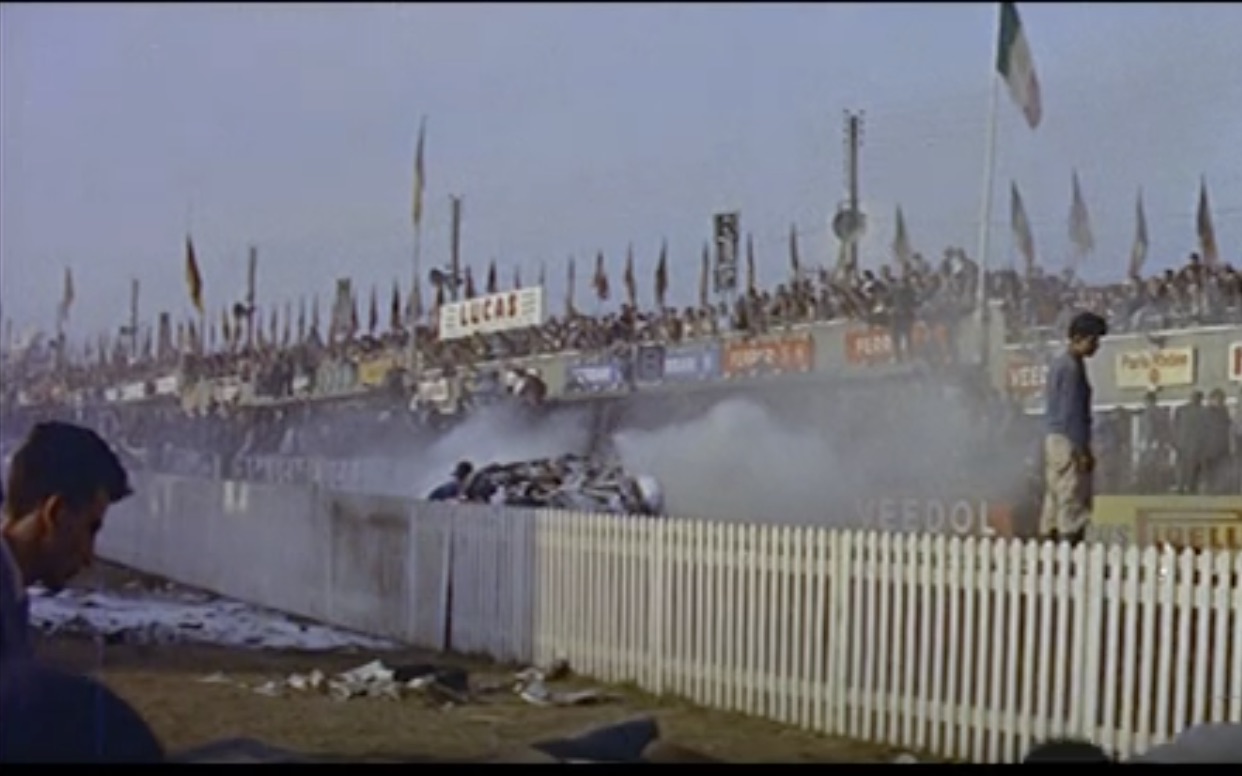 It happened in the blink of an eye. Mike Hawthorne’s Jaguar pulled out in front of Lance Macklin’s Austin-Healey, who swerved into the path of Pierre Bouillin (aka Levegh). Bouillin’s Mercedes 300 SLR rear-ended the Austin-Healey and ramped off of the car, aimed left, bounced off of a dirt berm at over 125 miles an hour, and went into the crowd tumbling with at least two impacts, the second of which decimated the car. Once disintegrated, parts flew through the packed fans in a scene no Hollywood horror genius could’ve thought up on their own. The hood became a scythe, the engine block God’s own hammer, and Bouillin was dead, his skull crushed from his impact with the ground. The Mercedes burned hot enough from the fuel fire to catch it’s magnesium alloy body on fire, and with a fire department that had no idea how to actually fight a magnesium fire, the water poured on the burning wreck only amplified the flames.

By the end of it all, the official death toll was somewhere between 80 and 84 individuals, as many as 178 injured, and in all likelihood, there were probably more in both categories. Many countries immediately banned auto racing, and even to this day, Switzerland won’t let any internal-combustion engine powered vehicle race and only in 2015 started allowing electric vehicles to run. The blame was cast in many different directions: at Hawthorn because of his maneuver that could’ve been construed as cutting Bouillin off in traffic. The official cause of the crash was ruled a horrific accident with no one person to blame, but focus was put on the safety standards of the track at the time, which drivers had been talking about prior to the running of the race.

“The regulations are written in blood”, the saying goes, and if there was ever the perfect moment for that phrase, Le Mans 1955 was it. Look at the track, look at the proximity to the pits the racing cars are driving. If it didn’t happen in 1955, it would’ve happened in 1956 or 1957. It took a crash that horrific to get changes in place to make racing safer.

Pre-Rocket Bunny: 1977 Chevrolet Monza Widebody - Can You Hear The Screaming Small-Block? One Bad Launch: Watch This Motorcycle Drag Racer In Bolivia Take Out The Scoreboard, The Tree, and Nearly The Starter! DOH!