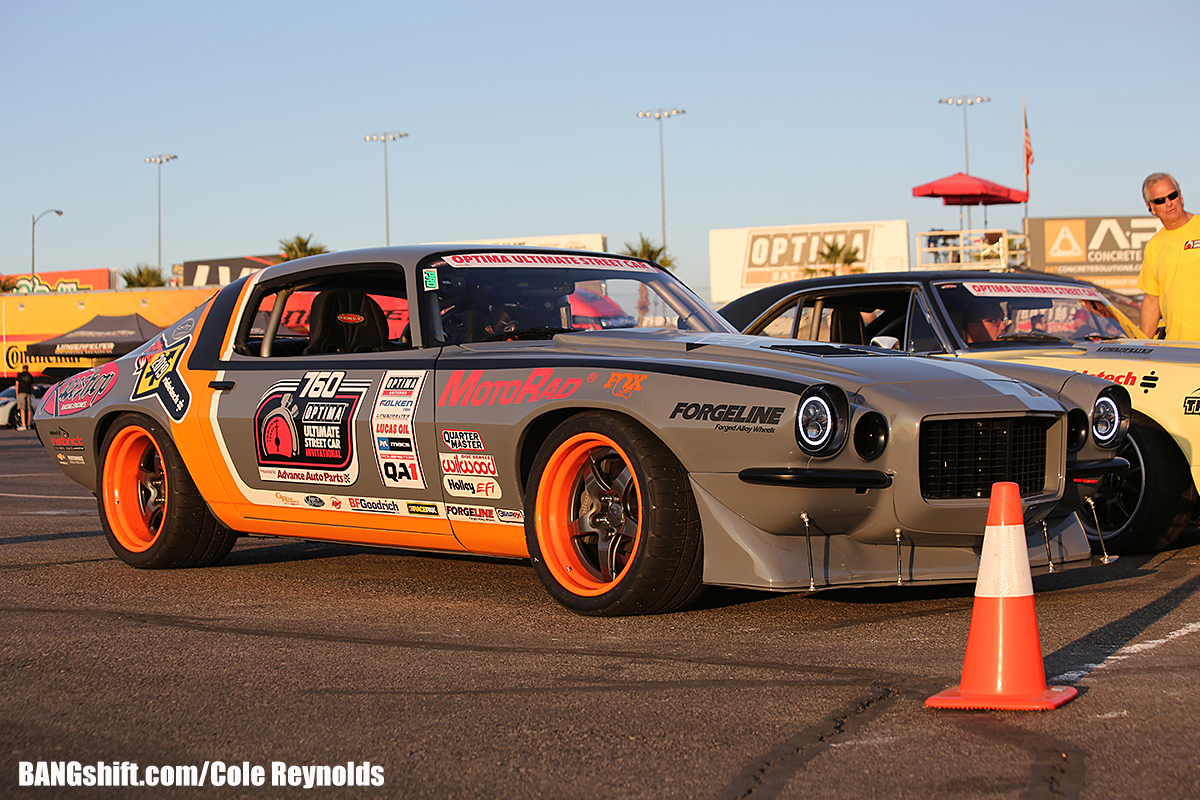 (Photos by Cole Reynolds) Optima’s Ultimate Street Car Invitational in Las Vegas is the perfect bookend to 10 days of racing and hot rods and performance. Starting with NHRA’s Mello Yello Drag Racing Series at The Strip at Las Vegas Motor Speedway, then continuing with the SEMA Show crammed into the middle, and ending with OUSCI at Las Vegas Motor Speedway, this is 10 days of epic awesomeness in Vegas. Of course OUSCI is an event like none other, with street cars on display all week at SEMA and then cruising the strip to LVMS and then racing all day Saturday and Sunday on the autocross, speed stop, and road course. These cars are put through their paces, and then also have to go through design and engineering judging, to see who is going to come out on top in each class, overall, and for the class championships for the year as well.

With reigning OUSCI Champion Mike Dusold on the property behind the wheel of his venerable Camaro, which due to rules changes will no longer be eligible for competition in 2020, everyone was looking at that Camaro wondering if they could knock it off it’s perch. Given the fact that Mike had won his class in nearly every competition he entered this year, there is no doubt that he was going in as a favorite. But man that can be a lot of pressure, and pressure can cause mistakes and parts failures and all kinds of drama. We know Mike though and he’s a pretty calm character who is always out to have a good time. He had a really good time this weekend, taking home another win in a great victory that will send the Camaro out on top.

IF YOU MISSED ANY OF OUR OTHER OUSCI PHOTOS, CLICK HERE