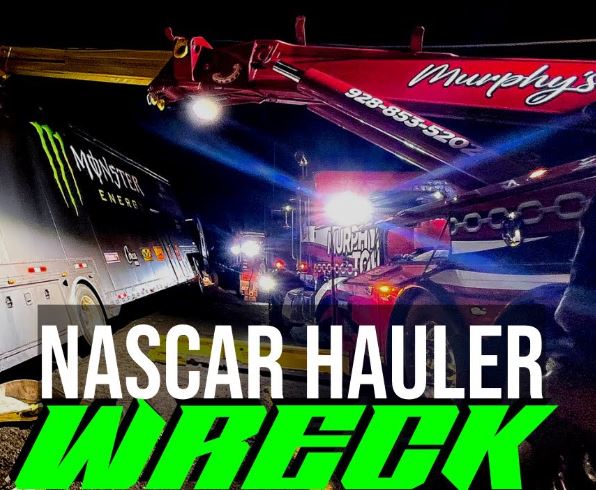 In this video from the guys at Murphy’s Diesel, you are going to see the Stewart-Haas Racing hauler for Riley Herbst’s NASCAR Xfinity team precariously teetering against a guardrail after the driver had a medical emergency and drove off the freeway and onto the left shoulder of Interstate 40 near Flagstaff Arizona. The shoulder was clearly soft and the truck drove itself along the guardrail until it came to a stop. The damage to the truck doesn’t look massive, but there is more hidden damage underneath than I first thought. The trailer has mostly cosmetic damage, so it can continue the rest of the trip to Las Vegas for the NASCAR race it was trying to get to.

The video shows the recovery as well as bringing the entire rig to the shop to see what is going to be required to get it rolling for the rest of the trip. They do open the trailer to see what kind of damage has been done and it seems like most of the stuff is mostly where it should be.