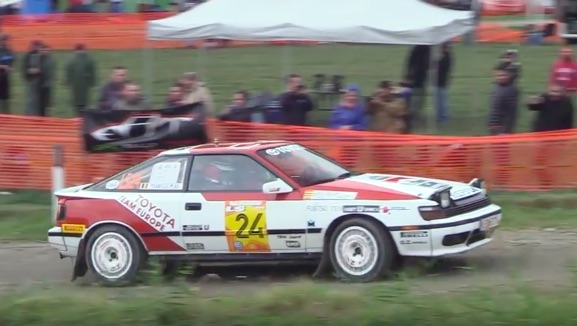 I don’t have many imports on my list of must-own cars. Some are intriguing, some are worthy of every ounce of praise heaped on them, and some are just too much fun to pass up, but there isn’t really one that hits that nerve, that I can’t ignore. The closest I’ve come is wanting a Toyota Celica GT-Four from 1986-1989. It’s a solid choice…Group A Rally homologation special, viscous coupled center diff, five-speed manual and looks that are, for the most part, no different than the standard Celica. And that’s why I want one the most, preferrably in red.

Growing up, most of the cars that were owned by “the adults” were 1970s hand-me-downs and used cars. The only exceptions to that rule were the Chryslers my great-grandfather cycled through every four years and the lone 1986 Chevrolet Cavalier station wagon that was pressed into brat hauler duty at my father’s. When I moved to Washington State in the early 1990s, the cars of choice were pretty solid from a gearhead perspective: a 1975 Olds Omega coupe did daily-beater duties for my mother, and whatever was the flavor of the week was my stepdad’s deal, and that could be anything from a monstrous Dodge Ramcharger with a stomper of a big-block to a 1969 Chevelle with the world’s most pissed-off 327 under the hood. And that lasted right up until 1997, when they decided that the Omega was too worn out to continue on and that fuel mileage and reliability needed to be addressed. So they drug home a 1989 Celica GT liftback. Other than the cheap aftermarket wheels on it and the mis-matched taillights (one 1986, one 1989), it was a solid score…though the two growing teenagers crammed in the back proved that size obviously hadn’t been in consideration when the purchase was made.

The Celica also did duty as the car I initially learned to drive on public roads with. At the time, the Chevrolet Impala I had was sketchy in just about everything and the Celica offered a reasonable option to learn to pilot around. When I was with an adult in the passenger seat, I behaved as such. But we lived on a large amount of property, with a lot of open room in a field that expanded outwards from the front yard. What did that mean? It meant that when my mother was away at the neighbors or doing whatever else she did, I snuck the keys and proceeded to practice E-brake turns and reverse donuts to my heart’s content. Compared to the other vehicles I had driven, it was light, nimble and almost peppy…almost. In fact, my only complaint about the car was when I was tasked to change out a dead starter on it. That was contortionism at work.

Last I heard of the car, my brother had received it as a hand-me-down ride and if I know his vehicular habits, the Toyota was either driven through the ground or died a gruesome death. Ah, well…how misty can you get over a Toyota?

By the way…here’s some great GT-Four footage, courtesy of 19Bozzy92. Enjoy!

Arise, Lazarus: Washing A Datsun 280Z That Has Been Sitting Since The Bicentennial The Jester Hits Home: This Guy's Idea To Make Formula 1 Racing Worth Watching Is Genius