Sep 19, 2016Eric RoodApex Video, BangShift APEXComments Off on Watch This Nissan GT-R Get Take a Flying Leap When It Gets Bumped Mid-Corner 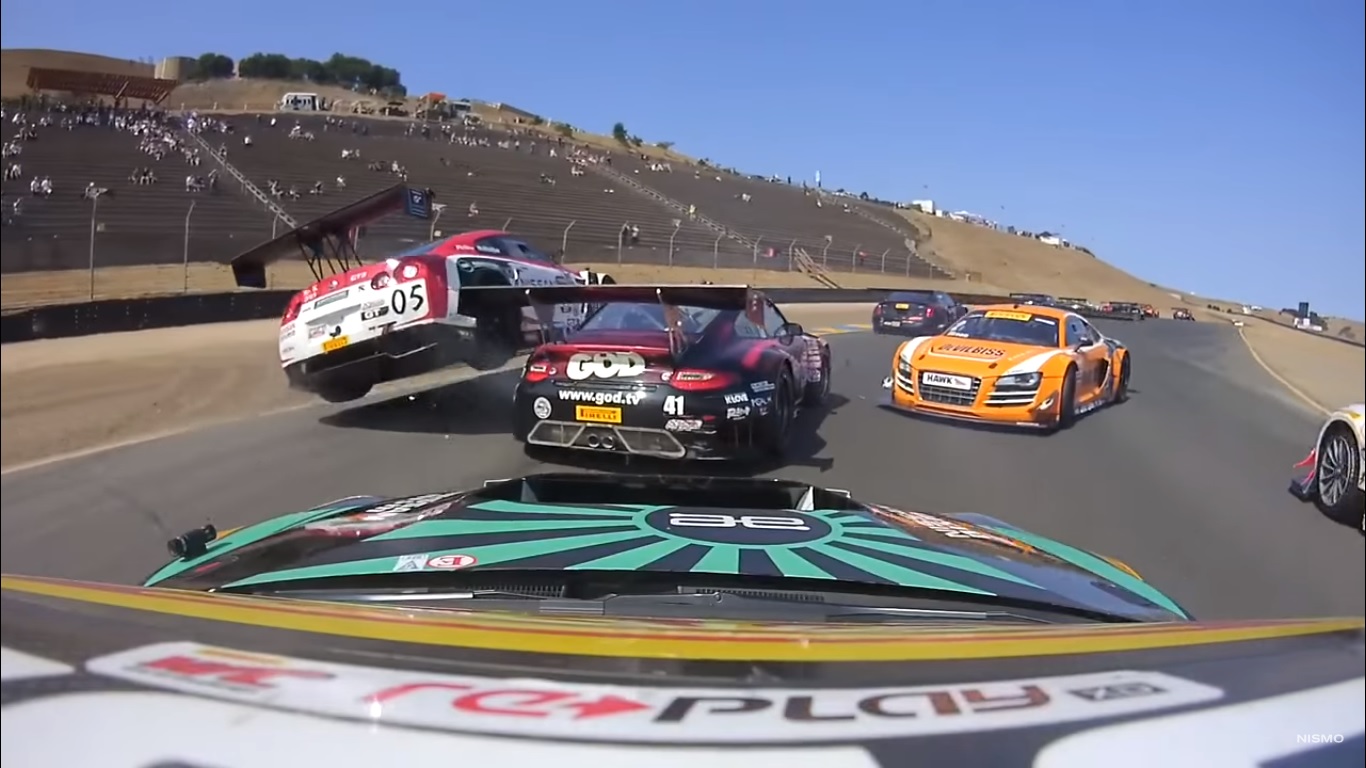 We’ve heard so much for many years about the Launch Control option on Nissan’s GT-R, but I don’t think this what they had in mind. At last year’s Pirelli World Challenge race at Sonoma Raceway, Nissan driver Bryan Heitkotter took a bump at the top of the Turn 1-2 hill at the track and found himself airborne and off the track. The bump came from the #41 Porsche driver Michael Lewis, whose EFFORT Racing sponsorship surely makes this look like an act of god.

Despite the nudge, Heitkotter recovered to finish in the Top 10, which is no small feat in the very deep World Challenge field. That should come as no surprise to those who have followed the series, though; Heitkotter swept the last PWC weekend at Utah Motorsports Campus with a pair of wins. He came to the factory-backed Always Evolving team as a graduate of the GT Academy, a program that takes the best Gran Turismo players and turns them into top-flight race car drivers.

That might sound like a terrible idea to anyone who’s ever been taken out in the first turn of any online racing game, but Heitkotter has shown remarkable resolve for someone whose first professional race was only in 2011 and whose first full season of racing wasn’t until 2014.

This 1969 Ford F-350 Wrecker Could Be The Most Stunning We've Ever Seen - Perfection! Boxes And Barges At The 2016 NSRA Nationals - BangShift Approved Iron!