DIY Gooseneck Trailer Build: Part II. Hydraulic Jacks, Toolboxes, And A Winch Are On The Menu 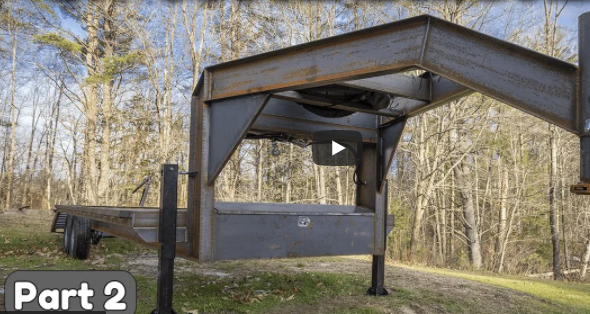 I don’t know anyone that owns a trailer that hasn’t at some point thought it would be cool to build one. There are a lot of times when this would make zero sense financially but might give you a trailer that is more custom than you can otherwise get. With material costs going up so much over the past two years it is probably hard to make it a wise financial decision for everyone, but I do think it might in this case. I just got myself a new gooseneck trailer that is considerably larger than the one in this video, and while I have built a fair number of trailers I don’t know that tackling one with a 40 foot deck would be on my short list of dream trailer builds.

But what about you? Watch this video and be inspired to build your very own trailer. Maybe it’s a gooseneck, maybe it’s a typical tag or bumper pull trailer, but whatever it inspires you to make we’d love to see it so don’t be afraid to share. In the first video on this series the majority of the frame and structure was completed but there is still plenty to do. In this video, it is all about the hydraulic jacks, toolboxes, and a big winch. Watch.