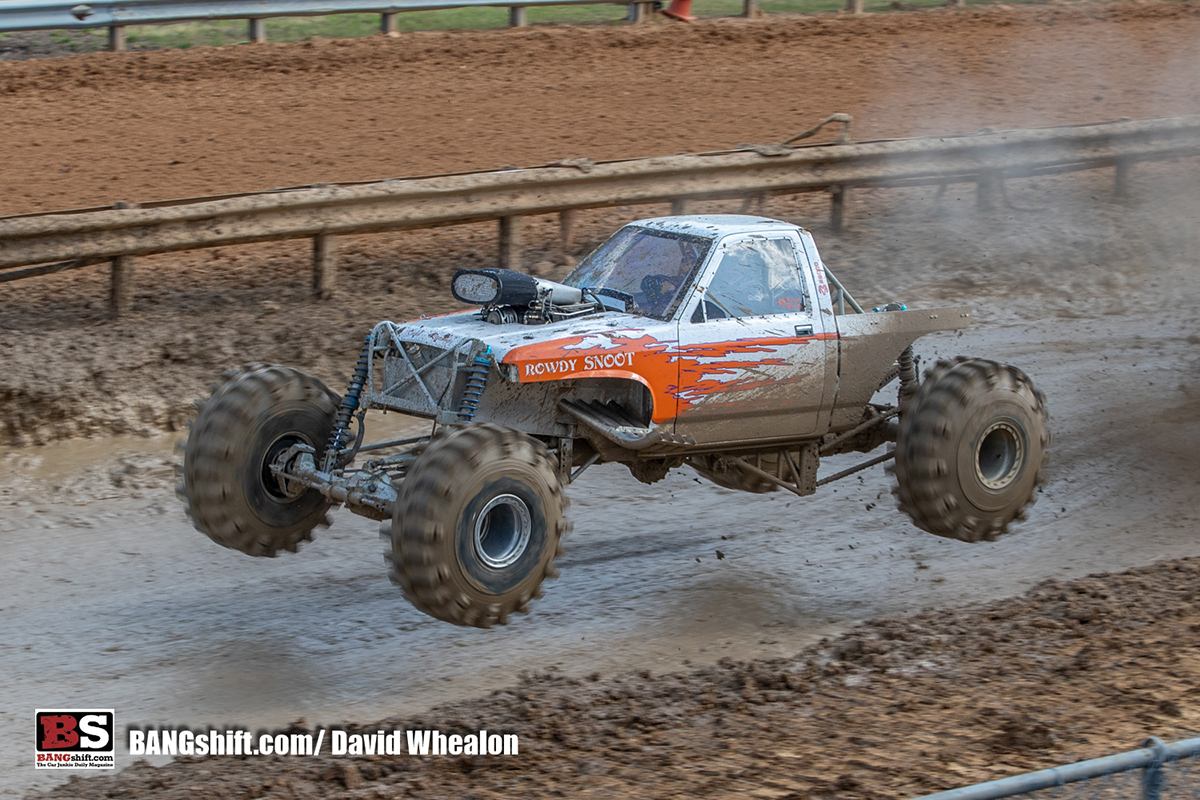 Thanks to longtime BANGshift contributor David Whealon, we’ve got some awesome photos from the Darryl Jones Memorial Race at Lee County Mud Motorsports Complex in North Carolina. With both dirt and mud racing action going on at the facility, for this first annual event, there was tons to see and do and David captured it all. We’ll have another gallery coming this week as well, so check them all out below and tune in again to see the rest.

(Words and Photos by David Whealon)

The unfortunate passing from a courageous battle with cancer last year of famed and beloved mud racer Darryl Jones, pilot of the legendary “Scooby Doo” Blown Ford Ranger Hill n’ Hole mudtruck and owner of the Lee County Mud Motorsports Complex in Sanford, NC, left a legacy that will remain in many people’s hearts and minds forever. Darryl passed shortly after the annual running of the 2021 “Blown Alcohol Madness” and the “Fastest of the Fast” race. The race format consisted of a 160’ of freshly groomed Carolina red clay for some of the most badass Blown Alcohol Dirt Dragsters along with Nitrous injected machines to turn lightning fast passes on. On the “Fastest of the Fast” muddy side of the race, a 250’ length of thick sloppy muck with two hills in between three murky mud pits is where the fastest mudtrucks in the nation come to compete in an effort to gain entry into the prestigious  “3 Second Club”.

After Darryl’s untimely passing the future of this yearly tradition was understandably unknown. With the help of some of the most devoted racers, Darryl’s Widow Deborah chose to keep the tradition alive and created the First Annual Darryl Jones Memorial Race celebrating his life and passion of the sport he loved so much.

Tons of heavy iron showed up on the picture perfect weekend to put on a fantastic showing of soaring dirt and mudslinging at it’s finest. As a late added treat we had several Mega trucks show up on the property to give it a go in the deep mud. The event was such a huge success that planning for the 2nd Annual Darryl Jones Memorial Race has already begun. A big thanks to all that helped make this Memorial Tribute to Darryl Jones a new tradition for many years to come.