Buy A Military Truck, Hook It To Your Trailer, And Go! Simple Right? Well, Not So Much Unfortunately. 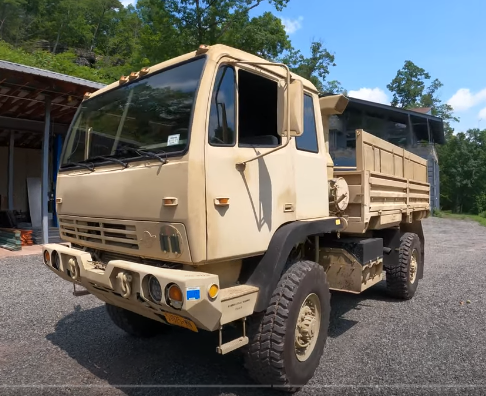 It should come as no surprise that for all the awesomeness that can be found on a military vehicle, there are also some things that make little or no sense in the real world. And it goes beyond stuff like electronics and controls, which in some cases use military switches and such that are decades old just because that’s what they use, not because they are the best thing out there now. But what amount the mechanical stuff? You know, like a trailer hitch? I mean sure the military has their own trailers, but a regular trailer should hook right up to a military pintle hook hitch right?

Not so much as you will see in this video. And it turns out military bolts are real tight. Like REALLY F’ing tight. Watch Andrew Camarata get his reengineering on as he finds out he can’t actually tow his trailer in the real world with the way this truck is setup. And I’d argue you couldn’t tow the military trailer behind it in the real world either, but I’m sure someone will argue with that. Either way, he made changes to the truck that will make it much better for towning just about any trailer and while he’s a bit rough, the end result isn’t bad at all.

Plus his dog Cody does like riding in this big truck, so if it is dog-approved it is worth the hassle to make it right.

NPK Photos: All Your Favorite Street Outlaws Racing At No Prep Kings In Maple Grove! Footbrake Bracket Racing For $10,000 Per Day! This Could Be A Very Lucrative Weekend For Someone!