This 1956 Dodge Truck Hasn’t Been Down The Road In 34 Years, Will It Run And Drive Now? 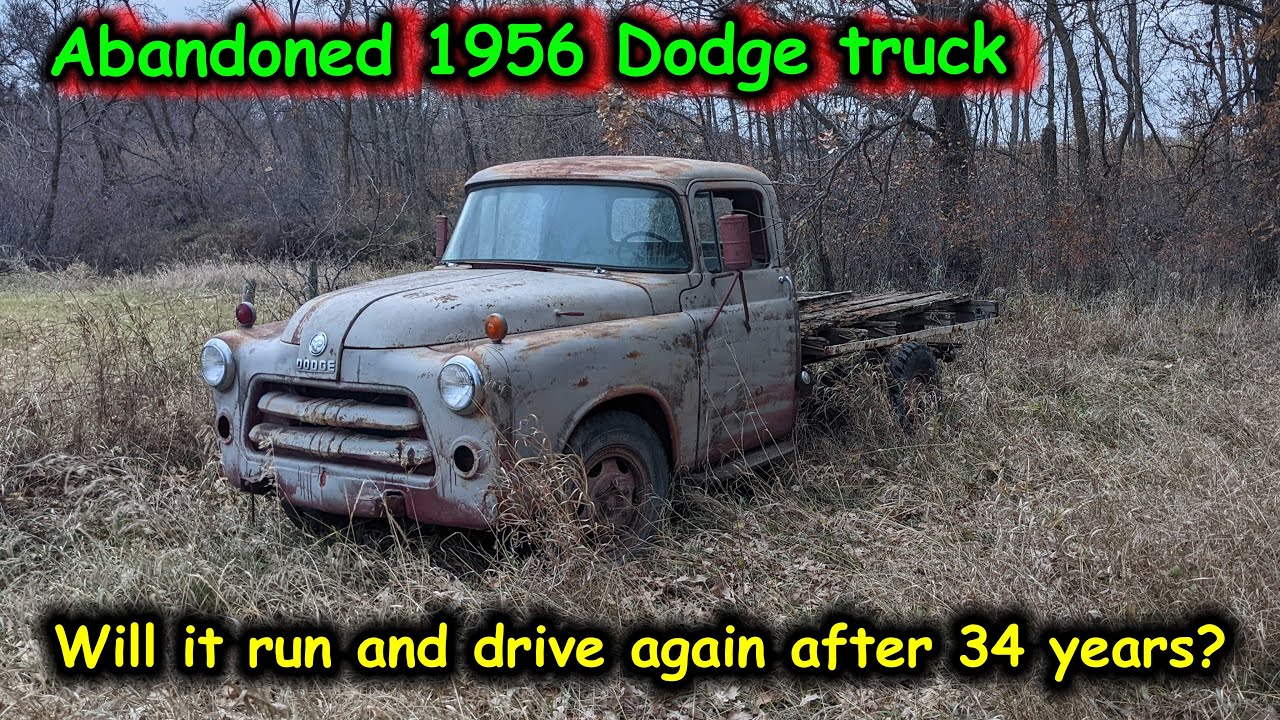 This Dodge truck was last on the road in 1988, the year I got my driver’s license. It is sitting in the corner of a field in Manitoba Canada so it isn’t like it’s been sitting in some warm nice place that might preserve it. But it hasn’t been in the salt and nasty snow-covered roads in that long either, so I guess that is why it’s still around. But is the engine locked up? Will it run and drive? Or does it have a bunch of bent and broken stuff inside that will keep that from happening?

The last few will-it-run style videos from Brent at Halfass Kustoms have been rough overal. He’s had a couple tough ones that just didn’t want to run. The damage on several of them was considerably more than he thought at first glance.

We haven’t watched this one yet, so we’re going to find out what happens right alongside you.

Learn How This Cutlass Goes From Barn Find To Bright And Fresh! Addicted To Buying Cool Stuff? Watch What The Hot Rod Hoarder Has Found