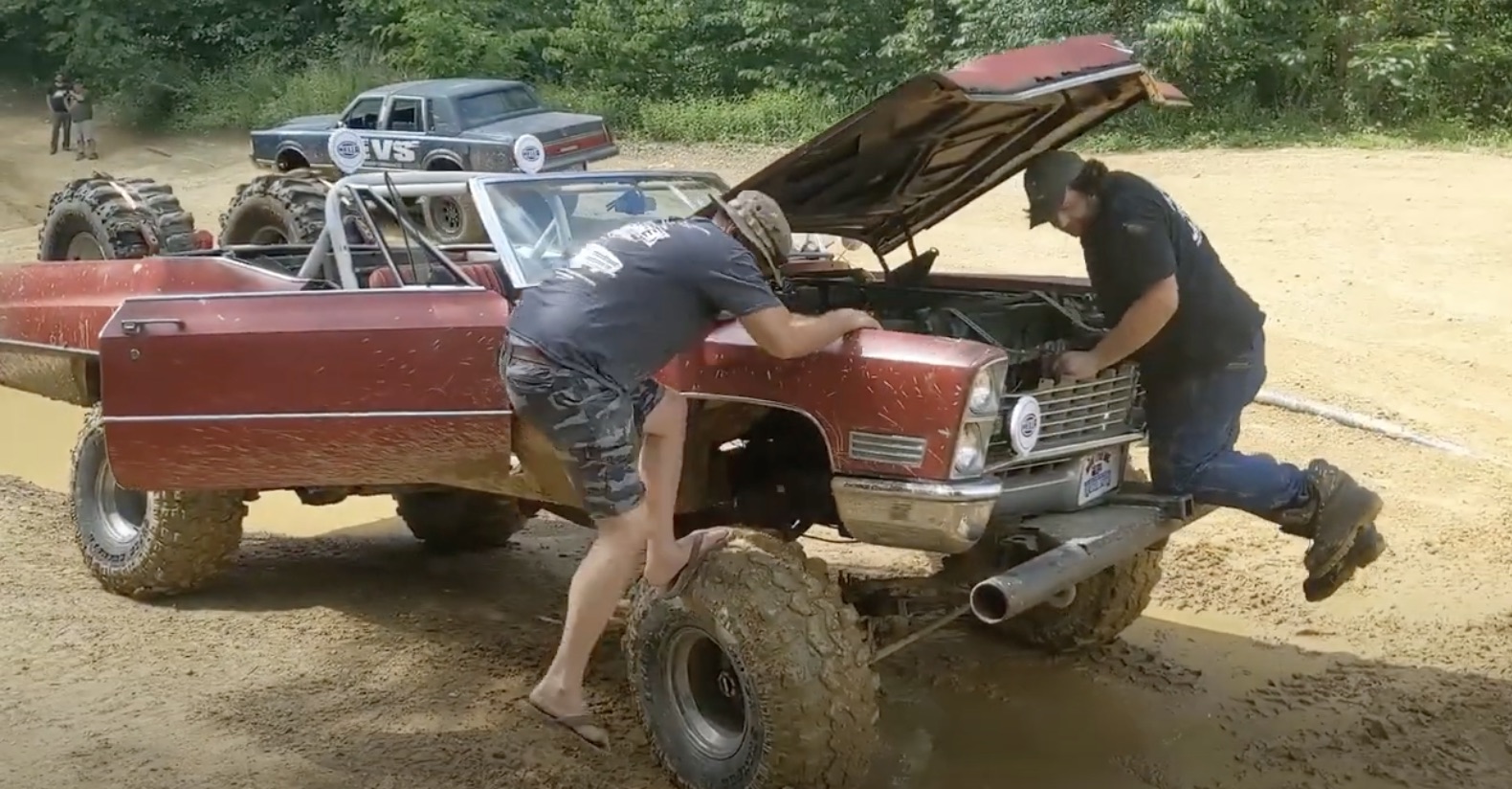 The beastly Coupe de Ville that Jacob Davis has been trying to will into life for some reason or another is alive and somehow is moving under it’s own power. How well? Don’t ask too many questions, it’s for the best. But as long as it’s moving, it might as well do what some guy in Florida designed it to do and hit the off-roading trails. Surely to God a big red Cadillac droptop will be right at home on an off-road course that is better suited to dirt bikes and UTVs, right? Top Gear America proved that with just a little bit of determination and a heavy application of the right foot, that they make excellent off-roaders. They also proved that with a proper jump in the way that they can be bent into the shape of a canoe, but let’s not worry about that now, okay?

The event that the beastly de Ville made it to is a Josh Mazerolle-designed affair called the Death Wish Mud Buggy Adventure and all you need to know going into the deal is that it’s trar heaven. We’re talking a 1970s Charger that looks like it’s on HMMWV axles, a diesel-swapped Lincoln Town Car, a couple of Mercury Grand Marquis, a tank of a Packard, one of the most hacked Chevrolet Express vans we’ve ever seen and more. We’ll do just like Jacob does, ignore the valve hammering away, the bleeding transmission, the burning air filter, and enjoy the ride!

Super Cool Footage of the Dragmaster B/FX Dodge Sweptline Drag Truck and Killer Tape of the Little Red Wagon 800hp, 10,000lbs of Downforce, and Looks To Kill - Ride Along In The 1991 Corvette Intrepid RM-1