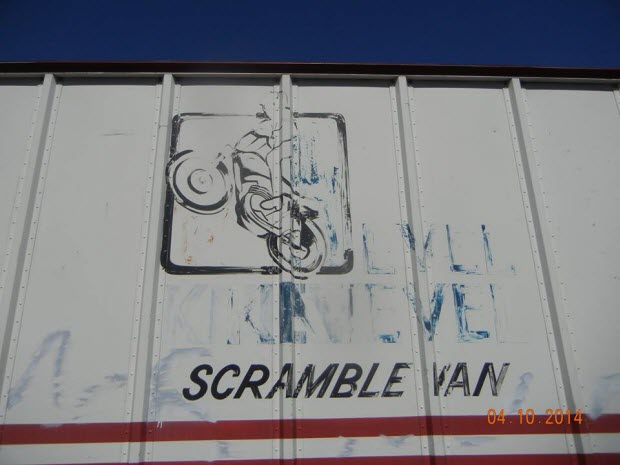 For the better part of the last three decades, at the corner of Winter and Water Streets in the city of Worcester, Massachusetts, there was a single-axle trailer parked in a fenced-in lot. If you drove past it, the paint scheme might catch your eye, but only a few people paid attention to it. That trailer belonged to Evel Knievel’s road crew. Suddenly, it disappeared, and a lot of people wondered where it went. Now it’s in a different location, and it’s got caretakers that know what to do with it. 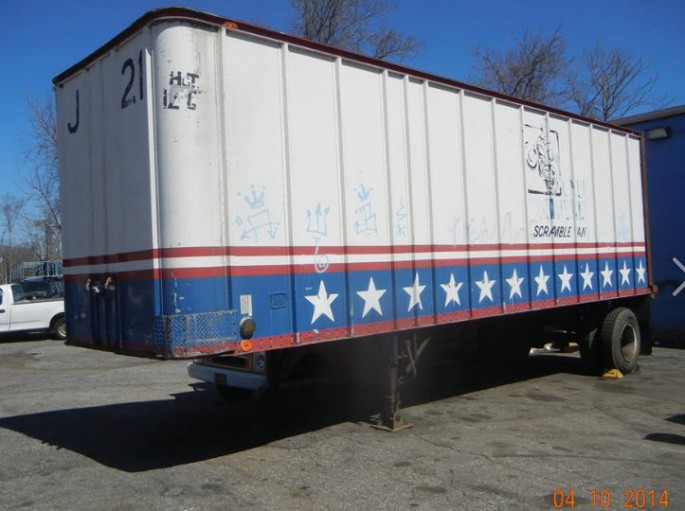 On the surface, Worcester is a gritty, former industrial giant 40 minutes west of Boston. But there are 10 colleges here in the second largest city in New England, including WPI, UMass Medical School and The College of the Holy Cross. Holy Cross’s Fitton Field is where Evel Knievel made his last appearance in the Northeast, and his second-to-last successful jump in 1976. How he got to this place — between jumps at the Wembley Stadium and Seattle’s Kingdome, both broadcast on ABC’s Wide World of Sports — is a story in itself.

Back in the time before plastic toys were manufactured exclusively overseas, small manufacturing companies cranked out kid stuff by the cartload. One such company — Come Play Products — was located at 44 Suffolk Street in Worcester. It had been manufacturing inexpensive toys since the close of World War II.

For Evel, the moneymaker wasn’t strapping himself to a rocket and plunging into the Snake River Canyon. The real dough was in all the stuff he could sell with his likeness on it. By the middle 1970s, he had his face on pillowcases, sheets, trash cans, Thermoses, lampshades, belt buckles, bikes, beach towels and even an electric toothbrush. In Stuart Barker’s great book The Life of Evel, there’s a story about a toy that never got made: “One toy I’d like them to make is my own idea,” Evel said in an interview. “You wind it up and it goes like a little bugger, goes across the floor, grabs this little Barbie doll, throws her on the floor, gives her a little lovin’, jumps back on the motorcycle and goes whizzing out the door screaming ‘G.I. Joe is a…” well, you get the picture. Evel was never politically correct.

Ideal was the toy company most associated with Evel Knievel toys, but Come Play Products in Worcester had some of the contracts with Ideal to manufacture parts of the Scramble Van, a super-cool action set featuring Evel’s own camper, with furniture, an action figure, a bike trailer and a set of accessory ramps. 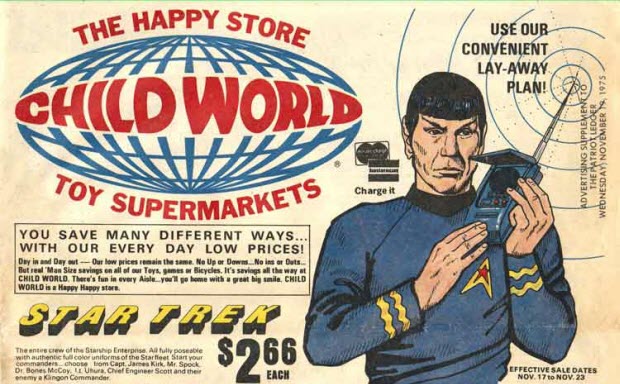 At the same time, a chain of toy stores based in Massachusetts called Child World was selling Evel Knievel products like they were going out of style.

This may be surprising to some of you younger readers, but pre-Amazon.com, you actually went into a physical “store” and exchanged “cash” for toys, and in toy retailing in those days, Child Wold was a monster. Based in the southeast Massachusetts town of Avon, Child World had 182 stores across the country, and was the second largest toy retailer in America behind Toys R Us.

Evel knew where his bread was buttered. Come Play Products was cranking out his toys, and Child World was selling them like cakes that were hot. So between his ill-fated jump at Wembley Stadium, where he broke his back and pelvis in 1975, and his last jumps broadcast on ABC’s Wide World of Sports, Evel made the trek to Worcester to pay his respects. 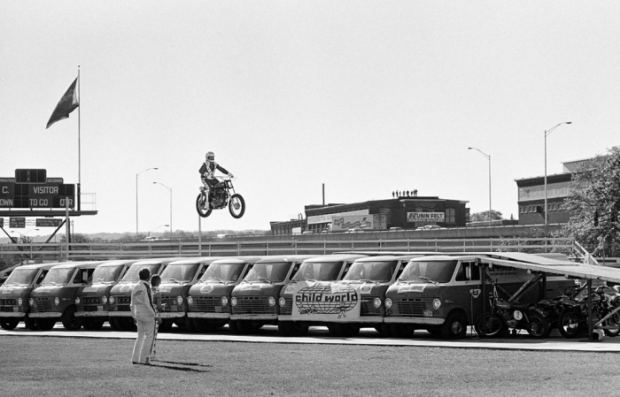 Worcester seems like a weird place to have one of the most recognized figures in the world come and jump a bunch of vans. A news item from October 9, 1976 explains: “The jump was originally scheduled for Schaefer Stadium, but had to be canceled.” Schaefer Stadium is the original facility in Foxboro, Massachusetts where the New England Patriots play. Given the footnote below, the reason it had to be canceled had to have been over money.

At the new location at Fitton Field, Child World had their banners stretched across the 10 Ford Econolines he jumped successfully. On the timeline on the official Knievel website, it also notes that Robbie — just 14 at the time — successfully jumped four trucks at the same venue, kicking off  his career as a daredevil.

There’s a really short clip of Knievel cranking wheelies on his Harley-Davidson XR-750 at Fitton Field on YouTube: 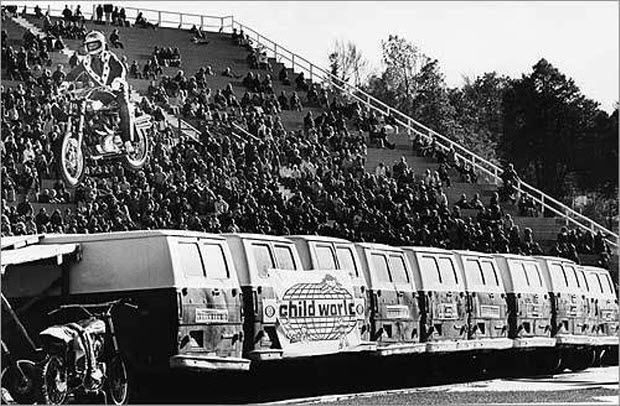 Come Play Products eventually went out of business in the 1990s, though, and the Scramble Van trailer sat in that lot at the corner of Winter and Water Streets for decades, and was even a feature in the Worcester Telegram & Gazette at one point in the 1990s. Then, suddenly it disappeared, and Worcester car nerds wondered what happened to it.

It’s now residing at Brooks’s shop at 69 Armory Street in Worcester. On Blue Collar Vintage Salvage’s Facebook page, Anthony wrote, “Surprisingly it is a solid dry unit and may end up with a new home or stay here for storing treasures in.”

Given the attention Knievel’s touring rig got when it was restored a few years back, we wouldn’t be surprised to see this get matched up with a vintage tractor at some point.

Footnote: It wouldn’t be an Evel Knievel jump without some controversy. In on October 12, 1976, the Associated Press ran the following item:

“WORCESTER, Mass. – Daredevil motorcyclist Evel Knievel, who kept a fatherly eye on his son making his first jump, should’ve been watching the cash registers instead.

Knievel claims that the promoters of his appearance at Fitton Field here disappeared with the gate reciepts estimated at $20,000.

The stuntsman maintained his contract called for all the gate proceeds to go to him. They did not.”

Watch The Gumout Top Fuel Team Tear Down And Rebuild A Nitro Burning Hemi In Less Than Two Minutes! Grand Plan: A Vega Hot Rod Project You Can Get For Only Ten Hundred Dollars!