One Step Beyond Radical Overkill: The Hennessey Mammoth 6×6, Complete With Hellephant Power 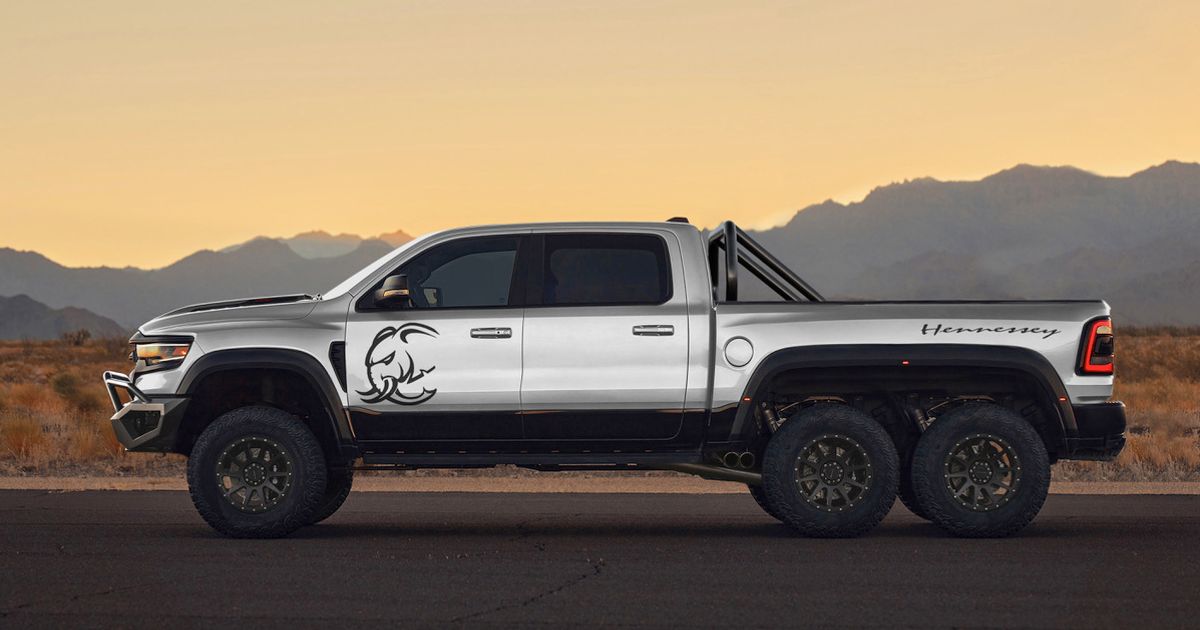 In 1996, Dodge showed off the T-Rex 6×6, a six-wheel-drive beast with an 8.0L V10. Back before Daimler entered the scene and shut the party down, Chrysler was on a roll with turning concept cars into production pieces and the moment the bronze tri-axle truck debuted, pickup fans were salivating enough that cleanup workers in Las Vegas were armed with mops, buckets and dehumidifiers. Chrysler had swagger back then…the Viper was fresh, the Ram had been a runaway smash hit, and with the LH sedans, the “cloud cars” and the Neon all doing well, there was a fairly good chance that if Bob Lutz liked the response, the truck would be produced. Sadly, it wasn’t. But now Hennessey is going to produce something…well, kind of like it.

They call it the Mammoth. They are only building three of them, all three packing a 1,200 horsepower Hellephant crate Hemi V8, all three upgraded with an off-road oriented suspension, all three wearing the off-roading bits like bumper modifications and roll bars and LED lights that are commonplace. And they will be expensive. Like, “24k Gold” expensive. $500,000, which includes the base Ram Rebel TRX that the conversion process starts with.

The team at Hennessey Performance Engineering (HPE) is planning to build the biggest and most powerful truck in the company’s 29-year history.  HPE will soon be building a 6X6 conversion of the 2021 Ram TRX truck.  However, the 702 bhp factory Hellcat supercharged V8 will be replaced by a specially tuned 7.0L Hellephant engine that will deliver over 1200 bhp.

Since 2017, the Hennessey team has built and delivered a total of 15 VelociRaptor 6X6 and GOLIATH 6X6 trucks to clients from around the world, making them some of the most exclusive vehicles ever produced by Hennessey Performance.  Hennessey will only be building a total of three Mammoth 6X6 Hellephant-powered Ram TRX trucks which will make it the most powerful and most exclusive truck ever offered by the company.  It will also be the most expensive with a cost of $500,000 which includes the base Ram TRX.

“We are very excited about the Ram TRX,” said company founder and CEO, John Hennessey.  “MAMMOTH 6X6 powered by a 1200 HP Hellephant motor is just a completely ridiculous idea, which is exactly why we are doing this.  We are only going to build three examples which will likely make this the most exclusive and most expensive truck we’ve ever built.”

In addition to its all new 6-wheel drive and all new truck bed conversion, MAMMOTH 6X6 will have a fully upgraded off-road suspension, bespoke interior, upgraded front and rear bumpers with upgraded LED lights and more. 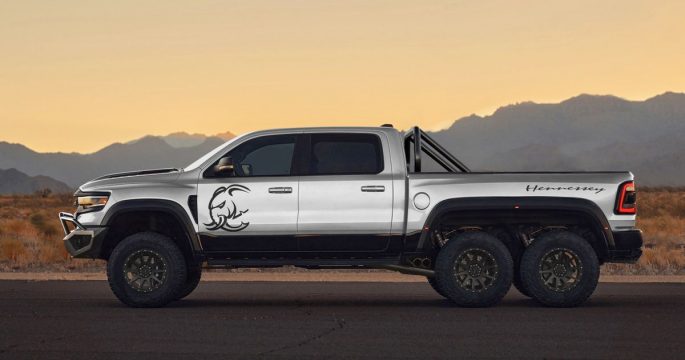