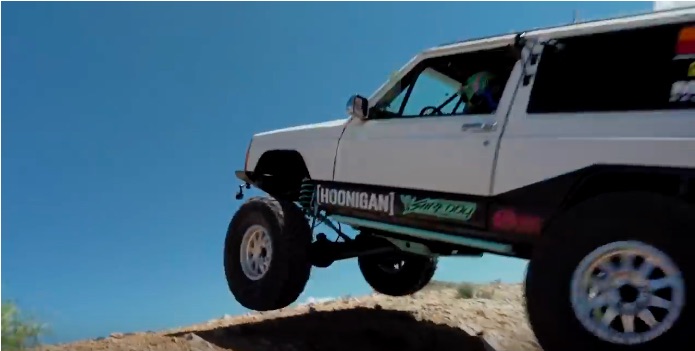 Three weeks and $10,000 to put together something fun sounds like a dream gig to us. And for Brandon Cox and Blake Wilkey, it has been. Hoonigan gave them ten thousand bucks each, told them to find a sport-ute and with whatever money was left, to build a desert romper, and for the past three weeks we’ve seen a Ford Explorer that was destined to be in a scrapyard and a Jeep Cherokee that was your typical low-buck Craigslist affair get turned into competent trail flyers that we’d happily love to thrash on. Wouldn’t you?

Now, this being a show, of course there is competition involved. And there’s more than just seeing how far an Explorer can fly involved here. The quality of the craftsmanship, the details of the build, even how the teams spent the money provided are all being judged to see who did the best overall job of putting their rig together. We would have trouble picking which one we’d like to take home…the Jeep looks more sorted, the Explorer looks like the fun beater race rig that you’d take anywhere. Which one is going to be crowned the winner of the first Build & Battle? Click on the video below to see!