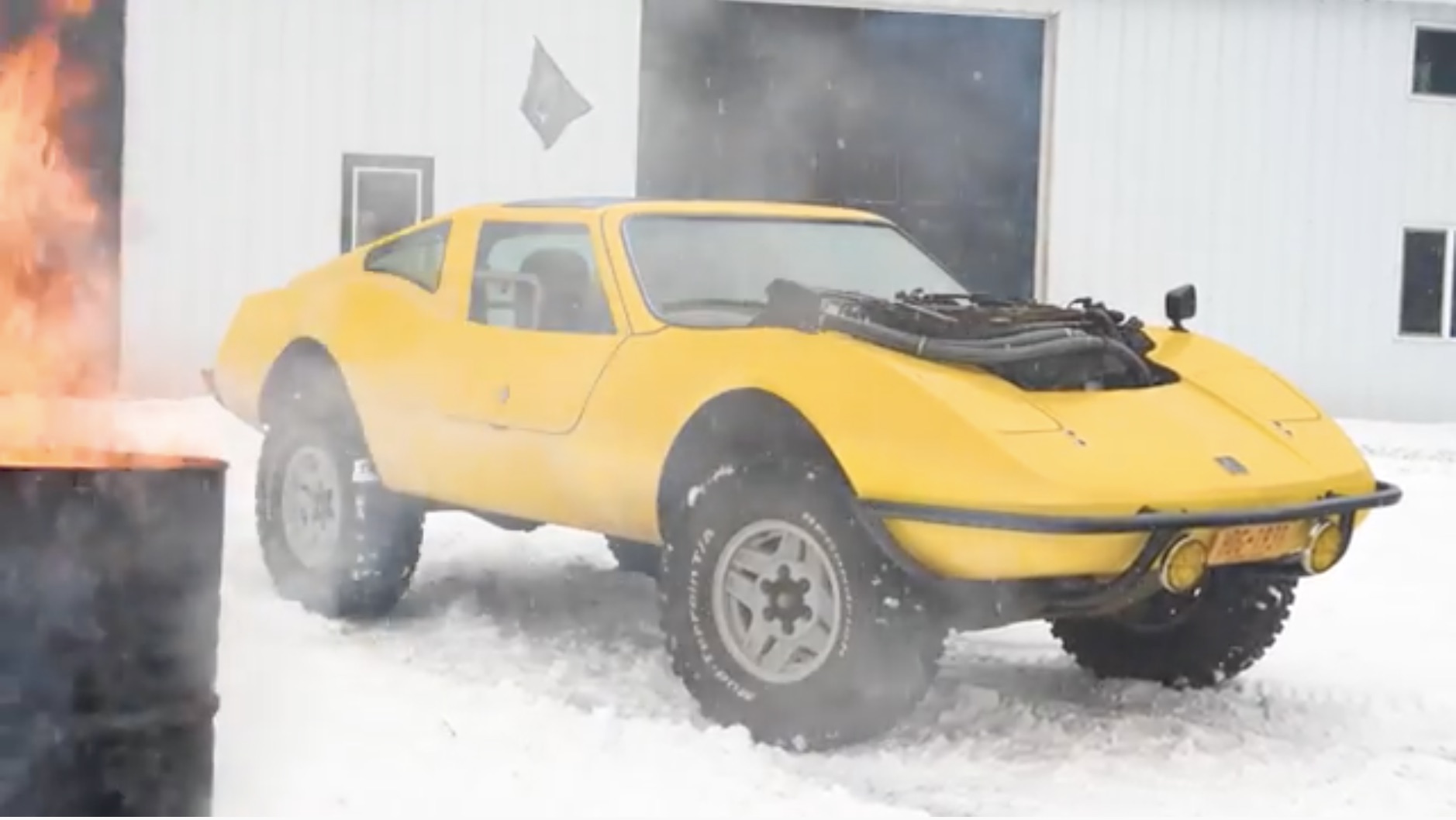 Bradley GTs are a strange beast to me. Like just about every other VW-turned-sports-car kit I’ve seen, they have the looks, but they have the disappointment of the VW air-cooled out back and they have all the interior room of a kid’s toy box inside. I don’t know if they were expecting children to build and drive this machine, or if the designer of the Bradley was five-foot-three, but I have had an easier time trying to cram into a Lotus Elise than I did a Bradley. That’s here nor there though, I thought they were pretty cool and could be something. Except, I don’t see them done. I see half-finished kits that are boldly going nowhere, rotting on flat tires under a carport somewhere, than I have seen actually moving under their own power. Usually while buried under a tarp, owned by someone who wants to espouse just how rare and special their algae-covered hulk really is.

This Bradley, I want badly. Mainly because there’s a small chance that I could fit inside, mostly because it’s a remote-controlled car come to life. This is the kind of thing that usually happens when two half-built model kits get combined into something absolutely amazing. The upper end is obviously Bradley GT, but the bottom half is Toyota truck. Other than the engine sticking halfway out of the very thin nose section of the Bradley, it’s good. And even then, there is no reason to complain. It’s a bright yellow sports car built for the Gambler 500 that I’d rock just about anywhere.

Provided, of course, that I don’t need to touch my knees to my chest to drive it.

Rough Start: 1972 Mercury Comet - Go Ahead And Revive This! Not All Throwout Bearings Are The Same! How Quick And How Smooth Depends On Application. McLeod Has You Covered.