This Mud-Running Ford Bronco Is A Beast! Wheels Up In The Mud From A Dead Launch!

Mar 07, 2016Bryan McTaggartBangShift XL, FORD, XL VideosComments Off on This Mud-Running Ford Bronco Is A Beast! Wheels Up In The Mud From A Dead Launch! 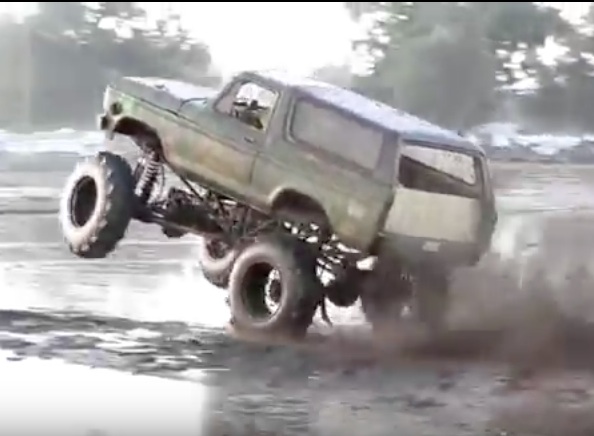 Traction in the mud…yeah, this big Bronco has it in spades. It’s also got enough power to hang the front end in the air from a dead launch in the mud! This is the John Deere Bronco and can be found in any mud pit in the south, though truck and owner Michael Whiting call Tallahassee, Florida home. We would love to know what is powering this monster for certain, but we’ve heard that underneath that green hood is a 496 Chevy hooked to a Powerglide. That would explain why the Ford launches like a drag car, now, wouldn’t it? Whiting isn’t scared of the long pedal on the right one bit and has a reputation around the bogging community as a balls-out driver. Make no mistake, this is one bad SOB and it will go wherever Whiting tells it to go…left, right, or straight up into the air!

One Last Blast Of Photos From The 2016 RPM First Blood Winter Test At PBIR Wheelies, Launches, and Action From Famoso Raceway During Saturday At The 2016 March Meet