May 30, 2014Chad ReynoldsBangShift NewsComments Off on Noted Car Collector Ron Pratte Is Selling His Entire Collection At Barrett-Jackson In Scottsdale! 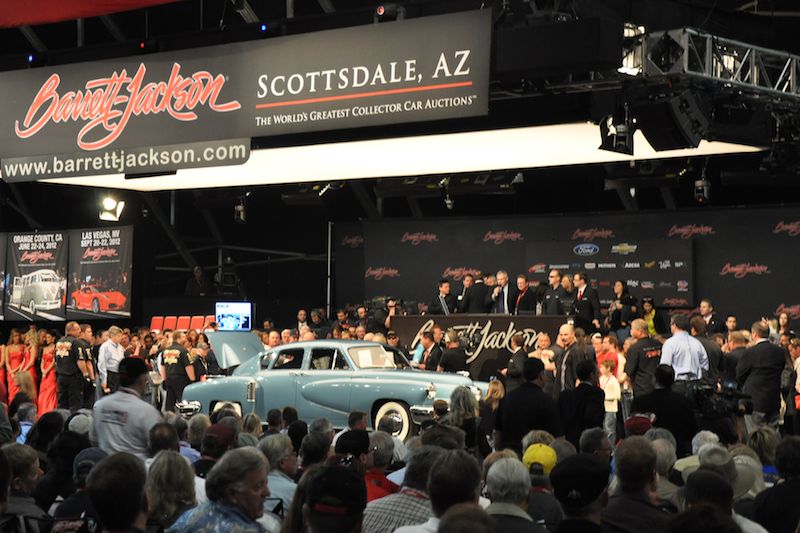 Barrett-Jackson has just announced that ultra famous car collector Ron Pratte is going to be selling off his entire collection at the Barrett-Jackson Auction in Scottsdale. Pratte is known for being the guy up front at every Barrett-Jackson auction, and who spends money not only to build his collection but also for a variety of charities. He’s even been known to buy a car at auction to support a charity, only to give it right back so it can be auctioned off again. We aren’t sure exactly why he’s decided to get rid of everything, but word on the street is he’s got everything he wanted.

For Pratte it was the thrill of the chase, and he’s chased down every car he cared to collect. What’s most interesting about his to us is going to be the final amount that everything goes for. Pratte has been buying cars for long enough that the value of some of them has changed dramatically. Will he take a bath on some and make a killing on others? And does a guy worth hundreds of millions of dollars care?

We’re working with our guys at Barrett-Jackson to get a sneak peak at some of the cars that will be offered, before they let the complete catalog out in the next few weeks. In the meantime we do know that his collection includes some cool pieces like Carol Shelby’s original Super Snake, which was Carol’s personal car. He also has muscle cars of all kinds, including Hemi Cuda’s, Camaros, Mustangs, and more. It’s also not unusual to see a cool station wagon, Ferrari, fire truck, or Futureliner motorhome in his giant Chandler Collection.

We’ve never had the pleasure of visiting Ron’s place in Chandler, but the pictures we’ve seen are amazing. He is also supposed to be selling more than 1000 pieces of automobilia along with the car collection. We only wish we had hundreds of millions so we could just buy the whole building, cars, automobilia included.

Stay tuned, we’ll fill you in as we hear more. 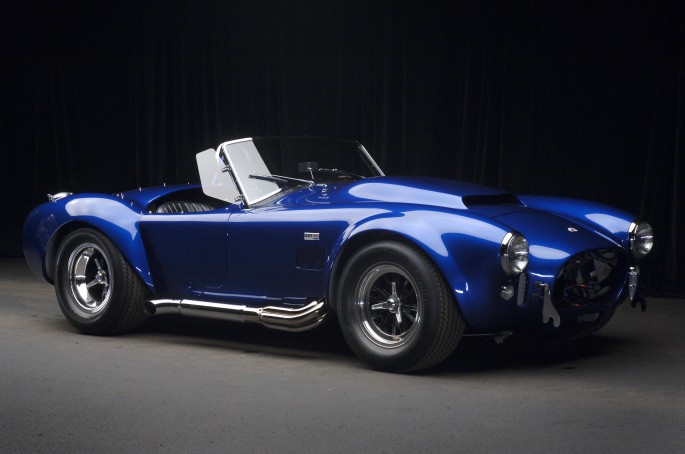 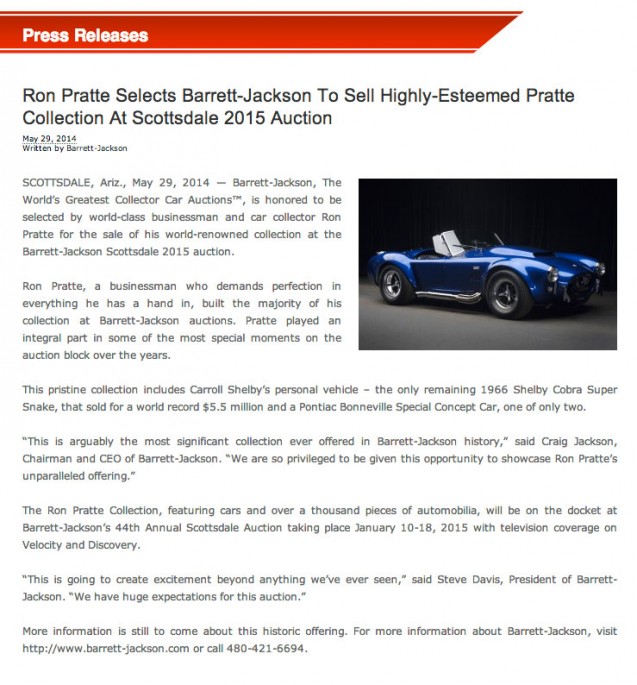 Crazy Photos: The Most Insanely Used Up Brake Rotor in the History of Mankind This Winnebago Burns The Hides Better Than John Force! A Motorhome Burnout Video You Won't Believe.