Party On I-95! Two Trucks Loaded With Beer And Chips Crash Into Each Other In Florida!

Mar 26, 2016Tony SestitoBangShift NewsComments Off on Party On I-95! Two Trucks Loaded With Beer And Chips Crash Into Each Other In Florida! 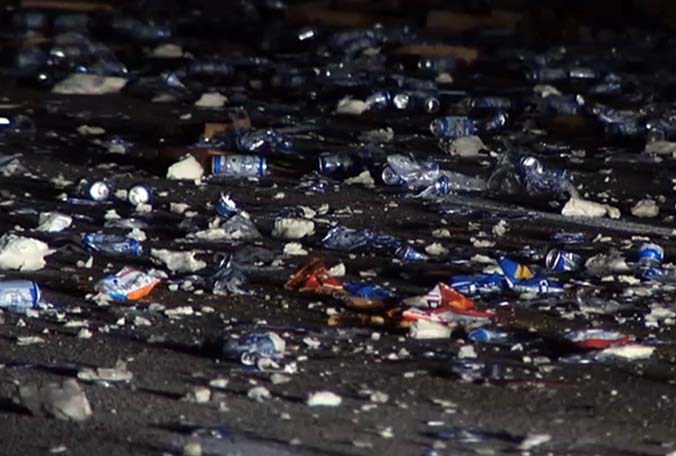 Ever get caught in traffic out on the highway, wondering what happened to cause you to sit there all that time? I know I do. I’m sure you do too, but do you ever imagine the result of the accident being something ridiculous enough to resemble a bad TV commercial? That’s basically what happened down in Florida on Tuesday. A semi carrying a payload of Busch beer was cruising down I-95 in Brevard County, Florida when it tried to switch lanes, but there was someone already in that lane. When the driver swerved back over to correct himself, it smacked a delivery truck filled with Frito-Lay products that was pulled over on the side of the road with mechanical issues. As a result, both trucks spilled their contents all over the highway, causing an instant party to break out! All of that is true, except the party part (that we know of).  Yes, this actually happened, and of course it happened in Florida. 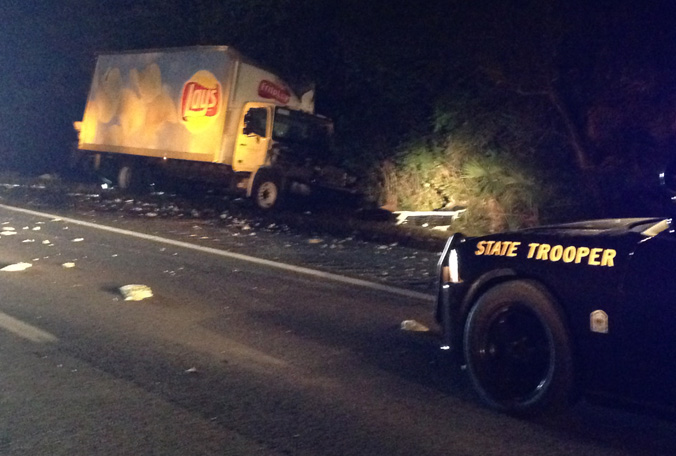 That box truck got jacked up pretty bad! Looks like the top of it ripped open, exposing the crunchy goodness inside to the roadway.

According to reports, neither driver was hurt, but the driver of the semi was cited on scene for failing to drive in marked lanes. Officials stated that the products spilled everywhere were “too damaged” to salvage, so they had to “toss it all out”. Sure… no wonder why it took them four hours to clean up the spill! 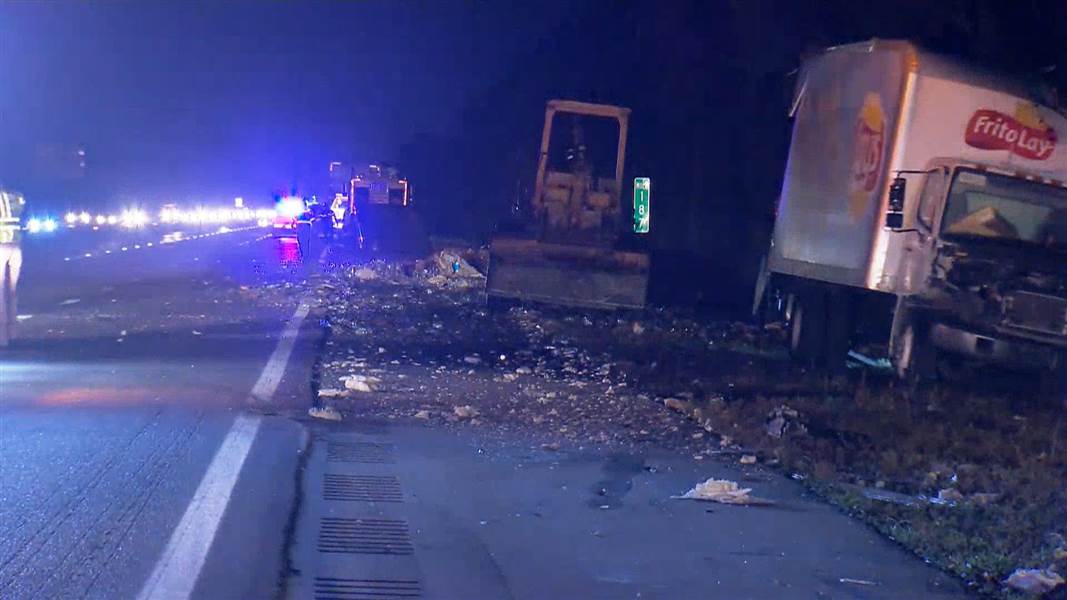 No official word on if the clean-up crews have recovered from their hangovers yet.

Check out more info on this bizarre crash, including a video of the scene over at the Orlando Sentinel’s website!